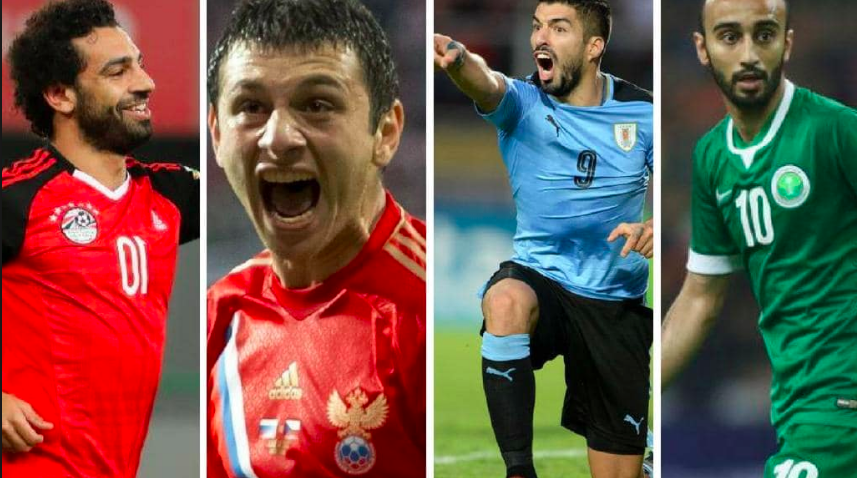 Group A features some of football’s most intriguing storylines. A country increasingly isolated on a political front welcoming the world in its arms in the form of Russia features in it. They have a lot of incentive to do well, as do Uruguay. They play their football in a free-spirited, risk-taking manner and will offer lots of entertainment. Also, featuring are Egypt, an entire nation behind Mo Salah, almost a religious figure in their land. While heartbreak ensued in the Champions League final for Liverpool and Salah, he would have dreaded nothing more than missing the tournament. He will be doubly motivated this time. And of course, there is Saudi Arabia, with their experienced lot. They are certainly not here to make up the numbers and will play a fair part in deciding the group’s outcome.

Uruguay, as is the case of Argentina and Brazil, represent football-mad nations. In these realms, it does not matter whether you have a degree, a job or a family. Football is an obsession in these parts, the first thing one thinks of after waking up and the last before bed. Uruguay enter the World Cup with flair and charisma, individual fire-power and great work rate; characteristics of all South American teams. Headed by Oscar Washington Tabarez, a grand old manager of 71 years, the team is in safe hands. Having managed for over 30 years, this is a man well versed in his trade. Fernando Muslera is expected to start in goal. The Galatasaray man remains an agile, capable keeper with an experience of 90 caps. 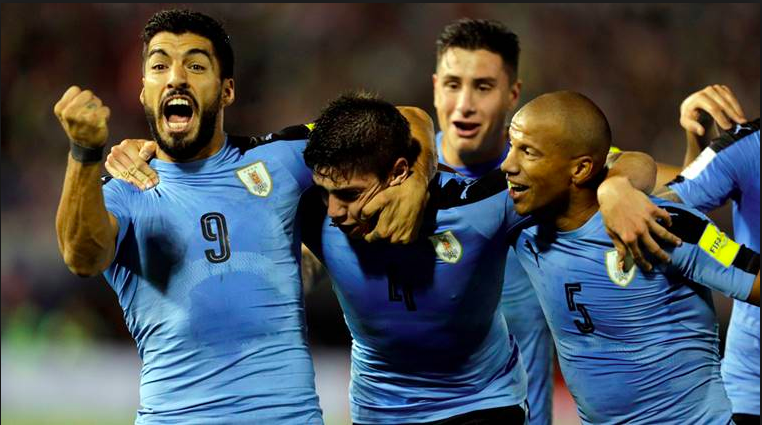 Diego Godin will feature at the back. A man who doesn’t give an inch, Godin forms a wall at the back-line. He is likely to be partnered by Martin Caceres. Maxi Pereira is likely to start at right back,and his 125 caps will offer a great deal of experience. Jose Gimenez forms a good option, and might even land the Centre-Half spot given his relationship at club level with Godin at Atletico Madrid. Cristian Rodriguez can occupy the left of midfield role, and his direct game can create chances. Gaston Ramirez is expected to play an attacking midfield role and will have to feed the fire up front. Matias Vecino can form a foil to him, sitting back and releasing out-balls.

Up front is where Uruguay pose a lethal threat,with Luis Suarez and Edinson Cavani. Not only are the pair lethal marksmen, their selfless approach to play others in and track back makes them great assets. Their ice-cool composure in front of goal will prove handy to Uruguay. And maybe make this grand old footballing country smile broadly.

Egypt, a magical land. Full of pharaohs, pyramids, deserts and fables, one of their own now writes his fairy tales on the football field. Mo Salah has become as much a force for good in his country as a footballing god. Which is why the uproar sparked nationwide following his injury in the Champions League Final is understandable. Thankfully, he is expected to make the tournament. But for Egypt to get out of the group, they need more than their Messiah whose heroic penalty got them here. Manager Hector Cuper has his eyes set on a round of 16 place,and it’d be quite the feat to make it alright. 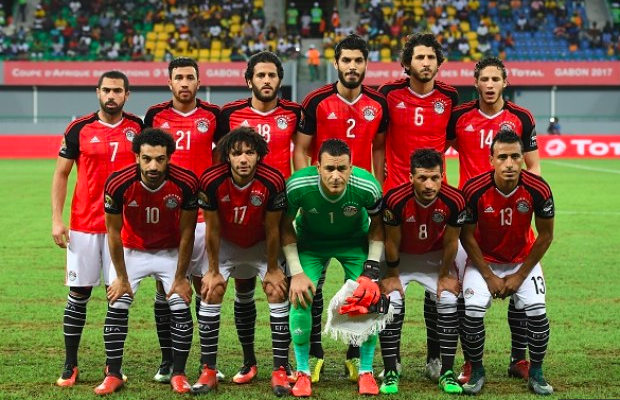 Keeper Essam El Hadary could become the oldest player at a World Cup, and to have 122 caps at the age of 45 is no small deal. Ahmed Hegazi is the expected Centre-Half, and his Premier League experience at West Brom will be handy. Omar Gaber is expected to occupy the Right-Back role, and on the Left-Flank he will be complemented by Mohamed Abdel-Shafy. In midfield, the bite of Mohamed Elneny with his shots from range offers a good skill set. Ramadan Sobhi of the ill fated Stoke City can feature as a winger. Mahmoud Hassan is also expected to feature in Cuper’s plans, and his experience from his time at Anderlecht can prove useful. Amr Warda from the Greek league is the attacking midfielder, and his link with Salah will be the way Egypt create chances.

Up front will be the main man. Salah’s ability to create something out of nothing, pop from wide out to inside the goal box and make sharp runs still represent Egypt’s best hope in games. It is upto Hector Cuper to set up the team in such a fashion that Egypt stay in games long enough to allow Salah to turn them when the time comes. And that time isn’t far away.

Host nation Russia stands at the edge of a month of festivities starting in their nation. Given recent frostiness in their global relations, the World Cup represents a chance to thaw some of the ice. Their football team will want to do Mother Russia proud. With over 500 appearances for CSKA Moscow, Igor Akinfeev will be the goalkeeper, a more than capable one. Sergei Ignashevich, 38 years and gifted technically, has bags of experience at Centre-Back.Whether his age allows him to start games is to be seen. Fyodor Kudryashov should have the Left-Back spot sealed. Igor Smolnikov of Zenit will be the Right-Back. Options include Vladimir Granat and Fyodor Kudryashov, who while inexperienced at the national level, have been around the block at clubs. 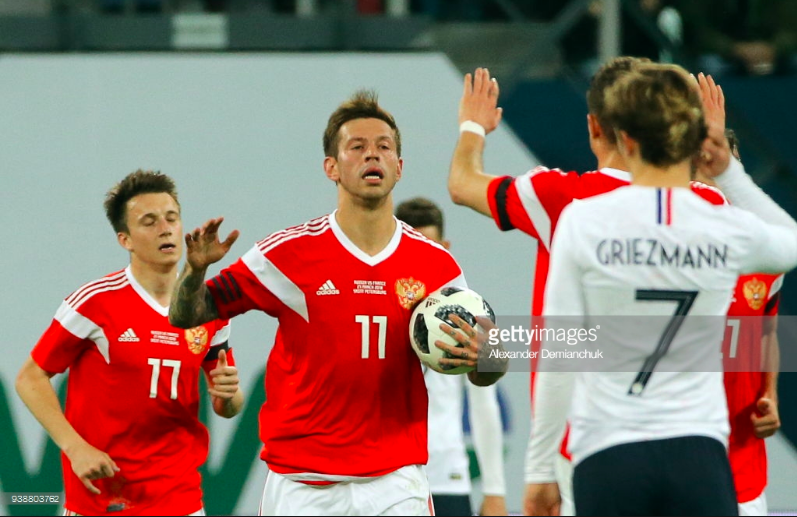 Alan Dzagoev will occupy the central midfield slot, and his presence in multiple domestic title winning sides at CSKA Moscow means he has the right mental make up. His team mate at club level, Aleksandr Golovin can play alongside him in the centre. Aleksandr Samedov is expected to feature at Right-Wing, and his style is simple yet effective. His crosses into the box and good deliveries from dead ball situations represent means for Russia to score from. From the left, Yuri Zhirkov is expected to feature. With 75 caps since 2005, he is a wise old customer. His passing and movement style offers a different approach style to Samedov down the right.

Fyodor Smolov is a very bright spot up front. His dribbling, ability to beat men and pick passes as well as an eye for goal make him an exciting act. He will however have to pull his socks up and put in a better shift off the ball than he has been till now. 12 goals in 32 games is a good record, but he will need to be lethal given the stakes at this level. Head coach Stanislav Cherchesov has imposed a disciplined attitude in his players, and with the technical skills they have up near the final third, expect a few breakaway goals and wins from them.

It is often easy to vilify Saudi Arabia. They’re after all the nation that gave football its ‘money monsters’,the likes of Manchester City. But there is no denying football is increasingly becoming a coveted market of the many wealthy there, a truly global and immortal product to cash in on. The rise of clubs fuelled by oil has brought more fans and quality to the game. And the nation has managed to lure the likes of Mark Clattenburg and Xavi to its league as well.

Preparations for the world cup are far from ideal however, with two coaches having been fired in the build up. Juan Antonio Pizzi will now have to get his squad motivated and ready for the fight in double time. Yasser Al-Mosailem will start in goal and has 32 caps to his credit. The Left-Back role is occupied by Mansoor Al-Harbi. The rock at the back is Osama Hawsawi, a Centre-Half with 135 caps. In the mix of the team since 2006, he offers experience one does not see in teams at this level usually. His partner in defence is likely to be Omar Hawsawi, and while his 43 caps pale in comparison to Osama’s tally, it is still a good experience. 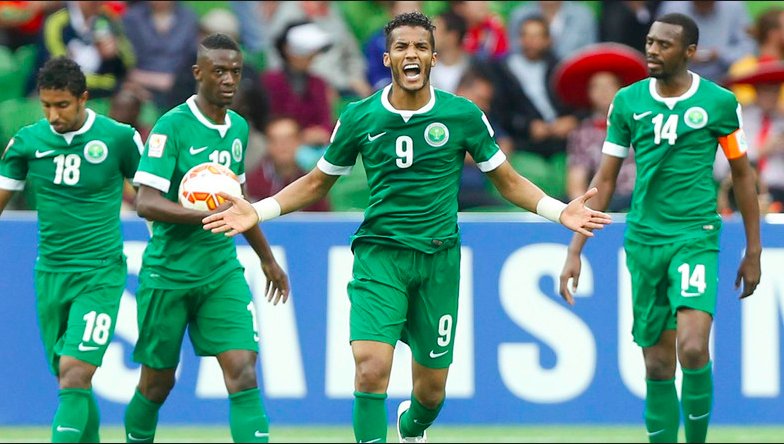 Vice captain Taisir Al-Jassim of Wolves holds 132 caps and is described with pride by his countrymen as one of the finest footballers their country has had. Gifted on the wing,10 slot and central midfield, he offers excellent versatility. His ability to spray long balls and take shots makes him a good component. Yahya Al-Shehri takes the Left-Wing spot, while Salem Al-Dawsari of Villarreal takes the right side. Mohammad Al-Sahlawi is a preferred option up top and has a knack for getting goals. Saudi Arabia have not won a game at the World Cup since 1994, and they face an uphill task here as well.

Uruguay hold the aces in this group, and their firepower and experience at big stages should see them top the group. Russia’s technically skilled players used to Europe’s circuit should see them make second. They will have to jostle with Egypt, but a reliance on Mo Salah can only get them so far. Salah thrives on Klopp’s attacking system and a fluid link with Firmino and Mane. Without the lack of a similar level of quality, Salah will find it hard. Saudi Arabia seem resigned to the final slot, and while they have a few experienced players, a lack of players at top levels and technicality compared to the rest makes them cannon fodder. Group A features some interesting games, from which a lot will be revealed. It will offer us a glimpse of Uruguay’s prospects this time, and the second team qualifying will treat every game in the knockouts as a free hit. And that will set up some brilliant games, at the biggest carnival in football.