The wait is finally over. The day has arrived! Billions will be watching from all around the globe, as the biggest carnival in the world kicks off! 736 players, 32 teams, 1 winner.

We’ll guide you through all the details before the big game at 8:30 PM. Stay with us as we build up to the Group A opener – Russia vs Saudi Arabia

We are all set for the opening ceremony! 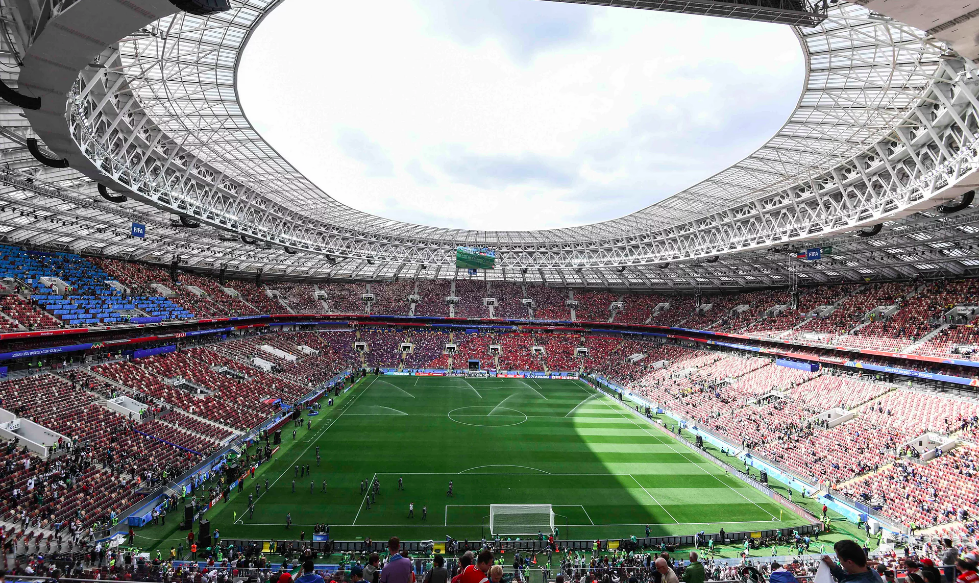 The World Cup is in the house!

This is what the 32 teams will be fighting for over the next month!

Russia will be depending on the experience of goalkeeper Igor Akinfeev when the host kicks off their FIFA #WorldCup campaign against Saudi Arabia in the tournament's opening match. pic.twitter.com/aM9fPuuSUk

The Luzhniki Stadium is beginning to fill up!

We are just half an hour away from the start of the opening ceremony.

“The opening ceremony will focus on a series of musical acts, with Robbie Williams headlining.

Around 500 dancers, gymnasts and trampolinists will also be performing in the opening extravaganza that will pay homage to all things Russian

According to FIFA, the 2018 World Cup opening ceremony will have a slightly different format compared to previous editions of the tournament, with a particular focus on musical acts.” – Firstpost

Fantastic artwork by Aces_whip. Artists and writers have had a busy few days leading up to the World Cup, with all the new content being pumped out. The Gaurdian in particular have covered the build up exceptionaly well. 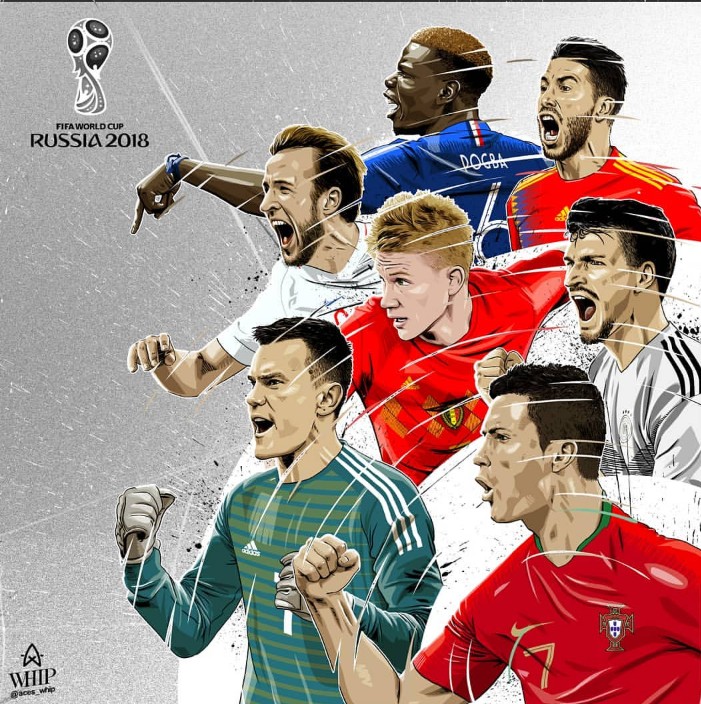 Who remembers Paul the Octopus? We’ll be hearing a lot more about Achilles this time!

Achilles, a deaf cat, has been designated the official results predictor for this year’s soccer World Cup in Russia, picking Russia to win over Saudi Arabia in the tournament’s opening game on Thursday. https://t.co/BN07LEAe17 pic.twitter.com/ugpdsDkZK8

The Pope has spoken!

I send my cordial greetings to all those following the World Soccer Championships that begin today in Russia. I hope this sports event may be a positive opportunity for encounter and fellowship.

Loving the artwork on this preview by ITV.

The #WorldCup starts on @ITV today!

We have The Opening Ceremony followed by #RUSKSA

A wonderful thread by James Montague. He relives all the beautiful stories from the FIFA World Cup Qualifying campaigns of Bhutan, Panama, Iran, Egypt etc. Worth a read!

Well, the #Rus 2018 World Cup is finally here. Here's Big Karl welcoming the world. But it has been a long long journey to get here, so here are a few stories from qualification around the world to get you in the mood … pic.twitter.com/6NrCtMPqby

Who stole the World Cup? 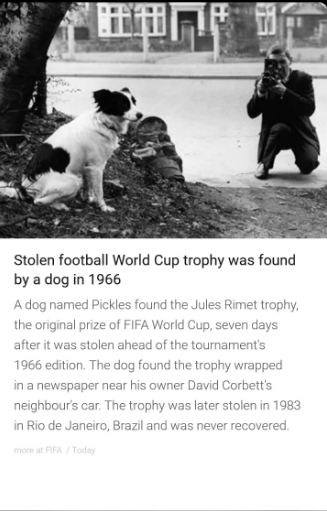 #WORLDCUP HISTORY | Lev Yashin's dynamic style of play was revolutionary for football, and he remains the only goalkeeper ever to have won the Ballon d'Or.

Here he is, chilling during the 1966 World Cup, wearing a shirt that currently resides in the #FIFAMuseum archive #RUS pic.twitter.com/v08NR5iBXJ

Well well well! The news everyone has been waiting for is finally here! Mohamed Salah is set to play in Egypt’s opening match!

Russia and Saudi Arabia’s Group A rivals, Egypt, have had quite the run to their first World Cup since 1990. Find out more about their story here:

Each World Cup has their own batch of breakout stars, the previously unheard bunch that takes the global stage by storm. Here’s who to keep an eye out for from Group A:

The Scout’s Guide to the World Cup: Group A

How’s this for a blast from the past? A dog named Pickles found the Jules Rimet trophy, the original prize of FIFA World Cup, seven days after it was stolen ahead of the tournament’s 1966 edition. The dog found the trophy wrapped in a newspaper near his owner David Corbett’s neighbour’s car. Safe to say it’ll be a bit harder to pull off such a heist in 2018.

Nothing gets us hyped for the World Cup like the official TV opening now, does it?

A reminder that today’s match could be the first time we see VAR in action at the World Cup finals. FIFA’s referee committee chairman Pierluigi Collina confirms VAR officials will be dressed in full referee kit, despite being in a studio far away from the ground… we’re all for VAR, but maybe that’s a bit much?!

The falcons are ready to take flight. The atmosphere outside the stadium continues to build. The hosts have home support on their side, but plenty in green of Saudi Arabia have made the trip!

ICYMI – Fernando Hierro, who takes over from Julen Lopetegui as Spain manager after yesterday’s extraordinary turn of events, is due for a press conference. Meanwhile Lopetegui is set to be officially unveiled as Real Madrid manager today as well. The games between club and country continue…

The opening ceremony before tonight’s kick off will see performances by Robbie Williams among others!

Very excited to be returning to Russia to perform at the opening of the @FIFAWorldCup – tune in early on Thursday for an unforgettable show! #WorldCup pic.twitter.com/skwCwt21SM

And we’re back! Just under 4 hours to go, and the tension is starting to build outside the Luzhniki Stadium! It’s easy to forget that today’s about the 3 points, with both teams up against it in Group A. Check out our preview here:

That’s all for the afternoon session guys! We’ll be back shortly! 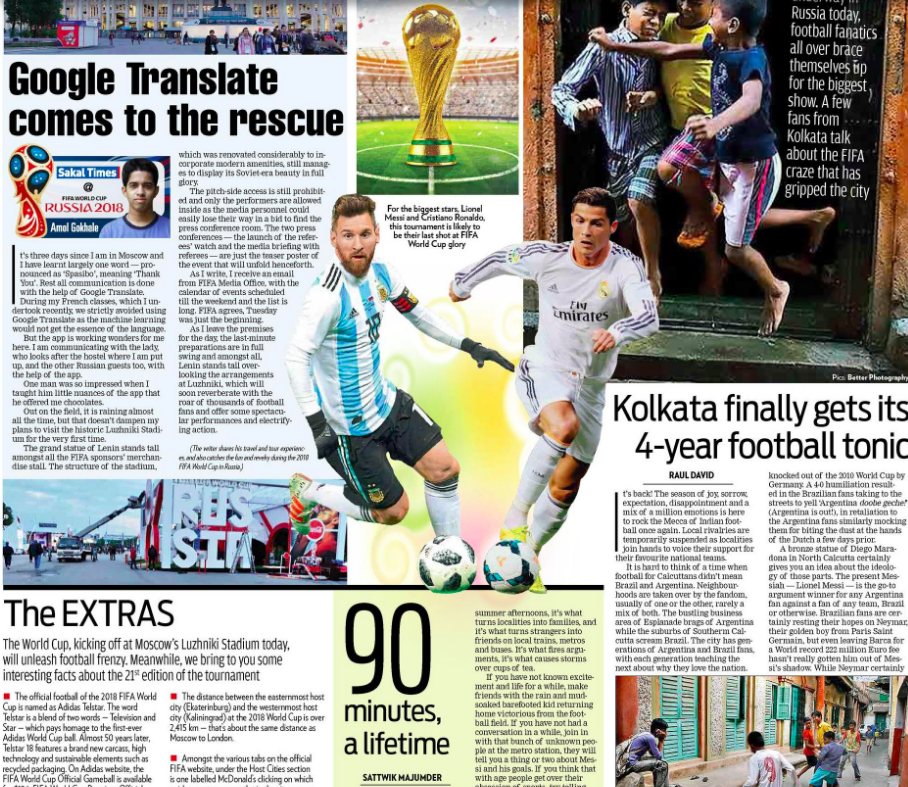 Ahead of the 21st World Cup, Genting Bet put together 21 stats sure to impress, including fastest goal, highest number of red cards and even furthest miles travelled to qualify. 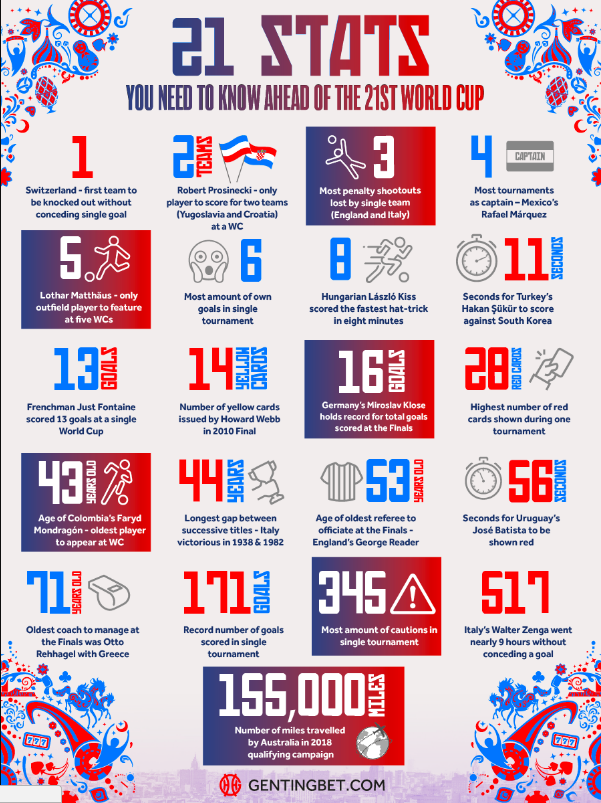 Check out all our Group Analysis’ over here.

Forgive me for going off topic here! But you need to check out this tactical preview made by Tifo! It looks at Germany’s chances of retaining the World Cup

Bloomberg Quint takes a look at the 5 most valuable footballers playing in the World Cup this year.

GOALS! Who doesn’t like goals? Let’s take a look at the greatest goals ever scored at a World Cup! This should take 10 minutes of your time. Trust me you are going to enjoy it, no matter how many times you have seen these goals.

Russia players training at the Luzhniki Stadium in Moscow before their opener with Saudi Arabia.

Saudi Arabia fans have been having a gala time thus far! They do BELIEVE. Let’s hope we get to witness a cracking match later today.

We compiled a list of players who we feel could make a huge impact in the World Cup.

On the day of the World Cup opening ceremony, it's always important to remember… HE HAD IT COVERED. #WorldCup pic.twitter.com/BzJJ3mIBib

5 – The 5 teams currently on the longest unbeaten runs ahead of the 2018 #WorldCup:

We have witnessed some earth-shattering matches in the World Cup in the past. We thought of reliving those matches yesterday!

Do have a read.

World Cup Matches that Shook the World in the 21st Century

Also, keep an eye out on these two players!

The World Cup kicks of tomorrow between the hosts Russia vs Saudi Arabia.

Two massive talents who will showcase their skills. 💎 pic.twitter.com/058P2T39VJ

With VAR to be used for the first time at the FIFA World Cup, FIFATV released a video 5 days back to guide us through how the system will work at the tournament. I think you should watch this one!

“The Saudis are one of seven teams at this World Cup from largely Muslim nations and their game tonight comes during the festival of Ramadan. Fasting during daylight hours is, of course, obligatory during Ramadan, which poses a few problems for the players. The Saudis’ situation has been further complicated by the fact they are based in Saint Petersburg, where summer days are lengthy – there is currently 18 hours of daylight to be precise. Paul MacInnes profiles the teams affected, and how they have found various ways of tackling the issue.” – Gaurdian 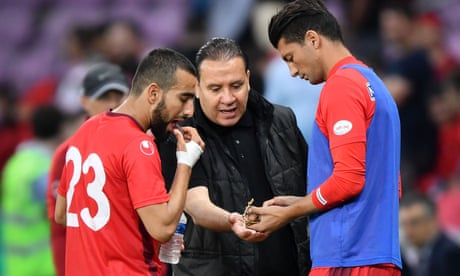 How seven World Cup squads have prepared during Ramadan

The Scout’s Guide to the World Cup took a look at the players to keep an eye from Group A. Today, our focus will be on Mario Fernandes from Russia and Mohammed Al-Sahlawi from Saudi-Arabia.

The Scout’s Guide to the World Cup: Group A

Here is the official match preview by FIFA.

Get the lowdown on the 🇷🇺Russia 🆚 Saudi Arabia🇸🇦, including expert analysis from our Team Reporters

Saudi Arabia putting in the work ahead of facing Russia in the opening clash at the World Cup. 🇸🇦 pic.twitter.com/WRpqc42YJz

You can take a look at the Russian and Saudi Arabian squads and how they might line up in our Group A World Cup Analysis article.

Here is an interesting piece on all the drama that unfolded in the Spanish camp yesterday. The Spanish FA found Lopetegui’s actions extremely unprofessional and took strict action in order to uphold their values.

Over the past week, there has been a lot of preview material that has been published. We forgive you for not having read all! I’ll try my best to guide you through the most insightful pieces before the opening match starts!

The wait is finally over. The day has arrived! Billions will be watching from all around the globe, as the biggest carnival in the world starts in less than 7 hours! We’ll guide you through all the details before the big game at 8:30 PM. Stay with us as we build up to Russia vs Saudi Arabia

#WORLDCUP HISTORY | Lev Yashin's dynamic style of play was revolutionary for football, and he remains the only goalkeeper ever to have won the Ballon d'Or.

Here he is, chilling during the 1966 World Cup, wearing a shirt that currently resides in the #FIFAMuseum archive #RUS pic.twitter.com/v08NR5iBXJ