You are here
Home > Originals > Wolves – Hunt or Be Hunted 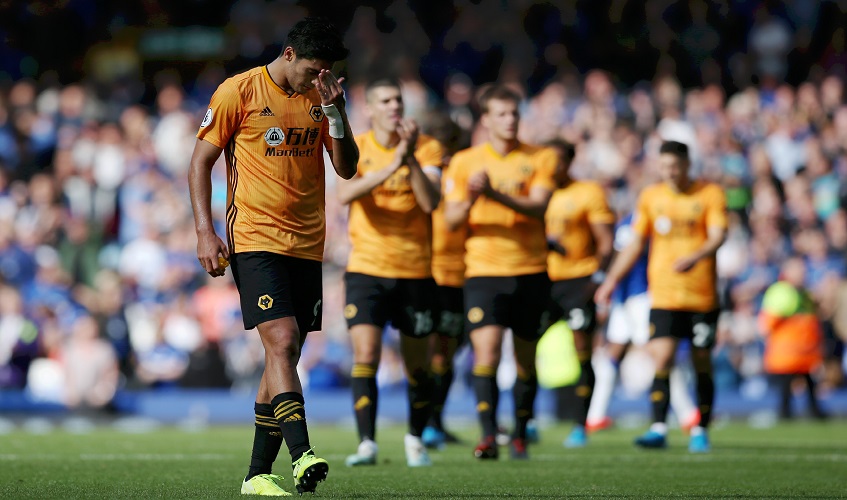 The first international break of the 19/20 season is underway and now is as good a time as any to analyse the potential highs and lows of the ongoing season for Wolverhampton Wanderers. 2018-19 was their first season back in the Premier League since they last got relegated back in 2012. But boy what a comeback they had. Wolves were quick to establish themselves as one of the ‘best of the rest’ in the Prem with one phenomenal result after another. They also showed their grit against the big boys, causing upset after upset when they played against each of the top 6, be it in the FA Cup or the league. Wolves racked up 57 points and secured a 7th place finish, booking a spot in the Europa League qualifiers in the process. An effort well worth commendation.

This season, however, will see them face many new challenges. The most daunting of them will be their hectic calendar. Nuno Espirito Santo’s men stormed their way through the Europa qualifiers, earning a spot in Group K in the Europa League group stage draw. With the addition of European football on Thursday nights, rest will be a rare luxury.

The Wolves staff meant business in the summer window. They secured a staggering 7 signings for the first team, which has gone a long way in improving their squad depth and quality. 2 of the most eye-catching arrivals have been those of Jesus Vallejo from Real Madrid and Patrick Cutrone from AC Milan.

The key problem area for Wolves last season was the lack of depth in defense. The signing of Vallejo will be immense in that aspect. Cutrone will inject freshness into the attack. Though Diogo Jota and Raul Jimenez formed a stellar partnership up front, they have another very capable man upfront to help shoulder the load. Pedro Neto, Leander Dendoncker, Bruno Jordao are also really smart signings. The Wolves midfield is now teeming with promising youth and quality. They have the perfect opportunity to learn under Santo and eventually break into the first team.

No Respite From the Job

Wolves will be playing in 4 competitions this season. With the addition of the Europa League to the existing roster of Premier League, FA Cup, and Carabao Cup, Wolves will have practically no time to catch their breath between fixtures. Professional footballers require about 72 hours to fully recover after a high-intensity 90-minute game. When the Wanderers will have European fixtures, they will not only have less time to recover before the league games on the weekend, but they will also have to cope with the exhaustion of travelling.

Thanks to the plethora of signings though, they will be able to frequently rotate the first team. However, this has its own issues. Constant rotation will not allow any given set of players to perfectly gel with each other and form an understanding. Additionally, the new signings will take time to adjust to Nuno’s system and the type of football played in the league itself. Not to mention the disparity in qualities of each differing lineup. Even if Wolves have one particular tactical setup, each player will initially play his role very differently and that may not always be a good thing. The quality of displays on the pitch will fluctuate and hence so will the results. And that, is a dangerous prospect for a team that runs on cohesion amongst the players.

Can They Replicate Their Success?

In conclusion, Nuno Espirito Santo has quite a bit of thinking to do. There are tons of interesting questions to ponder about. Should he or will he alter his tactics? If he does, then is it wise to deviate from a free-flowing attacking style that worked wonders last season? If he does not, then will the rigidity cost Wolves games? One thing is for certain, I would not want to be in Nuno’s place right now. Wolves have had a rocky start to the 19/20 PL season with 3 draws and a loss in their opening 4 fixtures. Maybe the European qualifiers have already taken their toll. Luckily for them, the international break will allow them to shape up and refocus.

They will have to come roaring, or should I say ‘howling’ back with renewed spirit. Wolves have a solid team bursting with intent and quality, led by a great manager. Logically speaking, it looks like they won’t do as well as they did last season but one can never be certain. At the end of the day, football is notorious for its unpredictability. They might have a solid plan going forward but they have to start grinding now. All that remains to be seen is if Wolves can stay toe-to-toe with their competition, or will the predators become the prey.