You are here
Home > Originals > Wolves: The Major Lesson Learned from 19/20 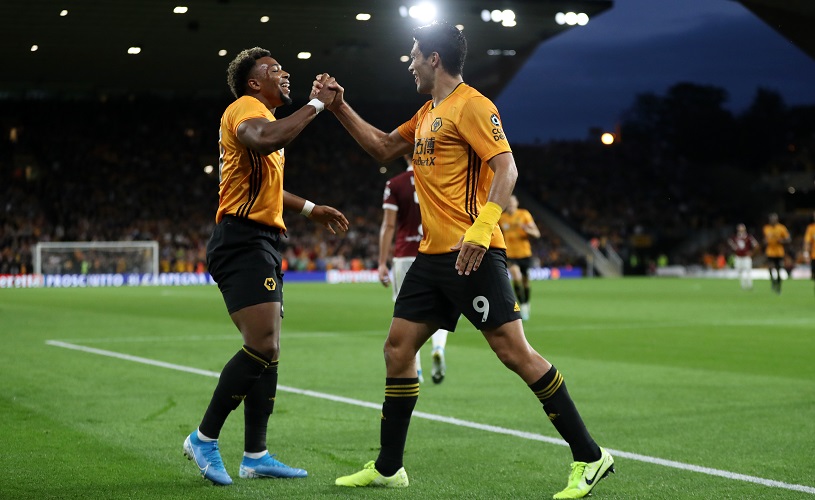 One month into the 19/20 season, EADF published an article recognising the battle Wolverhampton Wanderers were facing. Questions were being asked of the club’s form, as Wolves had drawn 3 and lost 2 of their opening 5 games, and they had to contend with the Europa League in upcoming months after qualifying for the group stages.

9 months later, and Wolves appear to have been largely successful this season. They demolished a mediocre Everton side last Sunday, and they should solidify Europa League football as well. They are 2 points clear of 8th place Sheffield. If not for the CAS decision on Manchester City, UCL football may have been possible, with the side 3 points off 5th placed Manchester United.

That is not to say they cannot get there another way. They have balanced a solid domestic campaign with a promising Europa League one. On the 6th of August, they will play Greek side Olympiacos in the second leg of the round of 16, after the first leg where Wolves tied 1-1 scoring an away goal in Greece.

Nuno Espírito Santo has performed well. Our writer mentioned in September the Portuguese manager had a lot of thinking to do in the first international break of the season. It is clear after the rocky start, Wolves managed to pick themselves up. In the games since their disappointing opening 5, Wolves have won 14, drawn 10, lost 6. Something clearly changed.

In Wolves’ opening 5 games, they persisted with a 5-3-2. This formation included a form of Jiménez, Jota and new signing Patrick Cutrone upfront. Adama Traore and Jonny were at wingback positions. Yet it was Cutrone who symbolised the big early issues in Wolverhampton this season.

Patrick Cutrone was a striker brought in from AC Milan, alongside over £50 million of talent bought over the season. This included Daniel Podence, Pedro Neto, Leander Dendoncker and Bruno Jordao. This business has been rather hit and miss. While Pedro Neto has impressed fans this season, with the 20-year-old scoring 3 goals and assisting 3 more in less than 900 league minutes, other players have puzzled the Molineux faithful.

Bruno Jordao was bought for £8 million in August from Lazio, and the CM had a dreadfully unlucky start to his Wolves career. On his debut for Wolves, he scored in the EFL Cup against Reading, before being stretchered off after 42 minutes. What originally looked like a twisted ankle, has led to Jordao failing to appear in any league games. He has been on the bench for Wolves since the restart, yet to make a sub appearance.

While Dendoncker has proved to be a good Premier League player, Patrick Cutrone is now on loan back in Italy. The forward, known for his clinical finishing after netting 10 goals at the age of 20 for Milan in 17/18, scored just 2 goals in the first half of the season. Unfortunately, he was part of the change at Wolves that rescued their season, and there was a clear turning point for this.

In early October, Wolves set up in their 5-3-2 formation with Adama Traore placed at RWB, away at Manchester City. Early on, Cutrone had the chance to score in an open 1v1 vs Ederson and sliced his shot completely wide. At 60 minutes, he was brought off the pitch, and Adama Traore was pushed up front partnering Jimenez. He would coolly finish twice, and Wolves won the game 2-0. His speed gave Wolves an attack City could not cope with, and they countered the blues expertly. From that point onwards, Wolves found the added power, creativity and boost they needed.

Adama Traore has gone on to score 2 more goals and assist 9 this season. He completes the second most dribbles in Europe’s top 5 leagues, just behind Messi with a whopping 5 successful dribbles per game. For context, this is more than double that of £70 million Arsenal signing Nicolas Pepe. Adama Traore’s blistering technical and physical ability has made him a star that, if you believe TheDailyMail, Juventus are in for him in this summer transfer window. He represents what Wolves need more of.

Wolves have organised themselves in a very competent defensive shape. They have conceded the 6th least goals this season, and Understat argues they have even been unlucky to concede 37 goals. Based on expected goals, Wolves have the second tightest defence in the entire league.

This defensive solidity makes them Europa League ‘Dark Horses’. While Manchester United, Bayer Leverkusen and Sevilla remain in the 2020 competition, Wolves have already beaten Manchester City and United this season, doing the double over the Citizens. In fact, they are the only team in the Premier League to have beaten Manchester City home & away this season. Their organisation makes them a horrible team to face, especially in the single-leg ties we will see this August.

Read More | “If At First, You Don’t Succeed, Try, Try Again” – How Adama Traoré Finally Made It |

The organized defending has then been combined with the emergence of Traore and the further rise of Diogo Jota. Between them, the wingers have contributed to 21 goals this season. While Raúl Jimenez has managed 23 league goal contributions of his own, the striker would not have scored without his more dynamic teammates. In fact, 7 of Traore’s assists have led to a Jimenez goal. This success also highlights Wolves’ issue going into the summer.

Wolves are 11th in the league for shots on target per game and 10th for shot-creating actions (Whoscored & FBREF). In terms of actual goals, Wolves are 8th, and Chelsea, Liverpool, Arsenal, Tottenham, Manchester City and United are all above them. These are all teams who will be defensively more solid in the future. Wolves meanwhile have failed to score goals at home to Brighton and SC Braga.

If they are to lose Adama Traore, he must be replaced. No one in the squad provides more dynamism and creativity, as he can unsettle any deep-lying defence. Wolves should not be chasing static strikers like Patrick Cutrone, but more unpredictable talents. Daniel Podence is one such player, the tricky winger was praised for his performance on Sunday after he won a penalty after some positive dribbling.

While Jimenez gets the most goals, it is these players like Podence and Traore who will be essential in turning their 14 draws into wins. Traore has the most league assists in the squad with 9, and they must diversify this goal and assist burden away from the Spaniard.

This season has been a fantastic lesson for Nuno, as he now knows he can rely on his defensive coaching. He and the transfer committee can instead focus on signing attackers to raise their more mediocre goal total. If they sign more players like Adama Traore, they will break their way into the top 4 in the same way Leicester did this season.