You are here
Home > Opinion > Where does Zidane go from here? 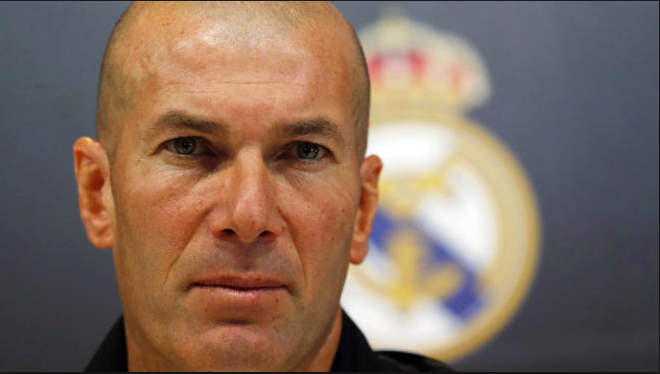 Back to back Champions league titles, a La Liga, perhaps all that’s left for the French tactician is a treble, and he’d be amongst the elite few at the tender age of 45. He’s been in international management for a year and a half at the biggest stage and has barely shown signs of cracking. He hasn’t put a foot wrong, whether it be bringing Morata off the bench to produce a winner or nurturing the jewel that is Marco Asensio.

This era of Real Madrid, will be one that is remembered as one of dominance. Not for the style of football, like tiki taka or total football. Not for the never give up spirit of Liverpool or the we go to the death of Man United. This era will be an amalgamation of all that, plus the burning desire to win, and to be better than your opponent.

He seems to have the transfer windows as well. He would appear to have kept Ronaldo following some heavy speculation, he’s allowing Pepe to move on at just the right time. He’s integrated James and Isco into his midfield without affecting the fluidity that the likes of a Casemiro-Kroos-Modric midfield provides and amidst all the David De Gea transfer talks, he’s silently managed to keep faith in Keylor Navas, which on most occasions has been repaid.

From the back to the front, the team is poetry in motion whether it be Carvajal and Marcelo marauding, Ramos putting in last ditch body on the line tackles, Kroos breaking the gegen press or Ronaldo being moved inside to lethal effect. Gareth Bale has been injured for the most part and Karim Benzema, patchy but even they’be turned up for Zizou when the chips were down. Nacho has stepped in at centre half and has performed exceedingly well.

So the ‘Real’ question is where does Zizou go from here? Or perhaps more importantly how does he guard against a late night trip to the bridge and their back 3 or whilst facing a Barcelona side with a new manager and new tactics. Basically, what can anyone do to stop them?

There are no individual chinks in this Madrid armour, and they’re as tight as a drum skin. However there are areas of the pitch that could be exploited against this Champions side.

The first order of business for Zidane this summer, could and should be a first choice center half to partner Sergio Ramos and provide competition to Varane and Nacho.

Now, there are several candidates that Zizou could look at, but perhaps top of the list would be Aymeric Laporte. whose numbers are right up there with the likes of Ramos,Godin amd Pique, and who is a brilliant ball player, and most importantly, is left footed adding symmetry and balance to this Madrid outfit.

Luka Modric might be hailed as one of the best central midfielders of his time, and Toni Kroos at 28 might have already won it all, but if you take the Brazillian destroyer, Casemiro out of the equation, this Madrid midfield comes apart. Whether it be sitting on Messi in a tight man marking job in the classico or scoring a screamer in the Champions league final, Casemiro is just always busy. Most importantly, Casemiro knows when to take the cheap fouls and gets away with it more often than not. And Zidane’s biggest concern over the upcoming season would be who does he turn to if his main defensive midfielder is injured/suspended.

If Pérez had his way, Casemiro would not play. The Real president, in fact, once advised Rafael Benítez, Zidane’s predecessor, to exclude him from a vital Clásico against Barcelona. His thinking was simple: Casemiro does not sell enough jerseys and rarely brings the fans to their feet, so he cannot be especially important. Real was duly beaten, and Benítez eventually fired. One of Zidane’s first acts was to bring Casemiro back to the team.

As an opposition manager, cutting off the Brazillian all together could be a ploy, by doubling up on him in midfield, but if that were to happen, then that frees up all the time and space in the world for the best midfield partnership in Kroos and Modric to run riot. Balance is key. Perhaps, an industrious number 10, someone like Wayne Rooney in his prime, to prevent Casemiro from offering protection and dragging him all over the pitch could be something that other gaffers think about to get stuck into that Madrid defense.

Moving on to the next order of business, that of Toni Kroos.

Toni Kroos is someone that could find a needle in a haystack if he wanted to. But interestingly enough, in the big games, his passing isn’t his most dazzling skill. It’s his ability to break the press. Kroos always pops up in space and is always available for a pass that gets Madrid on the offensive. Take a look at his performance against Atletico.

Teams have deployed various tactics to try and stop Kroos, but they just can’t seem to. Kroos’ pass success percentage was over 90 in the final. It was the same throughout the competition this season. His passing is often taken for granted but in a team full of players desperate to attack, Kroos continues to keep Real’s wheel spinning without having to reinvent it. Nevertheless, the man from Hansa Rostock’s youth team finds ways to impress, over and over again.

He has, notably in big games, ironed out the creases. There are fewer errant balls, not that there were many to begin with. Kroos is a slicker, more confident midfielder and his march forward that led to the opening goal showed exactly that.

But what Zidane needs is an heir to the Modric-Kroos show and if the U-21 world cup is a guide, Dani Ceballos would be just that. His angst towards Barcelona adds to making him a perfect fit at Madrid. He ran the show in various games in the U-21 Championships and along with Saul Niguez was a joy to watch. Starting out, out wide,he’s improved himself into a №10 and now a proper №8.

Besides Ceballos, Real Madrid also have Marcos Llorente another bright youth prospect who could offer depth to Zidane and his management. Spanish club, Real Betis are very keen on signing Llorente on loan. So this season, Llorente could play with Ceballos at Betis and next season, they could still be playing together in the whites of Madrid if all goes to plan.

Up top Madrid have the likes of Vasquez,Asensio and even Isco who can play out wide on occasion, but if Alvaro Morata were to move, something which could be on the cards in the near future, Zidane will need someone to count on if Benzema isn’t firing. And with Florentino Perez pushing for another Galactico-esque signing, a certain Kylian Mbappe could be a perfect fit. He offers a different threat as opposed to Benzema, with pace in behind and running the channels and he is as lethal a finisher as they come.

Zidane doesn’t have too many problems as of now, but all it will take is one managerial masterclass by a Conte,Mourinho or Guardiola for the rest to follow suit and potentially exploit weaknesses that this Madrid side might possess. For now, Zidane can enjoy his little break, but with the new season fast approaching, reinforcements are in order. This already Champion Real Madrid side,could be pushing to become the greatest ever.

With smart signings, keeping all his priced jewels and consistently improving tactically, Zinedine Zidane could forever etch his name is footballing greatness.

The post Where does Zidane go from here? appeared first on El Arte Del Futbol.