The atmosphere surrounding East London has often been poisonous and has continuously spilt over to the football pitch of West Ham United Football Club. But now, just a few days before their league opener vs Newcastle United, there is venomous despair already circling the London stadium like a toxic tornado.

West Ham narrowly avoided relegation last season, with the eventual gap between them and 18th placed Bournemouth standing at just 5 points. While most Premier League clubs look to be going to new exciting heights, West Ham are once again being bogged down by controversy in their club.

Last week, football fans united with a heavily agitated West Ham fanbase to get “GSBout” trending number two in the UK. The acronym, standing for “Gold, Sullivan, Brady out”, refers to West Ham owners of David Gold, David Sullivan and Chairwoman Karren Brady. While the fans have had a long and ferocious relationship with these three figureheads, it now appears to be building towards a climax. Protests are already being organised by fan groups. The people at the top look more disconnected than ever before.

David Moyes is currently still in charge of the club, and, on paper, has produced some good results in pre-season. West Ham have won 3 out of 4 matches, yet two of those were against Wycombe and Ipswich Town. The only real challenges were Brentford and Bournemouth.

West Ham beat Brentford 2-1, with midfielder Tomas Soucek continuing his excellent scoring form from 19/20. The game against Bournemouth though was extremely worrying. West Ham lost 5-3 at the London stadium to last season’s relegated side. Bournemouth were without the departed duo of Callum Wilson and Nathan Ake, yet they made West Ham look woeful.

West Ham lined up with arguably their first choice back 4, as Issa Diop and Angelo Ogbonna partnered in the centre. Despite this, the goals conceded would have frightened fans unfortunate enough to catch the highlights. The first goal included dreadfully weak and chaotic attempts of defending from Ogbonna and right-back Ben Johnson. Then, in a clip that has now gone viral on social media, West Ham were made to look calamitous. Two Bournemouth players, Dominic Solanke and Philip Billing managed to keep the ball inside the West Ham box for 12 seconds before scoring. This was despite the pair being hounded down by 7 Hammers players, including the goalkeeper.

This could perhaps be forgiven if, like most other Premier League teams, West Ham were making suitable improvements to their squad. After West Ham made the loan of Tomas Soucek permanent though, it appears the bank has dried up.

According to some financial reports surrounding the club, it appears the CoronaVirus crisis has hit East London hard. The official tax loss was around £26.5 million, yet the increased wage bill means rumours of a £70 million hole in the club’s wallet continues to circulate. As West Ham were, arguably prematurely, selling young striker Albian Ajeti to Celtic, Aston Villa and Newcastle brought in Matty Cash and Callum Wilson. West Ham have technically seen no incomings, as Tomas Soucek was already playing for the club last season. Their only potential new face was that of loan-returnee Grady Diangana.

A player long appreciated by the West Ham fans, Diangana impressed last season in the Championship with newly-promoted West Brom. The 22-year-old English winger started over twenty times, scoring eight and assisting six goals. There was great excitement at the potential of his inclusion this season. In July, manager David Moyes said, ‘I’m looking forward to getting him back (At West Ham)’. With the player comfortable on either wing and with first-team left-winger Felipe Anderson reported to be up for sale, it was thought this could be an exciting season for the youngster at West Ham. He even had five years remaining on his West Ham contract.

Yet the unthinkable happened; Grady Diangana was sold back to West Brom for £12 million last Friday. Not only did this mean West Ham truly have no new faces arriving thus far, but it directly strengthened a relegation rival. Any contribution Diangana now makes for West Brom is one that West Ham have indirectly caused. West Ham could now face the possibility of Diangana taking points away from West Ham and even contributing to a potential relegation.

This departure has been the catalyst for the major public outcry against the club. Within an hour of the announcement, club captain Mark Noble uncharacteristically tweeted his disdain for the move. It sparked the hashtag as mentioned earlier “GSBout”. For the players, it must have been even more frustrating, as they had taken 30% pay-cuts with the intention of saving the club money. Indeed, there were reports of anger in and around the dressing room following last Friday’s news.

What confuses things is that West Ham already had a bloated squad, filled with players who disappointed last season. Felipe Anderson, Sebastian Haller and Pablo Fornals barely contributed 18 goals and assists between them, despite the trio being worth over £70 million according to TransferMarkt. Fans quite rightly suggested, rather than selling a promising academy graduate, would it have not been more sensible to push one of these high earners out of the door. 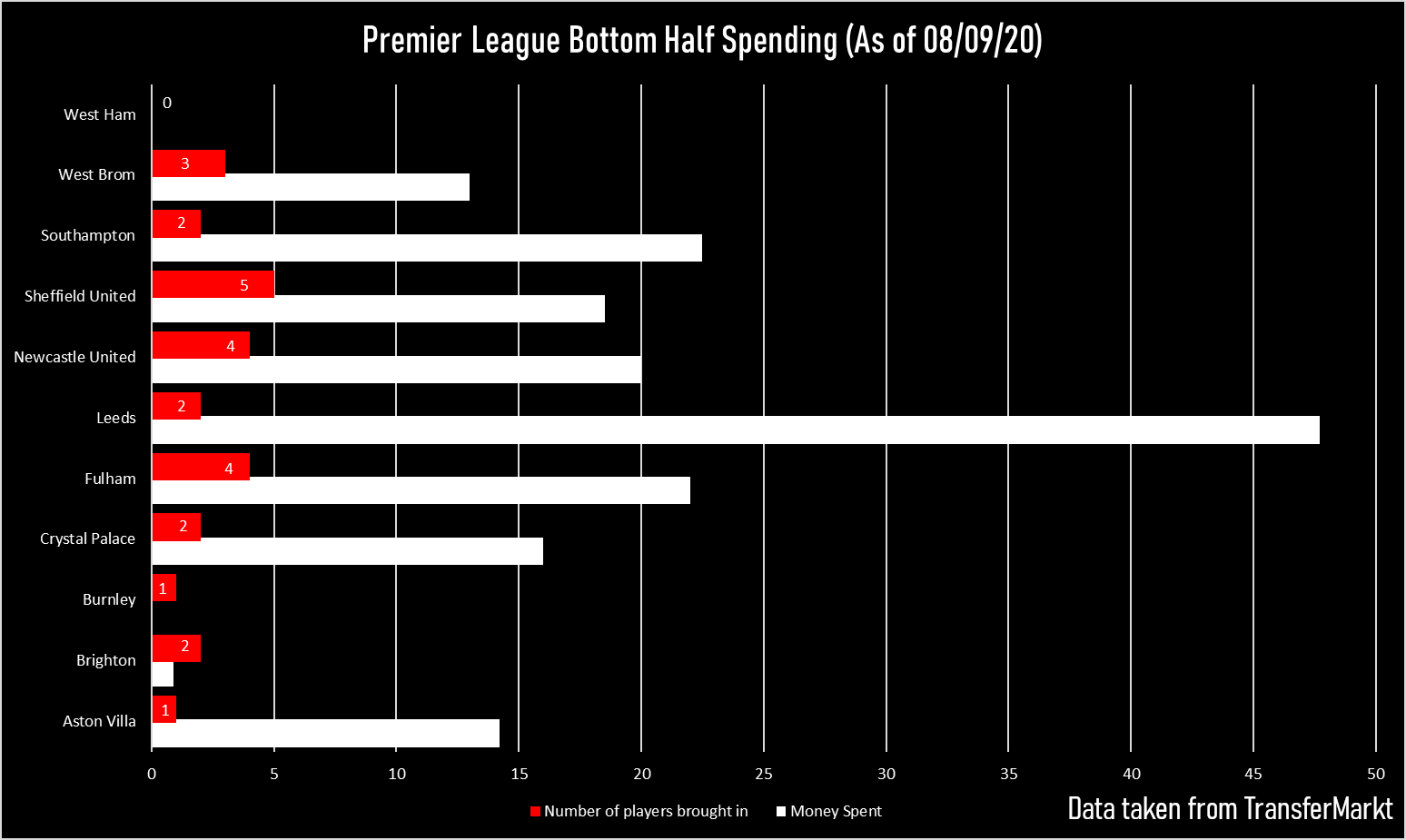 Now, West Ham are just days away from beginning their Premier League campaign with the exact same squad that barely survived last season. There are just a few weeks until October, the end of the transfer window. Even if the £18 million for Diangana is reinvested into the club as promised by the clubs’ leaders, that’s hardly enough money for more than one significant signing.

This is particularly distressing because the clubs around them have been able to strengthen. Leeds, Newcastle, Crystal Palace, Aston Villa, West Brom and Fulham, Brighton have all made new signings. Only Burnley appear to be in a similarly bleak position of potentially seeing no major incomings. Even then, Burnley’s team managed to finish 10th last season, so it would take quite the drop off for them to even be involved in the relegation conversation.

This speculation now begs the question, are West Ham relegation favourites? While SkyBet rank them 4/1 and less likely than Fulham West Brom and Aston Villa, the lack of squad improvement is genuinely worrying.

Combine this with a level of fan outrage maybe never seen before at West Ham, and suddenly it becomes hard to think of a team that, at least in the public eye, looks as unprepared and volatile as West Ham do for the new Premier League season.