You are here
Home > Down Memory Lane > Wayne Rooney – A Journey to Remember. 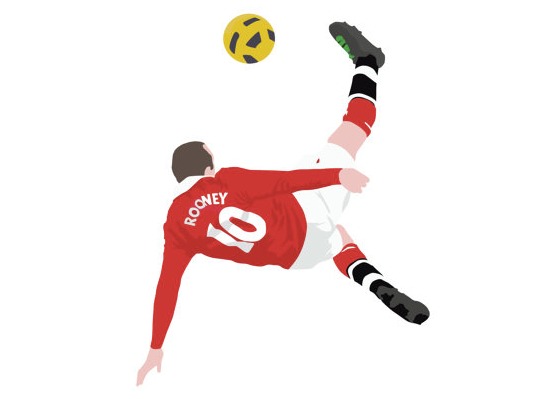 It seems like only yesterday when a 17-year-old Wayne Rooney burst on to the scene and scored a screamer against arsenal and ended their unbeaten 30 matches run and now the same Wayne Rooney aged 32 has just made his debut for MLS side DC United.

How did this all happen? What happened to Wayne Rooney? Why did he peak early?

In 2004, Manchester United finally got their hands on the golden boy, there was a lot of fuss in the club about Wazza and it had gotten everyone excited! The masses had huge expectations fro18-year-old Wayne Rooney, and he didn’t fail to disappoint them, as he scored a hattrick on his debut in the champions league! 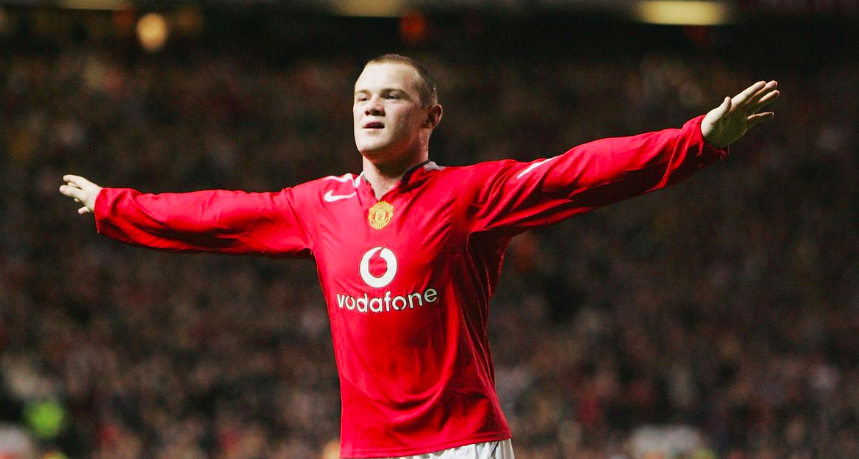 United fans were excited, ex United players were excited, footballing legends were excited, Rooney had them all going mad. He kept on scoring and formed a formidable partnership with Ruud van Nistelrooy! At the same time, when Rooney was a star and in the starting 11 at a young age, there was another youngster at United named Cristiano
ronaldo!

Rooney and Ronaldo shared a deadly partnership, every premier league side feared coming up against them. Ronaldo used to get the goals, do the skills while Rooney used to work hard, track back and would still pinch in with some goals!

Every United fan still remembers the game against Spurs, when United went 2-0 down but came back to win 5-2. There was something special about that match, Wayne Rooney was involved in every single goal that United scored!

That was what Rooney was all about, the unsung hero, even the legendary Rio Ferdinand admitted that Rooney sacrificed himself for the sake of the team on numerous occasions!

After Ronaldo left United, there were a lot of questions asked. Would United still be lethal in Attack? Did the team have what it takes to challenge for titles? Wayne Rooney once again stepped up and proved that he was no less than Ronaldo and scored 34 in 44 games with 5 assists in all competitions! In terms of success, it was not a great campaign as United only managed to bag the League Cup. But it was a clear indication of what Wazza had in him to give.

Sir Alex Ferguson in the 2010-11 season confirmed that Wayne Rooney wanted to leave the club but he took a U-TURN and decided to stay, but now he needed to prove himself again.

13th February, Manchester derby, Wayne Rooney scored a goal that is still regarded by many as the greatest goal
scored in the premier league ever, the bicycle kick. In that one moment, he had won all United fans over once again.

Seasons passed and it was 2012, Sir Alex wanted to leave United on a high so he purchased Robin Van Persie from Arsenal on a quest to win another league title. Robin Van Persie was one of the best out and out strikers back in the days, he could finish anything, And that again raised questions over the future of Wayne Rooney, but he again proved himself and scored 16 times
in that season!

As SAF left united and David Moyes was introduced as the new manager of Manchester United, there were again rumours that Rooney had handed in a transfer request, though he again signed a new contract and stayed at Manchester United!

The Moyes and Louis van Gaal era were horrible for the United fans as they failed to qualify for the champions league, but Rooney kept on performing and was one of the few shining lights along with David De Gea in that broken United team.

The turning point in Rooney’s United career came when Mourinho was appointed as the new Manchester United manager and he straight away confirmed that he will never use Rooney as a midfielder. Rooney was often dropped by Mourinho, though he did score when we was played or was brought on from the bench.

It was the game against Stoke in which Rooney broke the record with a beautiful free kick and instead of bragging about it or celebrating, he straight away pointed towards the ball and wanted the match to restart as he wanted to win! That’s what Wazza is, a team performer, he has never cared about the individual trophies!

Wayne Rooney returned to Everton in the following season, and he had a fairytale start as he scored against Stoke City in the first game of the season! Rooney would often be deployed in the midfield where his performance by the media was not rated highly. He would still score goals whenever played as a striker including that screamer against West Ham United from the halfway
line.

After a roller coaster season at Everton, he joined DC United. Let’s wish one of the World’s most unselfish players Wazza all the very best for his new journey!