Wayne Rooney. The name in itself unleashes a torrent of emotions both amongst fans and pundits. Over the years the top goalscorer for both Manchester United and England has received a fair amount of criticism from fans, pundits and keyboard warriors. Some say he never reached his full potential while others still pick holes in his international career.

From scoring a bicycle kick in the Manchester derby to breaking Sir Bobby’s record against Stoke City, Wayne has done it all. With Manchester United, he won the Premier League five times, an FA Cup, a Champions League, a Europa League, and the League Cup thrice.

Rooney left Manchester United after 13 years and returned to his boyhood club Everton in 2017. There, he got off to a dream start at Merseyside after scoring on his debut. However, as the season went on, Everton’s form declined, and a young Calvert Lewin and Wayne Rooney were the only shining light for the blue army, and the latter didn’t disappoint by finishing as the top goalscorer and the top assist provider for the club.

As the season ended, there were questions asked about Rooney’s future. Would he stay at Everton? Would he leave for China? Or would he move on to some other country to prove himself? Wazza, however, decided to sign for DC United after having a conversation with Everton.

DC United unveiled Wayne Rooney on 2nd July 2018. The City was buzzing and full of life as he was announced. Washington DC mayor Muriel Bowser declared ‘Wayne Rooney Day’ as soon as Wazza’s deal with DC was rubber-stamped. His debut also marked the opening of DC’s new $400 Million stadia, Audi Field. Starting as a sub, Wazza came on in the 59th minute and instantly made an impact by assisting a goal.

After just three games, DC’s manager Ben Olsen decided that Wayne was the right man to lead the team and announced him as the captain. Wazza’s first goal with armband came against Colorado Rapids when he netted the ball past his ex-teammate, Tim Howard. In the same match, with DC United winning 2-1, Colorado got a corner in the injury time, without even thinking twice, Wazza put himself on the line and ended up with a broken nose.

After the match, Rooney was questioned about his fitness and availability for the next game. To which he replied, “no problem.” These two words describe what Wayne Rooney has always been about in his career, putting the team before him and sacrificing himself.

DC United were on song in MLS. They were winning games and getting closer to the playoff spot. On 12th August, they welcomed Orlando City at Audi Field for a crucial game in which losing meant losing ground on the playoff spot. With the scores tied at 2-2, DC won a corner in injury time, and the keeper was called up. Orlando City managed to clear the ball after which their players rushed forward. It seemed as though Orlando City would kill the game off on the break. However, Wazza had other ideas. Rooney sprinted, made a sensational last-ditch tackle, collected the ball, crossed it and found Acosta who scored and won the game for DC United. The stadium erupted, Wayne Rooney had just done the unthinkable.

With continued positive performances and helping DC clinch a playoff spot, he was named ‘MLS Player of the month’ for October 2018. DC made the playoff but lost on penalties to Columbus Crew FC. With the end of his first season, Wayne was named DC’s Most Valuable Player (MVP) and was awarded the golden boot for his 12 goals in 21 appearances; he also provided six assists.

ITS WAYNE ROONEY! YOU BEST BELIEVE IT.

There was only one thing that Wazza didn’t accomplish in his debut season for DC, and that was a hat-trick, he did come close though by scoring twice in a couple of games. However, at the beginning of the new season, Rooney scored his first hat-trick in MLS against Real Salt Lake. On 19th May he scored his 300th career goal at club level, a magnificent feat for any footballer. 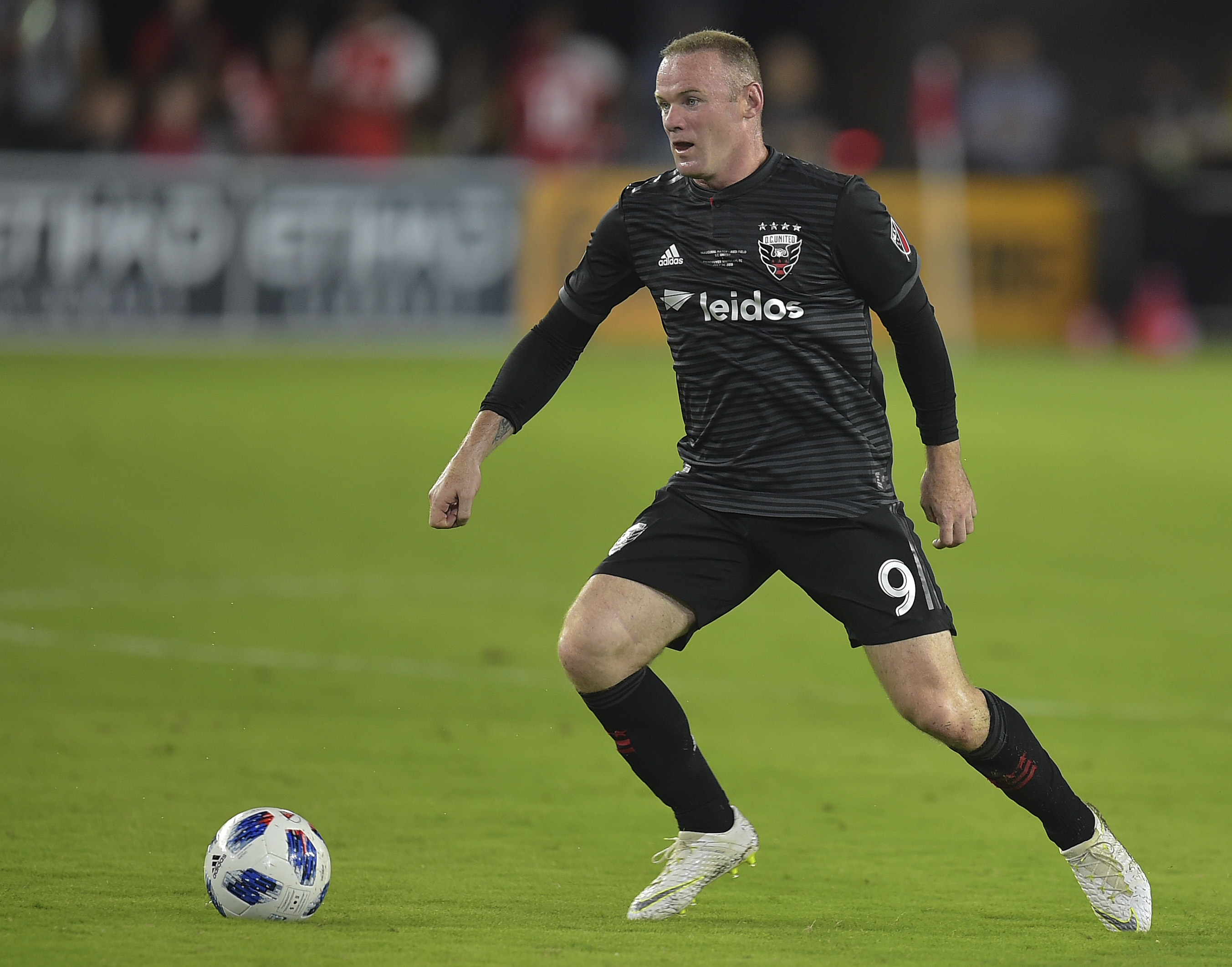 On 26th June 2019, Wayne Rooney did the unthinkable once again (Why am I not surprised!?) by scoring a goal that will garner praise for years to come. DC United were facing Orlando City, with the scores tied at 0-0 and Orlando dominating the game, at about 10 minutes after the start, the ball found Rooney after a deflected clearance. Looking up, he saw the goalkeeper out of his 18-yard box. With Rooney being 15 yards away from the midfield line in his half, he only had one thing on his mind. He struck the ball aplomb, and it sailed over the keeper’s head for a 68-yard screamer. David Beckham would have been proud of that strike. This was the third time in Wayne’s career that he scored from the halfway line having previously scored for both Manchester United and Everton. Relive that goal here.

After all that Rooney has achieved in the MLS, what’s next. The White Pele will be turning 34 this October. Will he choose to retire, or stay at DC? Maybe, just maybe he tries out another league in the near future? Only time will tell. I would like to see him retire at a top European club as David Beckham did at PSG. Whatever the decision may be, we all should enjoy the final years of Wayne Rooney’s memorable career. We may never witness a player of his calibre again.

Wazza might cost only a few million pounds to some European Club, but to DC United, he is everything.