You are here
Home > Originals > Wales. Golf. Sleep. Madrid. In that order? 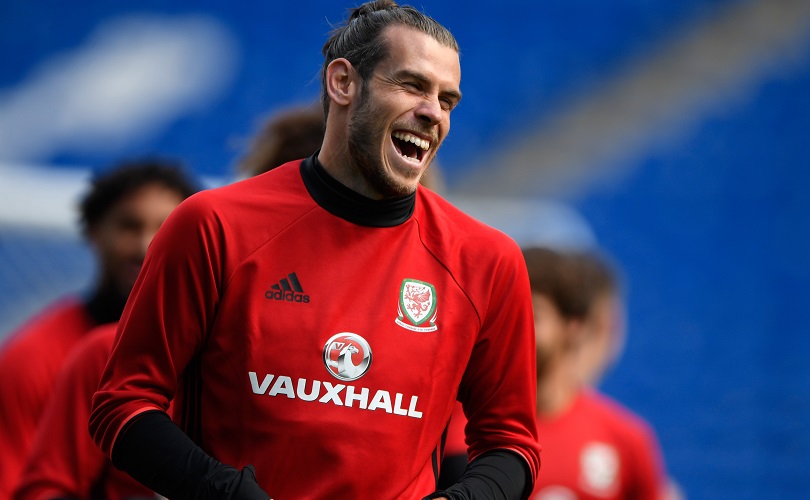 Gareth Bale was spotted pretending to sleep on the sidelines in a match against Deportivo Alavés. The infamous image has been doing the rounds on the internet with many fans questioning his commitment to the team. If a person from the future were to come and tell you that Madrid’s €100 million signing would fall out of favour in less than a decade would you believe it? No? Neither would I. The 16 titles he has to his name hasn’t stopped his career trajectory from going downhill. The Welshman has faced plenty of criticism, and his life in the Spanish capital has been anything but tranquil.

Bale was recruited by Southampton FC’s scouts at the age of nine, and he trained at the Saints academy where prominent players like Theo Walcott, Alex Oxlade-Chamberlain and Alan Shearer commenced their careers. He made his first-team debut for Southampton at the age of 16 and became the second-youngest player to don their jersey. From the onset of his career, Bale attracted the attention of top-tier clubs with his speed and agility as an offensive left-back. Five goals and 45 appearances later, Tottenham came calling and signed the Cardiff-born player for £7million.

The stark reality of top-flight football was not something Bale had anticipated after his move to the London based club in 2007. With recurring injuries and zero wins in his first 24 appearances, he struggled to establish himself in the team. After being sidelined for almost an entire season due to an injury, he experienced the sweet taste of victory in the Premier League in a 5-0 win over Burnley, nearly two years after his move away from the Saints. The Welsh international announced himself to the world with a scintillating performance in the Champions League clash against Inter Milan. The Italians were heading into half-time with a 4-0 lead and were on their way to a comfortable victory at the San Siro, but the second half had a different story to tell. Bale single-handedly ripped Inter’s defence apart with a sensational hat-trick and managed to rattle Maicon, who was one of the best right-backs in the world at that time. This was his first senior hat-trick, and it turned him into the club’s most valuable asset. In casting an eye to the future, Harry Redknapp (then-Tottenham manager) showed remarkable prescience by deploying Bale on the left-wing as he had noted the left-back’s defensive susceptibility. This change in his position was like a breath of fresh air, and Spurs reaped the benefits. In 2012-13, Gareth Bale was voted the PFA Player of the Year and Young Player of the Year becoming the third player to win the double accolade following Andy Gray and Cristiano Ronaldo.

A switch on deadline day in the summer of 2013 saw Bale being unveiled as Real Madrid’s new signing. A world record transfer fee of £85.3 million eclipsed the £80 million Madrid had paid Manchester United for Ronaldo in 2009, making Bale the most expensive player in the world. “I am not sure there is ever a good time to leave a club where I felt settled and was playing the best football of my career to date. I know many players talk of their desire to join the club of their boyhood dreams, but I can honestly say, this is my dream come true.” he said in a statement published on Tottenham’s website. Bale scored a first-half equalizer on his debut at Villareal in a 2-2 draw. However, after a string of poor performances, he failed to impress the Spanish media who labelled him as “a player who only knows how to run.”

Nevertheless, a few games into the season and the Welshman found his feet in Spanish football. Goals and assists started pouring, and his partnership with Cristiano and Benzema gave birth to a new trio, the now world-renowned “BBC”. A few months later, Gareth Bale lit up the Mestalla with a monstrous goal against Barcelona in the dying minutes of the Copa Del Rey final. He coasted down the left flank, with Marc Bartra being left in the dust. He finished off the solo run with a well-placed finish through the legs of the keeper. This turned out to be the winner, and he won his first trophy with Madrid. A month and a half later, he headed home a crucial goal in the Champions League final which gave Los Blancos the lead against city rivals Atlético. The match ended 4-1 in favour of The Vikings and Bale finished his debut season on a high. “It was incredible. To do it in my first season was a dream come true. That is why I came to Real Madrid.” he said after the final in Lisbon.

Bale’s second season at Madrid wasn’t as fruitful as he would have expected. With 17 goals and 12 assists in 48 appearances, coupled with an injury, he had a mediocre season with the team ending the campaign trophyless. After the sacking of Carlo Ancelotti, Florentino Perez signed Rafa Benitez as the new Real Madrid manager in 2016. The Spanish technician effectuated a new system in which Gareth Bale assumed the role of a fulcrum in the team. However, Benitez was sacked by the end of the calendar year, and Zinedine Zidane took over the first team. The Welsh international scored a hat-trick on Zidane’s managerial debut at the Santiago Bernabéu, and he left the pitch to a standing ovation from the Madrid crowd. Bale’s goal in the semi-final of the Champions League against Manchester City was the only goal of the tie, and it was enough to set up an all-Madrid final, the second one in three years. The final went Real’s way, and Bale lifted his second Champions League trophy in his third season in Spain.

In the summer of 2016, he represented Wales in the UEFA Euro; their first major tournament since the World Cup in 1958. The Dragons defied all odds and went on a dream run which saw them get the better of teams like Russia and Belgium. Their inspiring journey was put to a halt by Ronaldo’s Portugal, who later went on to win the tournament. Bale’s performance for his club and country earned him a shot at the UEFA Best Player in Europe Award, alongside Antoine Griezmann and Cristiano Ronaldo.

His downfall began in the 2016/17 season when he was sidelined yet again due to an injury. Los Blancos were really under the gun, and Zidane was forced to make a tactical change. The manager ditched the traditional 4-3-3 and employed Isco at the tip of a 4-4-2 midfield diamond, with Ronaldo occupying a central role alongside Karim Benzema. This reorganization in the system paid big dividends with sensational results. Madrid clinched La Liga by winning their last six games on the trot and annihilated Juventus 4-1 in the Champions League final held at Cardiff.

Read More | On Gareth Bale And His Love Story With Finals |

After missing close to 15 games due to a calf injury, the winger’s career-defining moment came in the final of the Champions League against Liverpool in 2018. He came off the bench on the hour and scored a tremendous overhead kick, arguably the best goal scored in a final, against an incompetent Loris Karius. Towards the end of the game, Bale took a shot from distance, and it managed to slip through the hands of the German goalkeeper and cross the goal-line. The match ended 3-1, and Gareth Bale’s performance as a super-sub earned him the Man of the Match award. However, Madridistas were furious with him since he hinted at a move away from Spain just minutes after the final. “I need to be playing week in, week out, and that’s not happened this season. I had an injury five, six weeks into the season but I’ve been fit ever since. I have to sit down with my agent in the summer and discuss it.” he told BT Sport.

Bale was spotted playing golf by Spanish outlet El Confidencial during Madrid’s 2019 pre-season tour, while Zidane insisted that he didn’t travel with the team since he was feeling under the weather. The Welshman had one foot out of the exit door before a potential move to China was rejected in the end by Real Madrid. A couple of months later, Gareth managed to infuriate the fans once again by celebrating with a flag that read “Wales. Golf. Madrid. In that order” after he helped secure his nation’s qualification to Euro 2020. Madrid Sports called the celebration “unforgivable” and ESPN described it as “a joke in very bad taste”.

With a combined 62 appearances in the last couple of seasons, it is evident that Bale is not a part of Zidane’s plan for the future. For a player who was deemed to be Cristiano Ronaldo’s successor, the brevity of his success at Real Madrid has been saddening. There have been links with a move away from the Bernabéu this summer, but his agent is adamant that he will see out the rest of his contract with the La Liga champions. Though a career resurgence from an unmitigated disaster would be gratifying, his move away from the club would be beneficial to both parties.