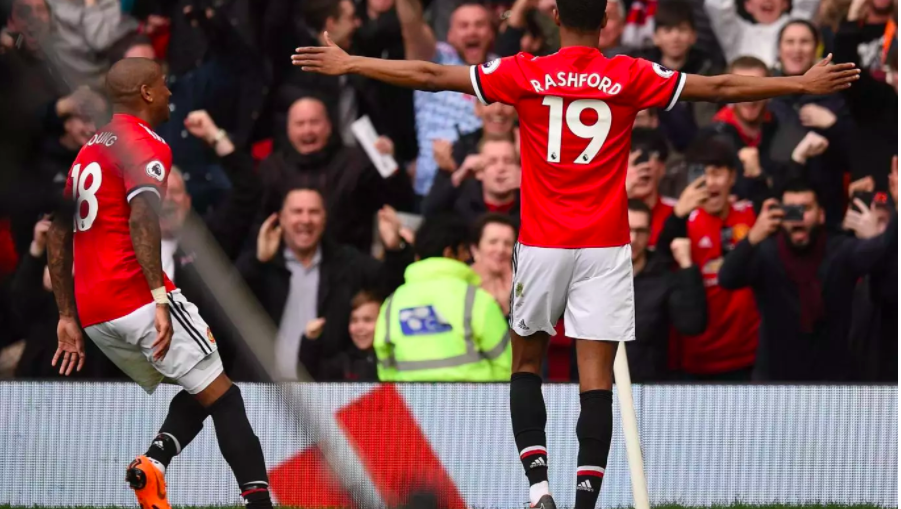 Manchester United came out on top in the battle for second place against Liverpool as Marcus Rashford found the net twice,further staking his claiming for a place in the starting XI.

“Rashford meanwhile got his first goals of that year, to make it three wins in a row for United, and the second of that run against a top-six side. This was probably the most commanding and forceful of those wins, and mostly came down to how well Jose Mourinho’s gameplan paid off. That it happened without the injured Paul Pogba – forced out because of a cut received in training on the eve of the game – was all the more encouraging for the manager, all the more pointed. It might even have suited Mourinho, at least for this game, as much as any issues with the midfielder going forward.”

Liverpool might feel aggrieved by three dodgy penalty decisions that went against them, however they can’t complain about the fact that they struggled to create clear cut opportunities and that United were far more clinical in front of goalLiverpool were largely reduced to long shots and found it very hard to create decisive opportunities due to a stubborn and defensive looking United side that packed their own half in the second half.

The star of the match Marcus Rashford was ruthless in front of goal today, however the major difference between the two sides were their Centre Halves. Barring a freakish own goal by Eric Bailly, the United centre back pairing of Smalling and Bailly were extremely calm and put in a great shift. On the other hand, Dejan Lovren’s edgy performance in the first half gifted United the lead to which Liverpool eventually had no answer.

Mourinho set his team up perfectly and spotted a big weakness in the opposition in the form of Dejan Lovren and Trent Alexander Arnold and he asked his players to exploit it. United’s long tactic was simple, punt the ball up field, look for Lukaku and exploit Lovren’s aerial frailties. Through out the first half, there was only ever one winner in the Lukaku vs Lovren battle. He bullied the defender and played a huge role in both goals. His flick on set Rashford free for the first goal, and his hold up play eventually led to the second goal.

The two questions that beg to be asked after today’s game is why Van Dijk wasn’t dealing with those long balls in the first half and why Rashford doesn’t find himself starting more games for United. It sure will prove to be a dilemma Mourinho will relish having heading into the fag end of the season.

Liverpool were all over United in the second half of the game but struggled to create any goal scoring opportunities. The United backline did a supreme job of shutting out any space for Mane, Mohamed Salah or Roberto Firmino to run into.They were just shackled.James Milner did get some space in front of the midfield duo of Matic and McTominay on many occasions in the second half,but failed to create anything of note. Very rarely do this Liverpool side look so out of ideas and today the credit must go to Mourinho’s pragmatic approach that ensured a second straight victory against a top 6 opposition.