As managerial stalwarts in Jose Mourinho and Mauricio Pochettino dust themselves off and marshal their troops after succumbing to torrid periods in the transfer market, there lies a blinding aura of chaotic uncertainty within both camps.

With executive vice-chairman Ed Woodward and the Manchester United hierarchy prioritizing securing sponsorship deals with conglomerates such as Kohler and Chivas Regal over addressing Mourinho’s list of “five names” which included signing a domineering centre-half in either Harry Maguire or Toby Alderweireld and a seasoned right-winger in Willian, the Portuguese has cut an understandably forlorn figure.

While the acquisitions of sprightly prospects such as Shakhtar Donetsk’s Fred and Porto’s Diogo Dalot may prove to be savvy pieces of business, the Red Devils’ brittle strength in depth is incomparable to rivals Liverpool and Manchester City who are spoilt for choice across all areas on the pitch.

These deficiencies came to the fore in calamitous fashion at the Amex as Brighton pounced upon the schoolboy defending on show from Eric Bailly and Victor Lindelöf to emerge unlikely 3-2 winners in the second match of the campaign as the red side of Manchester is already under siege.

In a similar vein to United, it has been a summer of doom and gloom for Tottenham Hotspur. The North Londoners have become the first club in history to not secure the services of a single summer signing since the inception of the transfer market in 2003. While Spurs have hit the nail on the head in terms of contract management as the likes of Harry Kane, Heung-Min Son and Eric Dier have committed their long-term futures at the club, the dearth of transfer inactivity is a damning indictment of their ambition to challenge for the highest honours.

To add to Tottenham’s misfortunes, a sizeable setback arrived in the form of the 850 million pound reconstructed 62,062-seat White Hart Lane being delayed for use until late October due to “critical safety systems”.

Despite the plethora of hurdles in Pochettino’s path to orchestrate yet another inspiring season, the Argentinian is focusing on the brighter side of things as he says,

“We have players who compete at a high level in the World Cup, (we have) the captain of the world champions and a player who won the Golden Boot. I am sure we are going to be better.”

In contrast to the former Southampton boss, Mourinho has reached the summit of his snarky self as he arrived 30 mins ahead of schedule at a press conference on Friday and left the proceedings after a mere 4 minutes and 19 seconds, giving a host of rather vague and monosyllabic answers.

It is Pochettino’s optimistic attitude that has been crucial in Spurs weathering the storm as they have picked up from exactly where they had left off last campaign with consecutive triumphs over Newcastle United and Fulham.

While Tottenham have not set the world alight with their displays yet, it is still early doors for Pochettino’s men who are yet to be fully fit and firing after 9 of their players featured during the World Cup semi-finals as they were the highest-represented team in the Premier League.

The major takeaways from their two outings have been Harry Kane breaking his August hoodoo with a fine finish against Fulham, Kieran Trippier’s continued rising stock as an all-encompassing full-back, Lucas Moura easing into life as a Spurs player with a scorcher of a strike and most importantly, their ability to grind out victories despite not performing at their fluid best. 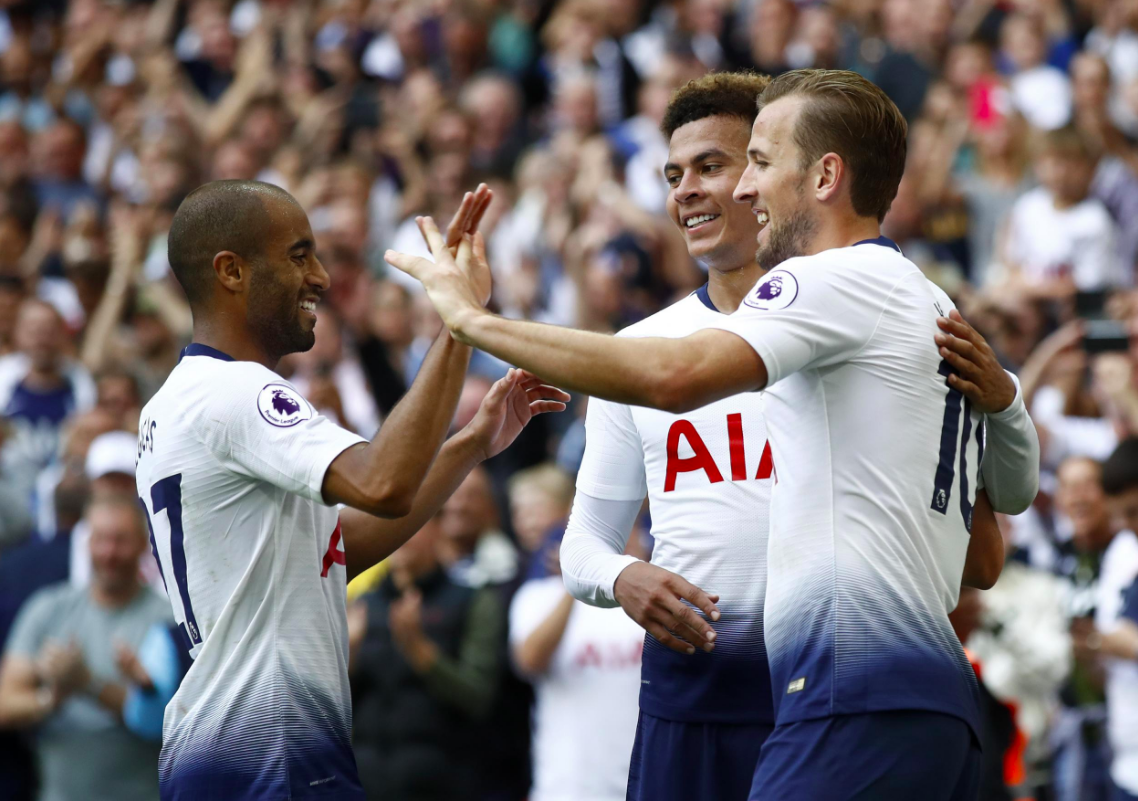 The prospect of facing Manchester United at Old Trafford in the past has been a slippery slope for Tottenham as they have lost all of their previous four visits without scoring even a single goal.

In addition to their disastrous record at “The Theatre of Dreams”, all eyes will be on skipper Hugo Lloris following his arrest on accounts of drink-driving in central London.

However, Mourinho must rile his side up to bounce back from defeat and showcase their credentials as a definite shoe-in for the top four.

The Portuguese’s cursed third seasons at the helm are a recurring theme that must be avoided by the ex-Porto manager to escape the wrath of the Glazers as rumours regarding Zidane’s potential appointment grow stronger by the day if things turn awry.

Tottenham appear to be the more balanced outfit, but Mourinho’s penchant for rising to the occasion in big games can never be discounted.

Fans and experts alike must stay tuned for a mouthwatering contest between a pair of clubs and tacticians of the highest order.