The most illustrious club tournament in the world is back! The draw to determine the groups will take place tomorrow.

Pot 2 has been completed based on UEFA’s coefficient rankings.

Pot 3 and Pot 4 will be filled with the sides which advance from the play-off matches.

Confirmed teams in the Pots 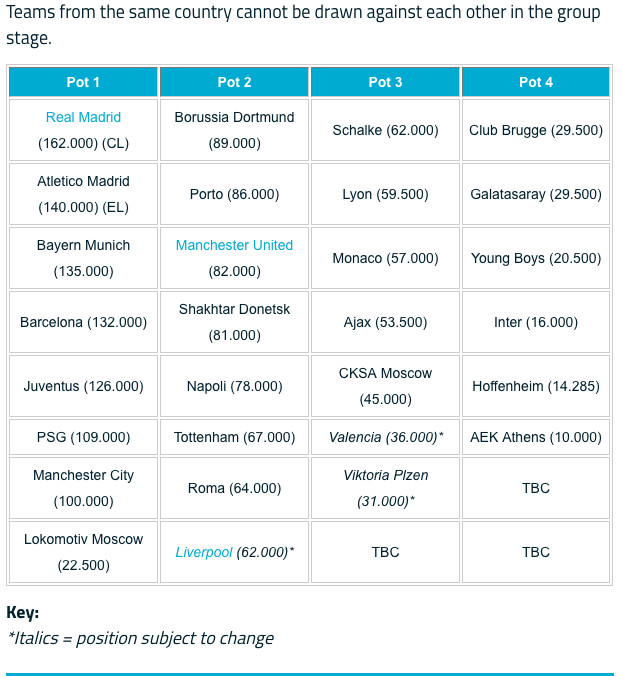