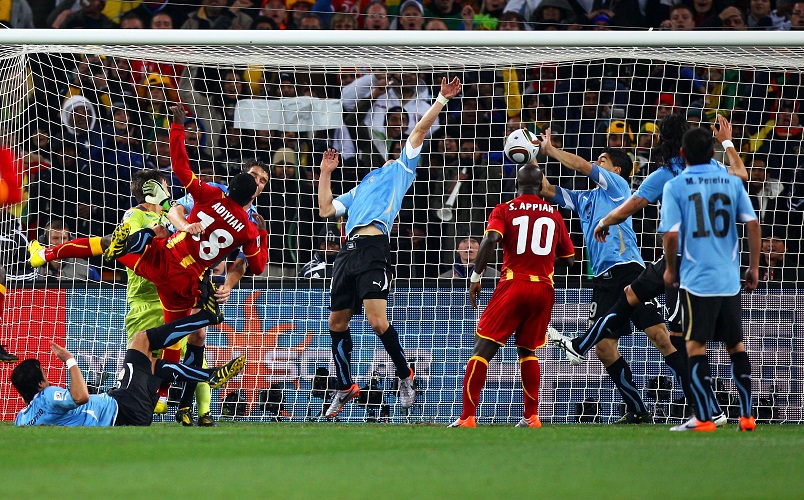 By Jake Sandy | This article was published on Football Chronicle on December 19, 2019

Whether it’s looking back at an old matchday program to remind you of your first Saturday spent on the terraces at your local club, or putting on an album by The Smiths as a throwback to your time as an angsty teenager – there are few emotions that are as inextricably linked to what it means to be human experience as nostalgia.

However, if you speak to any successful businessperson they will almost certainly tell you that those types of sepia-tinted glasses are fundamentally incompatible with the cut-throat culture of late-stage capitalism that permeates through every aspect of modern life.

This isn’t, on the surface, an enormous problem for the vast majority of companies who can freely exist as faceless corporate entities whose extent of attempting to humanise themselves only extends to hiring some twenty-something interns to make funny quips on their social media channels.

The most notable exception to this rule are football clubs who are precariously balanced on the thin line between the two opposing viewpoints, painfully aware that leaning too far one way could lead to a PR nightmare or financial ruin.

To understand why they occupy this grey area, you first need to strip back all of the superficial components, like the requisite shiny stadium and fancy kit, that the commercialisation of the game has made to seem vital, and focus on the underlying role of a football club – community.

Although it’s a somewhat idealistic view, the accessibility of football has made it the common denominator between the lives of people from across the socio-economic spectrum. Therefore, making it the constant factor that tethers people back to the place which they identify as their home.

As well as the class divide, football is also able to bridge the generational gap and act as a unifying factor between people of all ages. The staggering rate of technological advances has left society almost unrecognisable from 50 years ago, so to have something as universal as a football to still be able to relate to is clearly important.

It’s an undeniably heart-warming moment to see three generations of a family all in the stands together, but the subtextual importance of this is the continuation of history.

The stories of legendary players and important moments in a club’s history that were forged before everything was catalogued on the internet are some of the most influential events in our cultural history so to keep them alive via word-of-mouth is pivotal. For example,  it’s virtually impossible to know how good of a player Sir Stanley Matthews was unless you speak to someone who actually saw him play in the flesh.

The reasons that a sport is able to transcend all of these barriers is its enduring and universal appeal as a cornerstone of our society. It is, in a sense, a lens through which to view and makes sense of the world around us in simpler terms.

Nothing in sport happens in isolation and is always reflective of changes that are happening in wider society. For example, the increase in the acquisition of clubs by the ruling class of Middle-Eastern countries as instruments of soft power is just as much of a part of their continued attempts to diversify their overseas interests as the establishment of satellite campuses of UK universities in those countries.

Where the appeal of football, in general, is understandable, the affinity of fans towards individual clubs is sometimes difficult to explain from a logical standpoint. Take the current ownership of Newcastle United as an example, it is widely accepted that Mike Ashley has little to no interest in achieving anything with the football club aside from staying in the Premier League.

Read More | Change For Newcastle United – The Beautiful Game Off; The Ugly Criminals On |

Objectively speaking from a business standpoint, this is a sensible model as the club will continue to turn a profit and financially benefit Ashley and the other shareholders. Despite his ownership being, from a fan’s perspective, a shameless cash-grab by a ruthless tycoon with no interest in the club, they refuse to boycott in any meaningful way and will still turn up in their droves week-in-and-week-out.

This isn’t a criticism of the fans but merely an illustration of how important local people feel the club is to their community, so important that they will not turn their back on it despite the fact that it is under the ownership of someone who is essentially running it into the ground.

Considering that the club was founded in 1892, it’s importance to the region is impossible to understate and is one of the main reasons that fans are fearful to vote with their feet – if Ashley refused to sell and the actions of the fans led to the club into administration, to what extent are they complicit in the death of an institution?

The answer, from a common-sense point of view, is very minimally, but it is an easy risk to take theoretically yet a considerably harder one in practice given the far-reaching consequences of such action.

The whole Mike Ashley saga is one side of the coin in this argument, where the feelings of nostalgia around the club and its rich history are holding it together against the tides of off-the-pitch turmoil. The contrast to this is the inorganic growth of club through financial doping that ignores a club’s history to form a new entity that seems like a clean and sanitised representation of what football is from a corporate sense.

It’s not that the club “has no history”, but rather its history seems so far removed from its current state that equating the two seems like a fanciful projection to avoid facing the reality of the situation.

The most prominent example of this in contemporary English football is the takeover of Manchester City by the Abu Dhabi United Group in 2008 that propelled the club into the upper echelons of the Premier League for the first time since the reformatting of the competition in 1992.

This is not to say that City didn’t experience success in the past, their pre-1970s haul of four FA Cups and two First Division titles doesn’t exactly represent to a barren trophy cabinet, but the acceleration to becoming a juggernaut that steamrolls almost every team they face has been unnaturally fast when compared to other teams that have followed a similar trajectory.

Chelsea, for example, were taken over by multi-billionaire Roman Abramovich in 2004 and were quickly propelled to a league title. At first sight, this appears to be a comparable situation, however, just looking at the league finishes prior to the take-over shows that Chelsea had been in the top six for all the seasons since their 11th placed finish in 1995-96. Unlike with Manchester City, this clearly shows Chelsea’s incremental path to cementing themselves as one of the top teams in the division.

This isn’t a criticism of the way that the club has gone about their transition from mid-table mediocrity to major players in world club football, but rather a major reason why they are perceived by fans of other clubs to have attained success by illegitimate means. Aside from this name-calling, another main argument by their detractors centre around the feelings of apathy they have towards City and their achievements.

When they won the league in the 2018-19 season following a close-fought race against Liverpool, there were fans of their cross-town supposed arch-rivals, Manchester United, openly cheering them on to beat the boys from the red half of Merseyside. While there is clearly no love lost between the Red Devils and their noisy neighbours, it is telling that they feel the main antagonists in their quest to dominate English football hail from 35 miles away.

Read More | Manchester City’s Ban And Financial Fair Play – Is It As Fair As It Could Be? |

Fundamentally, the underlying truth of the matter is that the perception of a club’s “history” is entirely dependent on the extent to which outsiders feel that fans embrace it. This is, admittedly, an arbitrary benchmark that is simply defined by whoever can shout the loudest and make you believe their point of view – it certainly is in the interest of a club’s rivals to perpetuate examples of these supposed betrayals of their history in order to denigrate them.

Aside from petty point-scoring and banter of the terraces, this discourse doesn’t appear to have any particular value when viewed in isolation. However, bringing the rest of football’s baggage into focus alongside it does make the underlying cause of this tension more apparent – a deep-seated fear of change.

The explosion of money injected into the Premier League since the turn of the millennium has been nothing short of staggering and the distortion of the game has been an unavoidable consequence of this. This need to protect the qualities of the game that we hold dearest is inherent in most football fans and acts to hold out against the tides of change, a chief concern of which are fans who are seen to abandon their history and tradition.

On the lowest possible level, what is football without history? A group of 22 players who are chasing a ball around for momentary superiority – without consequence there is nothing left to play for. From the nobility of Newcastle fans for refusing to desert their club to the supposed fickleness of Manchester City fans keenly jumping on the oil money gravy train, there will always be a difference of opinion when it comes to resisting change whether it is positive or negative.

The potential consequences of the trajectories that both these teams are following illustrate perfectly why people are so fearful of changes that could upset the apple cart and irrevocably change something that is so deeply ingrained in our culture.

Some may say that change is a fundamental part of life and this deep reading into it is merely hyperbolic – when Alf Commons sensationally became the first £1,000 player in 1905 it prompted questions to be asked in the Houses of Parliament about the immorality of where the game was headed, however on reflection the story appears to just be an inconsequential footnote in the hefty tome of football history.

From the other school of thought, however, there’s an uneasy sense that we are living in the times where the straw that breaks the camel’s back might finally be laid down, but, as The Smiths once sang, Stop Me If You Think You’ve Heard This One Before.