Football. On the surface of it, just a game involving twenty-two men chasing a ball for ninety minutes. Yet at the same time, an emotionally charged commodity that arouses the deepest passions in all of us. The working class’s sport, football continues to be a wonderful outlet for millions. The frustrations of a hard, demanding week all fade in collective outbursts of joy at a dribble, tackle, save or goal. Yet while football has been a temple of many wonderful things, it also has dark elements, that have emerged again. Worryingly, racism has again reared its ugly head in a spate of recent incidents. The game will also have to confront and overcome the evils of homophobia, sexism, and hooliganism.

While pressure has continued to grow on the governing bodies of the sport to act swiftly and strongly, we have seen heroes emerge. Heroes we can all love and relate to. Raheem Sterling, who has shown courage, mental poise and grit that stretch far beyond his tender years, is the first example. But he is not alone. The task of a footballer it seems is very simple. To put in great performances and entertain their fans. But a few transcend that and go on to register imprints on society we will never forget. This piece talks about one such character, who has had his own challenges to face and taken them head-on. It would have been quite possible for prison to lead Troy Matthew Deeney down a treacherous slope. But today, he stands, a leader supreme. This is his story.

Deeney grew up in a troubled household, with his stepfather separating from his mother when he was just eleven. Deeney grew up in Chelmsley Town, in ‘the ends’. Having grown up in a tough environment with family troubles, the young boy was always a free albeit loose spirit. Aston Villa came calling at the age of 15, but he skipped trials on three of the four days. Revealing his mindset at the time in an interview to the Watford Observer years later, he says, “I was 15 and I had a summer vacation. So what do you think I wanted to do? Playing football or going to the park where all the girls were”.

Deeney’s father was notorious in Chelmsley Town, in and out of jail regularly. At home, Paul Anthony Burke refused to let his young son know the true nature for his absence, telling him that he was on vacation. He made Troy take his mother’s family name, Deeney as his surname to avoid being linked with the Burke name, infamous in Chelmsley Town. Burke, however, was eager to ensure that the sins of the father would not pervade the son. That Troy would be his own man, with a moral compass and heart in the right direction and place. In an interview with the Daily Mail, Deeney muses, “Maybe it will seem strange to some people when I say I admired his morals. But he taught me about responsibility. Never blame anybody else. If you make a mistake, it’s your mistake.”

Deeney had a career of sorts, working as a bricklayer, his hard graft yielding him a small sum of 140 Euros a week. One Saturday morning, young Deeney was shooed out of his home by his mother, who needed to clean up. The young man, after a fairly nocturnal Friday night, the after-effects of which he was still feeling, went to play for Chelmsley’s amateur footy side. A hungover Deeney proceeded to net seven in a 11-4 win. In attendance was Mick Halsall, scout at Walsall FC. Halsall proceeded to invite Deeney for trials at Walsall. However, Deeney’s care-free spirit pervaded him. It took Halsall’s coaxing and forcing to make Deeney put football first. By the 2007/08 campaign, Deeney was playing in Walsall’s first team in the third division. He netted 27 times for the club in 123 games. In 2010, Watford FC came calling. 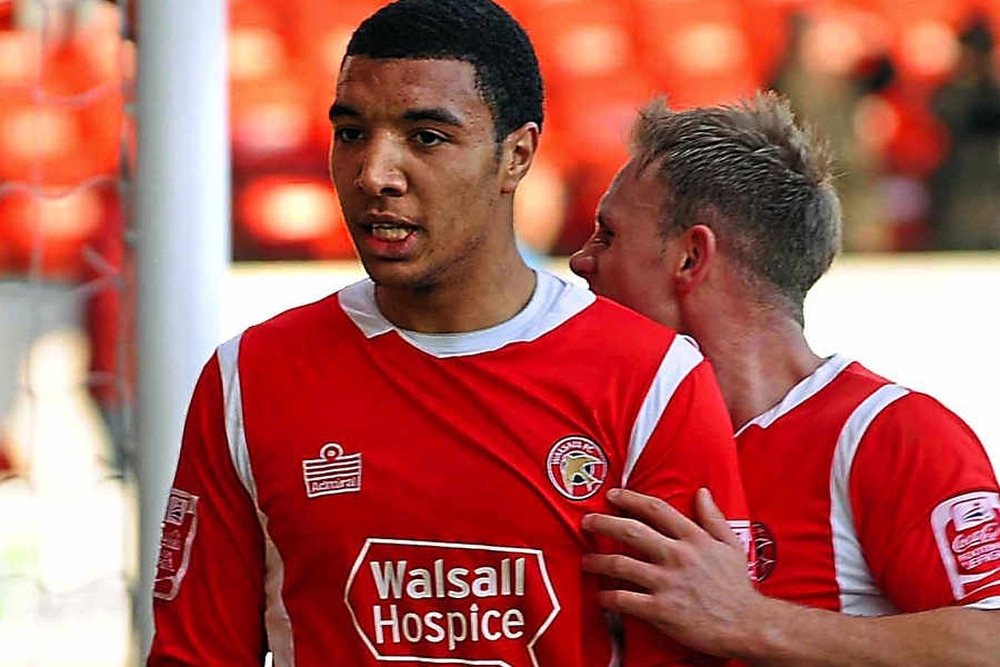 February 2012 was a month of massive upheaval in Deeney’s life. His father had been diagnosed with an advanced stage of esophagus cancer. A man generally doctor averse, Burke now had to seek treatment when the pain was too much. The signs seemed to point to a patient on the brink, who did not have much longer left. Deeney says, “Going out and seeing the strongest man I know crying wasn’t ideal.” And then it happened.

A few days later, Deeney was at a club in Birmingham. Under the influence, word came to Deeney that was his brother was being attacked in a fist fight. In a drunken fit of rage, Deeney came careening through the crowd, punching up everything he saw. Then, the moment came to transpire, after Deeney had left one of his victims gasping for breath on the floor. “I hit the guy and he went down and as I have turned round to start fighting again, I felt like a tug on my leg. If you know, in fighting, if someone’s grabbing at you, there’s a chance he’s got a weapon. You don’t know what he’s got. I just put him out. That’s the only part I don’t like talking about. That could have gone so far left. The guy could have died because I am a powerful guy.”

Released early, having shown remorse for his actions, Deeney started to piece his life back, stronger and in purer fashion. Deeney recollects, “I had 20 people in tow. And 200 people stored in my Blackberry. Only five sent me a letter.” Deeney’s wife stayed a firm bedrock, supporting him through this phase. Ten days after release, Troy Deeney was a lethal threat again. To goalkeepers across the country. Having been supported and backed by the football club all through, Deeney proceeded to repay their faith and then some.

339 appearances for Watford have led to 114 goals. Deeney is more than a physical striker who loves to rough up his opposing centre-halves. He has a wonderful eye to link play up, and a great finish in front of goal. Beyond all this is his leadership. The traits of responsibility, ownership of duties and confidence in being your own man are all in his soul and spirit. Burke saw to that.  Deeney speaks with candor and candidness rarely seen from the modern footballer, whether aiming jibes at opponents or talking deeply about issues that affect society.

So what is the best setting to leave this journey of mischief, remorse, and revival at? The 7th of April, 2019. Wembley, the dream of any young lad in England’s numerous football fields. In the 94th minute of the FA Cup Semifinal, with his team trailing by a goal 1-2, Deeney earned his side a penalty. Just like with everything he does, there was no excess thought, pondering or regret. He blasted it home, and it was a homecoming for a man, a warrior, a true legend of his football club. The Troy Deeney Foundation works to raise money for children with learning disabilities and life-limiting illnesses. So that they can have a fair, equal shot at life. Just like how it should be. Having turned his life around through the beautiful game, he is now determined to see children living out their beautiful dreams.

Troy bears a tattoo, that has three lines embossed on it. They read – I have fought a good fight, I have finished the course, I have kept the faith. What better sums up the story so far? Football needs its Troy Deeney characters. To be a game for all of humanity, that uplifts and inspires everyone.