Borussia Dortmund’s perennial underdog status has managed to soften even the most stone-hearted skeptics into falling head over heels for football’s resident hipster club. Be it their rise from the ashes of bankruptcy to ultimately reach a Champions League final or their unmatched atmosphere at the Westfalenstadion emitted by The Yellow Wall, tipping your hat to the German giants is commonplace.

However, one of the principal factors behind this universal admiration for Dortmund is their keen eye for spotting gifted young prospects and nurturing them into becoming superstars. Christian Pulisic’s surge from arriving on German shores as a 16-year old from Pennsylvania to signing on the dotted line of a £58million transfer is indicative of their sensational youth development policy. Despite the American winger’s departure from their club, Die Borussen’s youthful spine would have inspired confidence among them until Abdou Diallo’s shock sale to Paris-Saint Germain was confirmed.

Signed from Mainz 05 in 2018, Abdou Diallo’s Bundesliga experience was for all to gawk at as the then 22-year-old defender wasted no time in announcing himself in the black and yellow strip. During his time at the Westfalenstadion, the former French Under-21 skipper has ticked all the boxes one must qualify as a modern centre-half.

Defensively, Diallo left no stone unturned. With 2.2 tackles and interceptions under his belt over 27 league starts this season, the marauding defender emerged as a revelation. In terms of distributing the ball, he racked up an impressive 64.9 passes per match at a success rate of 89% which is a testament to his comfort on the ball. His brilliant crossfield-diagonal passes to the right flank, particularly to Jadon Sancho have been a staple to Dortmund’s forays forward.

Apart from these traits, the ex-Monaco man’s versatility made him an indispensable piece to Lucien Favre’s puzzle as he operated as a left-back in the second half of the campaign. By his own admission, Diallo would much rather play in his natural position and putting his performances under the scanner, his form was slightly hit-and-miss. However, the Frenchman’s ability to step up to such an unfamiliar challenge and ably perform on several occasions was yet another positive sign.

To boast of such a well-rounded defensive talent at such a young age signaled a long-term investment into a player who could well and truly become the benchmark in his position as time progressed. Dortmund sporting director Michael Zorc had once again bagged a prospect with immense potential as per, and Diallo’s affiliation with the Black and Yellows looked set in stone for years to come.

Rekindling the Hummels affair spelled the split for Diallo

A successful season for Dortmund ended on a bitter note as they imploded on their way to lifting the Bundesliga crown, handing it on a silver platter to rivals Bayern Munich. It was time for Favre’s men to regroup once again. The silver lining for the Signal Iduna Park faithful was that this current crop of youth and experience exhibited that they could usurp the kings of German football. With their excellent additions of Nico Schulz, Julian Brandt, and Thorgan Hazard, the Black and Yellows sent out the ideal statement.

Having said that, when Mats Hummels returned to Der BVB for an exorbitant €38million, many questioned this decision, and they had good reason to do so. While one may point towards the triple-digit transfer fees that are branded about on a regular basis, the investment is far beyond financial terms. With Favre laying the groundwork for world football’s standout young defensive trident in Manuel Akanji, Dan-Axel Zagadou and Abdou Diallo, signing a 30-year old Hummels who is past his best seems a bit strange.

With Bayern Munich bringing in the likes of Lucas Hernandez and Benjamin Pavard to freshen up their back four by incorporating younger blood, deeming Hummels surplus to requirements, Dortmund’s acquisition of the World Cup winner lacks vision in the similar vein.

To further rub salt in the wounds of their fanbase, the crown jewel of their defense in Diallo has been sold to PSG at a bargain of €32million. In both footballing and financial terms, the decision to bid the youngster farewell is a real head-scratcher.

Michael Zorc’s nonchalant justification of the transfer was even more alarming, considering the immense ceiling for stardom that Diallo clearly possesses.

“Abdou has decided that he wants to take on another challenge and for us, it was a good deal financially, that’s why we agreed to the transfer.”

Zorc’s insistence towards a high return on investment could be rendered futile, considering that if Diallo were to continue to develop at the rapid rate he was at Dortmund, he would have been one of the most valuable commodities in Europe in a couple of years from now. In addition, Diallo’s side of the story was not as plain and simple, and that there was a sense of the club and the player not being on the same page regarding his future.

On the pitch, Diallo was inarguably the club’s standout central defender. Selling him at a minuscule profit of just €4million from his initial transfer fee is uncharacteristically impulsive from the business-savvy board of Dortmund.

If the idea behind signing Hummels was not only his pedigree as a player at the highest level but also in order to guide Dortmund’s youthful defensive dynamos on how to reach the top, it would be understandable to a degree. However, bringing him in as a replacement for the brilliant Diallo is a case of moving one step forward and two steps back.

How will Dortmund move on post-Diallo?

Now that Diallo has put pen to paper at PSG, Der BVB must devise a plan of action without the all-purpose defender. Favre is expected to build his backline around veteran Hummels, taking into account that Dortmund splashed the cash to acquire the services of the experienced campaigner.

Both Akanji and Zagadou are expected to square up against each other in order to partner the former Dortmund captain unless the trio is fielded in tandem in a 3-man defence. While Hummels may showcase that form is temporary and class is permanent, Dortmund’s hands are tied in a scenario in which they must put all their eggs in the basket due to an unnecessary big money signing that is clearly on the decline.

The emergence of young gun Leonardo Balerdi is a positive sign for Die Borussen. Given Favre’s one-of-a-kind ability to turn raw talent into the best of the best, the Argentine defender’s rise could bring about an upturn in fortunes. Apart from Balerdi, Julian Weigl showcased his tactical malleability by performing ably as a right-sided defender in a back three. 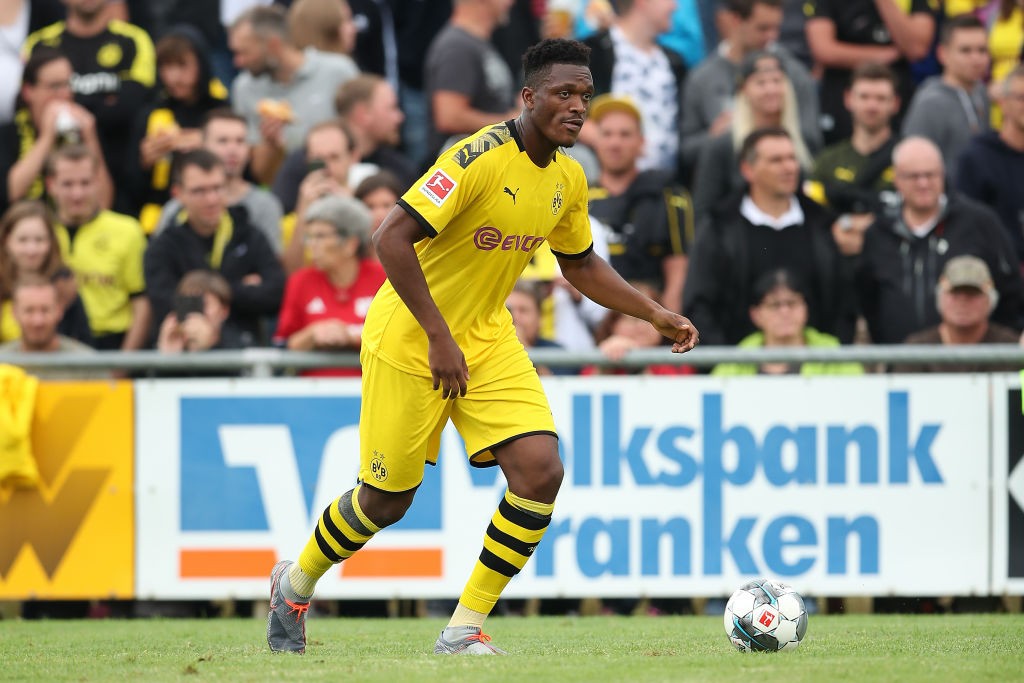 There is no denying the wealth of talent at Dortmund’s disposal. On closer inspection, however, only Akanji and Zagadou can be considered as certified starters. Balerdi has bags of potential, however, his incorporation into the first team is yet to be fully tapped into while Hummels’ form has fallen off a cliff.

At left-back, Schulz’s acquisition is a highly shrewd one. However, the German international is more of a left-wing back and his deputy, Raphael Guerreiro, cannot make up for his defensive deficiencies with his adventurous attacking runs.

While Diallo is far from the perfect option at left-back, the Frenchman is a boisterous defender and presented a solid, if not spectacular, alternative to Dortmund’s high-flying fullbacks.

Abdou Diallo is a product of meticulous scouting in a market where transfer records break season after season and bidding him farewell could be a decision that Dortmund live to regret.