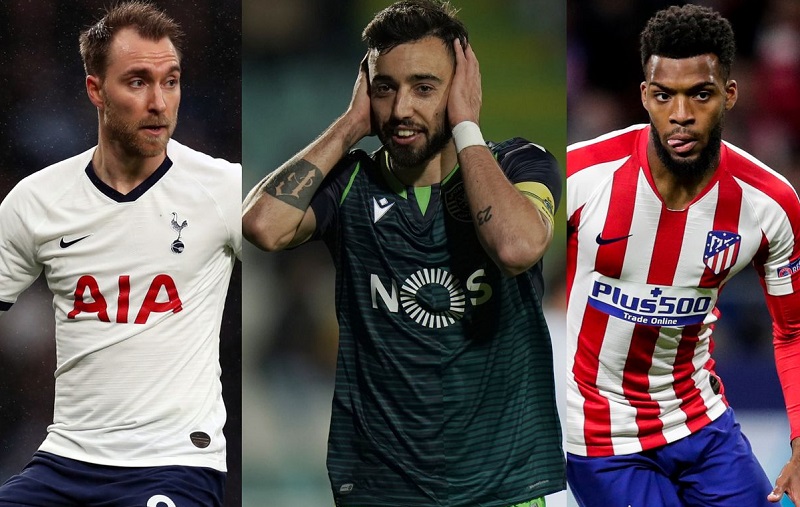 We are bang in the middle of the winter transfer window, and there have already been some interesting transfer rumors making the rounds and giving fans hope or despair depending on which side of the transfer story they are in. The likes of Zlatan and have already made their blockbuster moves and there are more in the pipeline. Potential new players could bring about exciting changes in odds in the Soccer betting markets.

Today, we’ll go over some of the most likely transfers to take place this month as per credible sources.

Tottenham are on the verge of completing their first signing under Mourinho as they look to finalise the deal to bring exciting young Portuguese Gedson Fernandes from Benfica on an 18-month long loan deal as confirmed by Fabrizio Romano. The fact that Mourinho is Portuguese would have also had a role to play in Fernandes’ decision to join Spurs.

According to The Times Christian Eriksen has reached an agreement in principle with the Nerazzurri on a four-year contract worth around 100,000 a week after tax. The Dane has pushed for a move since last summer and has been well below par this season. He will be desperate to complete this move before the end of the winter window and get back to form.

This seems like Déjà vu. In the summer, there were many rumours of Bruno Fernandes making a move to the Theatre of Dreams, but United insisted on not over-paying. They have now gone back to Sporting with another offer and expect the Portuguese club to accept the offer and terms and conditions this time. The fact that Sporting are in the middle of a financial crisis also boosts the chances of the move going through this month. The likes of Telegraph, Times, Atheltic and other reputed sources like BBC have all reported that Bruno Fernandes to United should be completed within a week.

According to Goal.com, Atletico Madrid are eager to offload Lemar this January and are looking to offer him to Premier League clubs. Earlier Tottenham and Arsenal were interested, but it seems now as though Wolves are leading the race to sign Thomas Lemar. He would be a very good addition to a squad fighting for the Top 4 spot in the League