Santiago Cazorla González or “Santi” completed his comeback into the world of football by scoring a brace for his club, Villarreal, against Club World Cup Champions Real Madrid. It bookended a happy few months for Santi at his boyhood club after a horrific two years plagued by surgeries, injuries, and darkness.

Few players have had to endure the suffering Cazorla experienced during his last few years at Arsenal.

Cazorla suffered an injury to his ankle when playing with Spain in 2013. Despite being told he was okay to play soon after, the injury kept getting worse until it became unbearable. Cazorla endured the pain but was finally forced out in October 2016. One setback after another, multiple missed targets, and simultaneous injuries to his knee, ligament, and ankle, were nowhere close to the horror beneath the surface. The consequences of the injury caused more damage than the injury itself; his stitches kept splitting open, the infection eating up 10 cm of his achilles tendon. Forget football, Cazorla was told he would be lucky to walk again.

“They’d said to me: ‘Don’t worry about playing football, concentrate on regaining a normal life, being able to play with your son or go for a stroll.’”

Cazorla was told he would never play football again. He was told to settle for walking in the garden. He was told his leg might have to be amputated. There were times in the darkness when he too thought of giving it all up and spending time with his family. The suffering almost got the better of him.

After multiple surgeries, Cazorla now has bits of his forearm in his right ankle, a piece of his thigh as a replacement for the forearm and bits of his leg in one heel. He’s also got a metal plate in his foot and bits of hamstring done up to replace his achilles. Before returning to football earlier this season, Santi Cazorla had been out of the sport he loved for almost 2 years. He had undergone 10 operations, endless hours of physiotherapy, and lost arguably the last years at the peak of his career.

“And Arsène always supported me. He renewed my contract before the first operation, which was an incredible gesture. He called me in: ‘Santi, I’m going to give you the optional year. It’s here, sign it, have your operation with peace of mind.’ That helped me focus on my rehabilitation without fear. I’m eternally grateful for that.”

And despite all that, he never lost his smile. Cazorla had been a part of both of Spain’s victorious Euro Championship campaigns in 2008 and 2012 but had to miss the World Cup in 2010 due to injury. Besides his talent, it was his infectious personality that had such an impact on his teammates. During his long-term layoff, Cazorla received scores of tributes from players, friends, and teammates. It was an indicator of the man he is. There was a warmth to Cazorla’s personality that transcends the game and will continue to do so.

Cazorla, loved in Spain, had a lot more eyes on him when he made his big move to the Premier League. Prior to that though, he began his career in Real Oviedo’s youth setup where he was picked up by Villarreal at the age of 17. After a decent first season, he was signed by Recreativo de Huelva in 2006, helping them finish 8th. 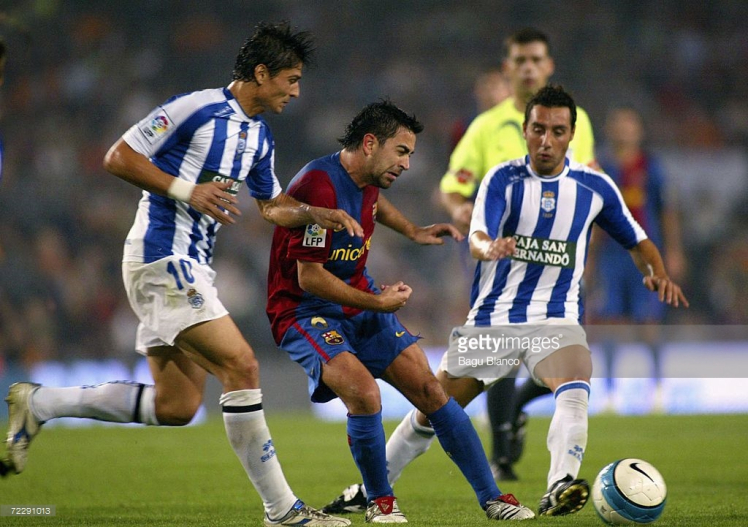 He received the Spanish Player of the Year award that year, before moving back to Villarreal for the following season. As his influence began to grow, he was linked with a move to Real Madrid, famously rejecting it. Many could have seen that as a disastrous move, but Cazorla’s stock and star continued to rise. When he moved to Malaga for a record 21 million euro purchase, he was seen as a key focal point. Linking back up with his previous manager at Villarreal, Manuel Pellegrini, Cazorla played a key role for the nuevo-riche Andalusians helping them qualify for the Champions League for the first time in their history.

When Arsenal picked him up in 2012, Cazorla was playing at his peak. He continued his fine form at Arsenal scoring 12 goals and assisting 14 in his first season, finishing as Arsenal’s Player of the Year for the 2012-13 season. His influence and impact was a mainstay under Arsene Wenger despite more high profile signings, and he would continue to perform until his shocking injury in 2016.

Cazorla was arguably Arsenal’s most impactful player during his time at the club. Yes, Mesut Ozil and Alexis Sanchez drew much of the plaudits, but it was Cazorla’s influence deeper in the field that allowed the more advanced players to flourish. Cazorla’s ambidexterity combined with his flawless passing and shooting technique eased the burden on players passing to him. He was ever reliable when receiving the ball, and would more often than not pick out a pass to keep the play going and improve his team’s transitions.

At 32, Cazorla might have been on his way down at the time when the injury struck, but he was nowhere close to the nadir of his career. He would have undoubtedly had a continued impact at Arsenal and Spain, even if it was in a withdrawn role. The injury, which would have derailed many other footballers, prevented him from continuing at his peak but never forced him out. He persevered and fought, never giving up and was rewarded by his former club when they allowed him to train. It is perhaps the loyalty shown to Villarreal early on in his career that led them to give him another chance. He was and remains a wonderfully talented player, but when Villarreal brought him back, they simply allowed him a platform. No pressure, no expectations, just play. It wasn’t out of pity that Villarreal brought him back.

This season, Cazorla has featured in virtually every game for a side struggling for form. He starts on the left of a midfield four but has a free role much like he has throughout his career. He’s been protected and cared for at Villarreal, perhaps too much, but his impact is still tangible.

Against Madrid, however, it was different. The occasion, the goals, the turn of the year, maybe all of it combined helped produce a cathartic feel to the match. When Cazorla curled the ball beautifully into the bottom corner to open the scoring, it felt as if the world willed it to happen as much as Cazorla himself. It was a massive occasion as is – the first game of 2019 – but with Cazorla scoring the first goal of the year, it felt bigger. You could see what it meant to Cazorla, his teammates, the fans, the way he was embraced.

Not too long ago, he was told he’d be confined to garden walks with his kids. The other night, he was the best player on the field against the World Champions.

Cazorla has had to go through darkness that perhaps many footballers, scratch that, people, will never have to go through. His journey back to the game he loves, the tributes he has received and the impact of his warm personality show how much the sport and Cazorla himself, transcend the football pitch. As Cazorla travels Spain with Villarreal for the rest of the season, he will continue to receive standing ovations that he got on his competitive return. He’s just happy he’s playing football again. New Villarreal manager, Luis Garcia, called him a phenomenon and said there’s a lot more still to come. We can only hope that he’s right. Seeing Santi’s smile take to the field again is heartwarming, and is real proof that the romance of the sport hasn’t faded out just yet.