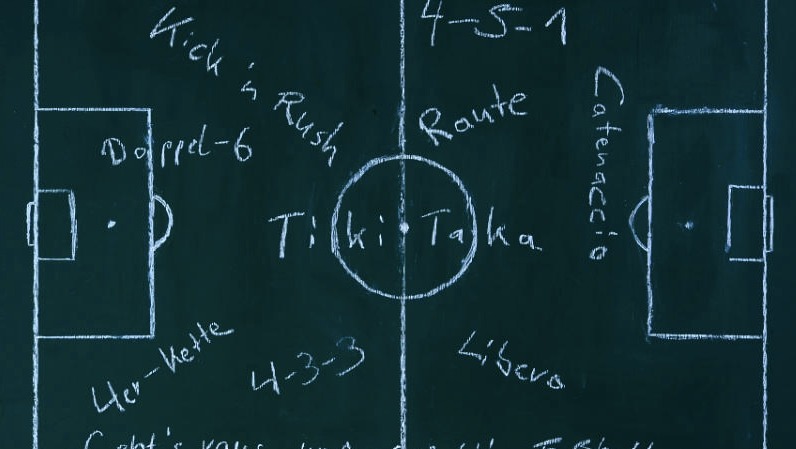 39%, read France’s possession stats for the World Cup Final of 2018. Hardly the stat you’d expect from a team that would go on to win the biggest game in football by a scoreline of 4-2, but maybe not surprising against a duo of Ivan Rakitic and Luka Modric. But football’s a funny game, governed only by the score on the top left of your television set. France struck four hammer blows, with the first three against the balance of play.

The world’s biggest football tournament witnessed pragmatic and focused approaches to ties, as opposed to the kamikaze attacking fare the Champions League offered this year. The sport has evolved from hoofing balls up to target men, dazzling wing play to ruthless counter-attacking, tiki-taka, and Gegenpressing. Football is rather like chess. You can wait for your opponent to blink first, or you can take a gamble. And the game is in a wonderful state of flux now, with many styles afoot. The times they are a-changin’ said Dylan, and so they are.

Events leading up to Russia suggested there would be madness afoot if the games were anything like those in the Champions League circuit. For years, Europe’s elite club competition has been a game of cat and mouse. Teams preferred to rigidly stifle games away from home, and use a raucous home crowd to steal a two-legged tie. Manchester United needed a Paul Scholes ripper back in 2008, Barcelona an Andres Iniesta magic goal in 2009. Jose Mourinho and his notorious band followed in 2010, followed by Guardiola’s magic of 2011. Chelsea resolutely sat back their way to the Champions League in 2012, continuing the dominant trend. And in recent years, the emergence of Atletico Madrid as a European force has been down to a solid approach, giving away nothing.

The 2017-2018 edition, however, would prove to be a huge exception. Teams that were cautious or timid for even a few minutes were always vulnerable, be it home or away. Major scalps at each round highlight this. Manchester United fell at home to Sevilla in the round of 16, with Jose Mourinho getting everything wrong. A midfield duo of Fellaini and Matic cut any of United’s forward thrust, as United huffed and puffed. As United played within themselves, ponderous and ineffectual, Sevilla pounced swiftly when in possession. Barcelona fell as well, with a 4-1 lead from the first leg of the quarterfinals against Roma. As they sat back and stopped playing, Roma went all in and came out flush with glory.

Even the usually fearless Pep Guardiola fell a victim of caution. Using a horribly constricted 3-5-2, with only Sane and Walker offering width in a bid to stop the Liverpudlian surge at Anfield, City collapsed as the lightning press and counter of Klopp’s reds took them apart. The semi-final score lines really reflect how open-ended football can be at times. Real Madrid edged past Bayern Munich 4-3, with a dreadful keeping error, great goals, and spurned chances making it to the highlight reel. 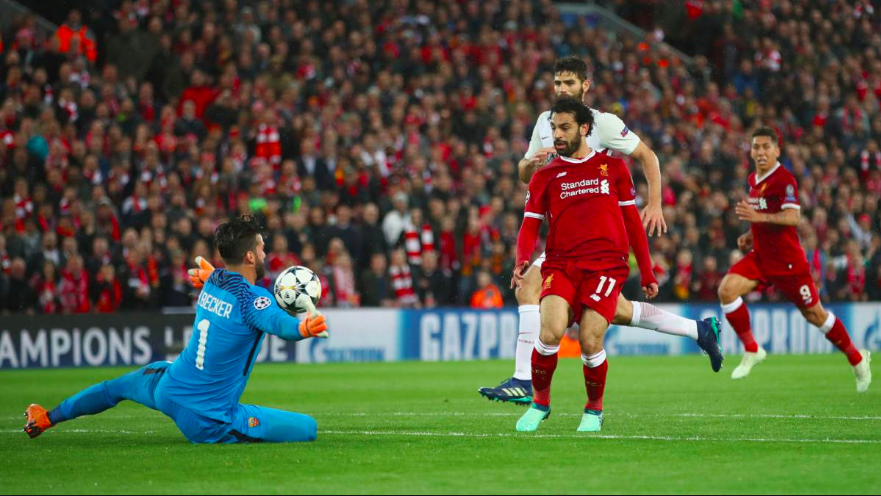 Liverpool’s tie against Roma was equally astounding. A horribly high line meant Mo Salah and his band of Reds destroyed his former side 5-2 at Anfield, only to nearly throw it away in a bizarre 4-2 reverse in Rome. In what will go down as the infamous Loris Karius final, attacking still ruled the roost. It seems as if managers are being forced to change their aversion to risk. After all, the reward is so much higher if it pays off: an away goal, a chance to stretch out in the tie, all 3 points instead of 1. The criteria for defenders in these teams is simple, to be able to play the ball out from the back and add to the attack. Gone are the days of rigid tightness and caution.

The likes of Joshua Kimmich, Andrew Robertson, Trent Alexander Arnold, and Marcelo lit games up aplenty by performing auxiliary winger roles. Rarely do teams want hard tacklers in midfield now, they want transition midfielders, like in the mould of Fabinho, Fred, and Jorginho; to turn defense into attack in a blink. No more lumps up top; skilful linkers of play like Firmino and wide goal getters like Salah are a trend in club football now. While Klopp failed to win the tournament, teams following his attack first ethos made a dent this year.

What we learnt in Russia

Russia would bring with it the winds of change. Teams seemed to appreciate their limitations and focus on game management to work towards results rather than entertainment. One might argue this was due to the knock-out and short nature of the event but rarely have seen so many of the favourites fall prey to such an approach. Germany looked hopeless the whole tournament, unable to open Mexico; a thrilling side on the break, who put defense first. Germany’s ultimate demise came at the hands of the South Koreans, who soaked up pressure the whole game and struck on the break. Russia got remarkably far and defended like lions for 120 minutes against the drabness of Spain. Where they dazzled with ball retention in South Africa, they seemed pedestrian in Russia.

The man bringing the old winds back was Didier Deschamps. So many of his own countrymen questioned his reliance on Olivier Giroud, the way France played, as well as the lack of a real attacking ethos for a team with the world’s finest forward players in Paul Pogba, Kylian Mbappe, and Antoine Griezmann. But this is where France won their second World Cup. Their players set the flair and thrill aside and worked as a unit. Diligently closing spaces and being lethal on the break, France were brutally functional and effective.

The likes of Eden Hazard and Thibaut Courtois of Belgium, arguably the only team to make a concerted effort to play aesthetic football in Russia, moaned loudly and for quite a bit after falling to France, but deep down they will know there is no pure or right way to play this game. France knew the strengths of their opposition and shut them down, before using their reserves of talent. The final is a great example of this. Constantly being hustled and harried by the midfield duo of Rakitic and Modric, as well as Ivan Perisic, France relied on their Centre-Halves and goalkeeper to keep them ahead.

Deschamps played simple football on the attack, using Pogba to release Mbappe, or knocking it long to Giroud and involving Griezmann. This very kind of link allowed Pogba to release Mbappe, and seal the move himself with a speared left-footed drive. Deschamps is a man vindicated, and even club managers could be looking at his style and wondering if it is executable over the demanding nine months of a season.

The World Cup offered plenty of brave underdogs, with street smart and confident plans. Whether club teams can implement this is different. It might still be an attractive proposition for knockout European football, but one senses leagues like the Premier League will need more bravado. With the density of six top teams jostling for the title, every extra point is gold, and teams might take that extra risk in the odd game.

Whether we see Deschamps’ caution or Klopp’s aggression set the theme for the season ahead, the game is afoot with change. Now, there is no prevailing one style in the game. Teams could look to use templates from the World Cup to stop the likes of Pep Guardiola’s Manchester City, that like to play with the ball. Whatever unfolds, the impact of the World Cup and Champions League is sure to impact this season. And we can hardly wait. For the times they are a-changin’, but the passion’s the same.