You are here
Home > Opinion > The Eagles are soaring again. 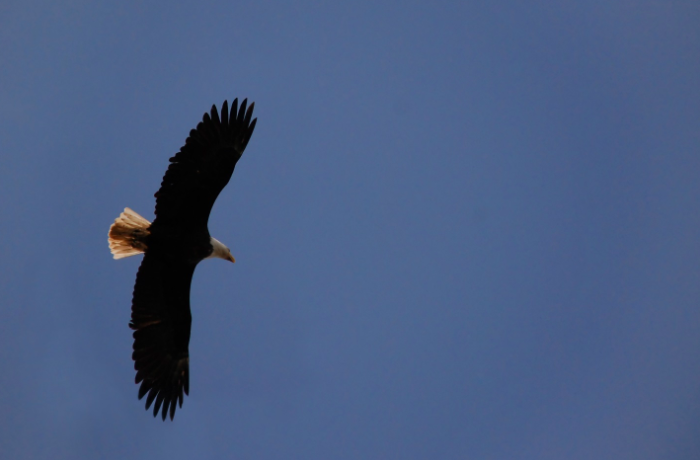 As a Manchester United fan, it’s hard not to love Crystal Palace.

They’ve beaten Chelsea and Liverpool away from home and embarrassed Arsenal at home with a thumping 3–0 win.

From languishing on 19 points, level with rock bottom Sunderland, chances of survival looked bleak for Crystal Palace. Had anyone else been at the helm, you would have thought they were dead on to get relegated. But that’s the thing about Big Sam managing your side, the man doesn’t follow the laws of gravity, he just will not go down.

Here’s how Big Sam doubled his points tally from the first 25 games over the next 8.

The Serbian has played 9 games this season, so his comparison with Kante and Wanyama is done over a 90 min period as opposed to a overall comparison. Luka, as he’s called by his teammates who still struggle to pronounce his name has had a profound impact on Palace. Crystal Palace lost club captain Mile Jedinak to Aston Villa at the start of the season, and never quite found a replacement until the arrival of the big Serb.

As you can see, he makes more interceptions and clearances than the two other big destroyers in the league. Now that can be attributed to playing for a smaller club and hence allowing him to have better numbers. But on closer inspection he has a better defensive score than both the midfielders and also, hasn’t made a single defensive error in his time at Palace.

The most noteworthy fact is his average pass length which is considerably higher than Kante and slightly better than Wanyama. The main reason for this is the second reason for the resurgence, Christian Benteke.

Sold at the start of the season to Crystal Palace, termed a Liverpool ‘reject’ it was always going to be difficult at Liverpool for Benteke. He isn’t a link up a striker. He thrives off crosses into the area and long balls upto him. Under Alan Pardew, he was rather ineffective for the simple reason, that Pardew was trying to take Palace to another level in terms of the quality of football being played.

He was trying to get them playing pretty “tippy-tappy” in Allardyce’s words. But it would appear, that unlike Hughes at Stoke, it would be a lot tougher to break that mould at Crystal Palace, given the physicality of the players and the lack of too many technical players barring the likes of Cabaye and Puncheon.

Big Sam didn’t have to do much. He walked in and took Crystal Palace back to their former style of play. Sitting deep, smashing teams on the break with the likes of Zaha and Townsend who are devastating on the break and utilising the height of the likes of Benteke and Tomkins off set plays.

Here is Benteke measuring up to two strikers with different skill sets. The first is one of the best hold up strikers/ target men in the league and the other is the best link-up/running in behind strikers. As you can see, Benteke despite playing 20 games in a system which was based on him dropping in to link up the play, still has a better shot accuracy and percentage of aerial duels won. However, his comparison to one of the best in the league in Sanchez, shows us that quite honestly he isn’t a link up player. Play to Benteke’s strengths and you will reap the rewards.

And one of the key factors in playing to Benteke’s strengths has been two of Sam’s widemen in Zaha and Townsend.

Defensive organisation and directness on the break.

The first clip is from Palace’s 3–1 away defeat against Leicester under Pardew, and you can see 3 cheap goals being conceded from the edge of the area, goals that would never go in under Allardyce. The goal Palace score is towards the end of the game, with the concentration of the Leicester players down a notch, but most notably involves a lot of passing and build up play, ending with a lovely fizzed ball into the area.

The second clip is from Palace’s monumental win at Chelsea, where they go down to some smart movement from Cesc Fabregas, but the second goal highlights an Allardyce side, hard to break down, and all you need is one out ball with a pacey set of forwards to catch the opposition out. However after Palace take the lead, watch the defensive organisation of the team. Always first to the second balls and snuffing out any danger with astute positioning, the hallmark of any good Big Sam side.

Palace had conceded 32 goals in 17 games before Sam took over and ever since he’s got his message and methods across have kept 4 out of 6 clean sheets, on their run of five wins out of six.

Allardyce has brought in assistant Sammy Lee and Ryland Morgans was also added to his backroom team as head of performance. He has improved many aspects around the club’s training ground and his use of analytics has helped the team with their defensive duties. Players are fitter as a result of his training and a permanent cryotherapy chamber has been brought in to help prevent injuries, which as worked wonders.

Allardyce heads into arguably his biggest test of the term, against in form Tottenham who mow through sides without breaking into a sweat. The likes of Eriksen and Alli have the technical know how on how to breakdown compact defences’ and Harry Kane certainly knows how to score in North London derbies.

Palace have all but secured another season in the Premier League, but ambitions for being a Top8 side will have to wait as Big Sam goes about his business.

For now, all we can do is appreciate Sam Allardyce and his brilliant revival of the fallen Eagles.