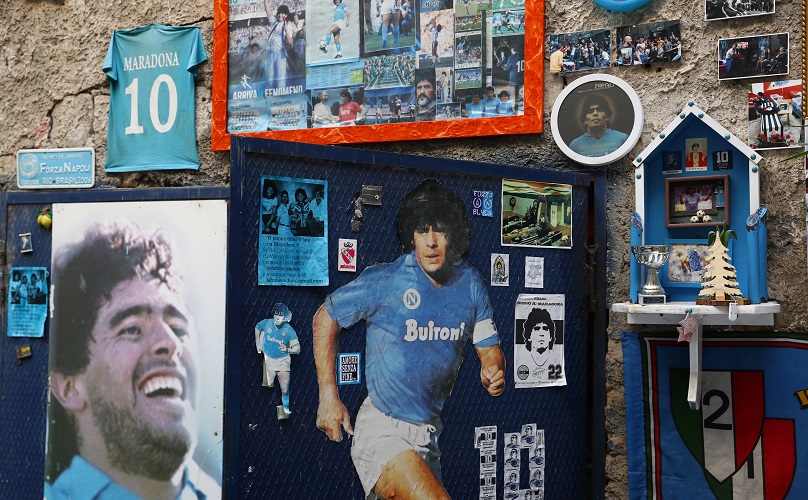 With the world of professional sports teetering on the edge due to the coronavirus crisis, Netflix’s 10-part documentary series-The Last Dance, chronicling sporting icon Michael Jordan’s emergence in the NBA until his final days in the empire that he built with the Chicago Bulls, has been a welcome consolation during these strange and unprecedented times. There is no denying that the documentary is a hagiographic depiction of one of the greatest athletes to inhabit any sport.

This would naturally lead to detractors of Jordan and the documentary to question why there wasn’t a greater focus on the deity that lived outside the United Center and Chicago Stadium, leaving those who were anticipating for the same a little underwhelmed. His gambling issues were glossed over and only in the final episode did we get a look at his children and never did his wife even get a mention. This isn’t a condemnation of Jordan or the documentary, which deserves all the superlatives that have been attached to it since its release.

Anyhow, the Last Dance has created an appetite for more productions of such kind and has initiated discussions around the entertainment and sporting community for the next ‘Last Dance’. Those that are in conjunction with the detractors need only go back to last year’s DIEGO MARADONA – a documentary film by award-winning British filmmaker Asif Kapadia on its titular icon. However, a word to the wise, Kapadia’s documentaries do not engage in triumphalism or dewy-eyed nostalgia. Kapadia garnered much critical acclaim and recognition for his 2010 documentary film – SENNA. His use of rare archival footage, home clips, no formal commentary and limited use of retrospective interviews have underpinned his filmmaking style.

Kapadia’s films also question if these gods of the sporting pantheon can ever be role-models. Jordan’s adversary in the 1993 NBA finals- Charles Barkley famously made headlines that very year when recording a commercial in which he said, “I’m not a role-model. Just because I dunk a basketball doesn’t mean I should raise your kids.” This sentiment is shared by former FISA and FIA president, Jean-Marie Balestre, in SENNA when he unequivocally states, “All the drivers in the world are looking at you on TV because they think, stupidly, that you are an example.” With that, we move to Diego Armando Maradona.

1984 was a seminal year in the history of sports. Michael Jordan was the Round 1: 3rd overall draft pick, Ayrton Senna had announced himself into the world of Formula 1, and the boy from the slums of Villa Fiorito on the southern outskirts of Buenos Aires, Argentina had moved on from his high-profile stint in Barcelona to the quaint yet ostracized city of Naples in Southern Italy. His two years at Barcelona had been marred by injuries that culminated in a no holds barred fist-fight between the bohemian Cesar Luis Monetti’s Barcelona and conservative Javier Clemente’s Athletic Bilbao.

Tired of the hullabaloo that circumambulated him in Catalunia, El Pibe de Oro ( The Golden Boy ) decided to take up the challenge in Italy. Italy had assembled the best footballers on the planet at the time with many of them spread in the northern cities. Much like the Chicago Bulls, Napoli had no rich history to speak of in the sport but it wasn’t a thriving metropolitan like Chicago in 1984, which added to the bewilderment of the football world.

Kapadia’s documentary does showcase Maradona’s greatest achievements like his mazy dribble from the halfway line against England- feinting and deceiving the England players before rounded it off past Peter Shilton in the 1986 World Cup quarter-finals, and his part in carrying Napoli to two league titles ( their only league titles in history ). But these are merely intermittent moments of respite for the Argentinian as his life is overshadowed by the Jekyll and Hyde conflict that many of the great athletes have to endure.

Diego is a loving son and father, pious and a Messiah to the millions in  Argentina but Maradona is a philanderer, dope-fiend, who acquaints himself with the local mafia and is referred to as ‘el Diavolo’ in the denouement of the film for playing a pivotal role in knocking Italy out of 1990 World Cup semi-final hosted in Napoli. This dichotomy is showcased in the England game mentioned earlier, which has polarized fans to this day – do we remember Maradona as the fleet-footed footballer who scored one of the greatest goals in the sports’ history or his contribution 4 minutes earlier that is forever memorialized as ‘the hand of god’.

He’s no Machiavellian figure as one Italian journalist proposes. He wasn’t an axiom like Jordan, boisterous in his play and a magnate since, nor did he have the intellect and bravado of Senna. Maradona looked skittish when passing large crowds and reporters, was treated like a prisoner by the end of his time in Naples, had to overcome the schadenfreude that the greatest athletes are subject to and was crippled by the hedonistic pleasures of life.

His only genius was on the pitch.  A closer analogue would be Martin Scorsese’s Jake LaMotta from his award-winning biopic in 1980 – Raging Bull. He’s not empathetic like LaMotta but he’s more sympathetic than LaMotta – who isn’t sympathetic at all – but like LaMotta, Maradona is perennially seeking redemption. This is a Faustian bargain where Maradona is ultimately overwhelmed.

If our sporting idols were to take the seats at Mount Olympus, Jordan would be Athena- celebrated for her wisdom and leadership in warfare but is spiteful without a moment’s hesitation when one questions her – the Gorgon Medusa and Arachne would surely question our reverence, not unlike Detroit Pistons’ Isiah Thomas. Senna would not be having a seat at Olympus at all. His fate meets a tragic end like the mortal Icarus – he too flew too close to the sun.

Maradona was asked to carry the heavens like Atlas but unlike Atlas, he couldn’t endure it. It’s why we find these sports icons and their stories so compelling but are guilty of building a pantheon around them. During this golden age of television, some of the most memorable characters have been the anti-heroes in Tony Soprano, Don Draper and Walter White. It should come as no surprise that these patrons who changed sport from simply being a sport to global spectacle like Jordan and Maradona share such nuanced attributes.

Today, Diego Maradona is managing Gimnasia, who ply their trade in the Argentinian first division. He pleads that the world be offered another ‘hand of god’. Athletes lead a short career and are never allowed the time during their rigorous schedules to take a break as they have now and many are left with existential dread post their careers due to the muted nature of life after sports but we continue to hold them to such divine standards. Will professional sport ever be the same without the spectacle and what of our sporting heroes without it. This black mirror has afforded us time to reflect.