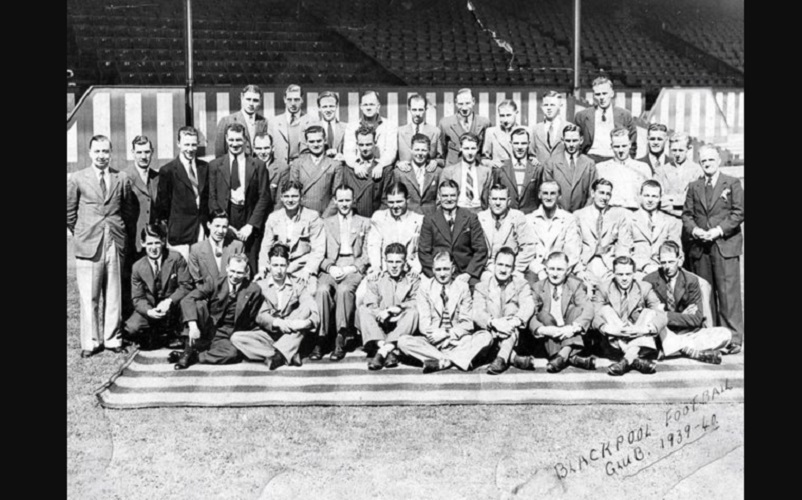 Liverpool are so close to basking in Premier League glory, and as it stands going into the final week of April, the Champions League winners are two wins away from the title.

Sadly for the reds of Merseyside, they may yet be denied a first title since 1990 due to extraordinary circumstances. They are in good company though, with these five unfortunate teams feeling the wrath of God themselves.

While the cancelled 1939/40 First Division season was only three games old when war was declared on 3 September 1939, the sight of Blackpool towering over the rest of the league was an encouraging one for those hoping to see a gripping title race and an unlikely hero. The Tangerines had finished a very modest 15th – just six points above the relegation zone – the previous season, making their position one of great interest.

Prominent amongst those who gallantly swapped the orange of Blackpool for the colours of Queen and Country was Cyril Lawrence, who had been signed by Blackpool the previous year but made no appearances. Living to the age of 99, until his passing in April 2020, Lawrence served aboard the King George V-class battleship, ruling the waves for Britannia as a Naval gunner, surviving countless conflicts and helping to sink the Bismarck.

As for Blackpool FC, the club was fortunate enough to bounce back after a six-year absence, finishing an impressive fifth in 1947, and winning the FA Cup (in the ‘Stanley Matthews final’) six years later.

Speaking of underdog FA Cup final victories, the 1-0 triumph of Wimbledon over Liverpool in 1988 takes some beating. It is one of many resounding shocks that have served to change the way bettors, especially those engaged with sporting index spread betting markets, think before wagering.

However, the cup lift was tinged with sadness, as English clubs were in the midst of a five-year ban from European football. This ensured that Plough Lane would not witness UEFA Cup Winners Cup ties in 1988/89.

While it is very unlikely that Wimbledon would have lifted said cup, the glory – for such an overlooked mutt of a London-based team – would have come from visits to world-class locales. Barcelona’s Camp Nou and Anderlecht’s revamped Constant Vanden Stock were amongst the possible venues Wimbledon could have visited that season.

Known as the ‘Brazilians of Europe’ after a strong 1960s decade, Yugoslavia entered the 1990s on a backdrop of political tension, with the end of the Cold War plunging the future of Eastern Europe into uncertainty. Nonetheless, Yugoslavia managed to finish ‘fifth’ at the 1990 World Cup, marking their best performance for 28 years.

This looked to have given Yugoslavia momentum ahead of Euro 1992. Darko Pančev had put a marker down as the qualification tournament’s top scorer, but with facets of the Yugoslav wars descending into episodes of unspeakable atrocity, Yugoslavia were banned from the final tournament.

Eventual winners Denmark directly replaced them just ten days prior to the opening match, having had no warm-up at all. Had Yugoslavia been permitted to compete, they may have fancied their chances, especially with Denmark’s group opponents England and France being horrendously off-colour and eliminated in the first round.

The Leicester of Egypt (…nearly)

The riot of 1 February 2012, which occurred after a match between Egyptian league duo Al Masry and Al Ahly at Port Said Stadium, is one of the darkest events in Egyptian football this century. The government made a quickfire decision to suspend football indefinitely, thus depriving Haras El Hodoud SC of what looked likely to become a first-ever title.

The perennially mid-table El Hodoud’s position at the top was comparable to Montpellier’s shock Ligue 1 triumph of that same year, and perhaps even Leicester’s Premier League title win of 2016. Unlike ‘La Paillade’ or the Foxes, however, El Hodoud’s exploits counted for nothing, with the 2011/12 season cancelled after 15 rounds and the 2012/13 season suffering the same fate. El Hodoud duly returned to mediocrity, having seen their chance of immortality turned to ash.

The Italian football scandal of the mid-2000s threatened to tear the fabric of Serie A to smithereens. The situation came to a head in 2006, leading to heavy fines, points deductions and expulsions from European competition.

The obvious highlight was the penalty faced by prime offenders Juventus, whose forced relegation to Serie B made them the ‘big man’ in the proverbial prison yard. Everyone wanted a go at the Bianconeri, but though several players had understandably left, Juventus had more than enough for Serie B. They defied a nine-point deduction, and went straight back up as winners. 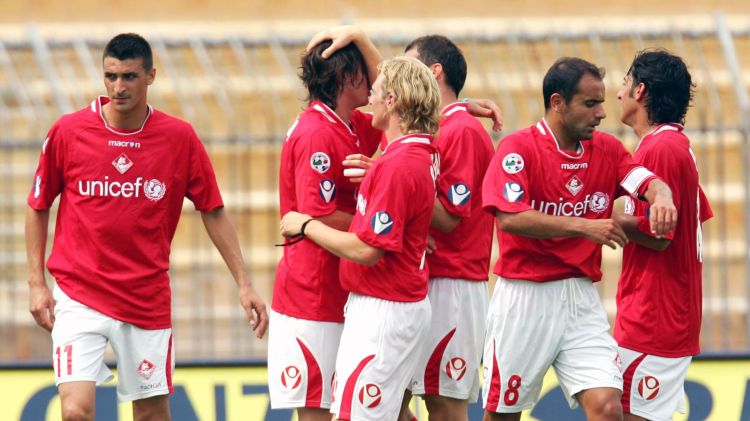 Piacenza fans may feel somewhat aggrieved, as their heroes would have finished third and basked in top-flight status, but for Juventus’ domineering presence. It is anybody’s guess whether Piacenza would have established themselves long-term, or simply tumbled back down. However, they would drop into Serie C just five years later, and go fatally bankrupt.

Feature Image via The Blackpool Gazette