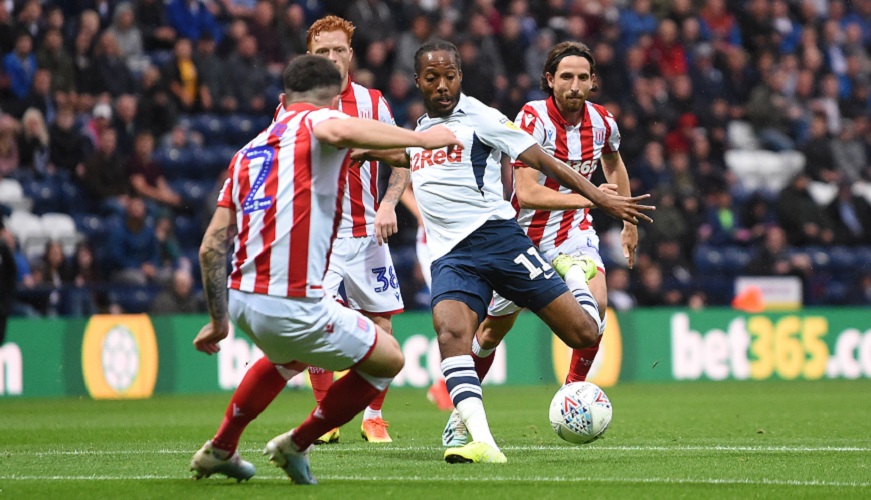 Given the modern-day football market, where prospective players are primarily picked and transferred only between the top leagues of Europe, often, is the Championship not given enough attention?

Is the league that once continuously churned out players of Premier League quality now being overlooked due to the shine and glitter that the players from the French Ligue or La Liga bring to the table?

Let’s put this situation under the microscope.

With the international break this week, it makes sense to appreciate the likes of Mason Mount and Tammy Abraham at Chelsea, Teemu Pukki at Norwich and Daniel James at Manchester United, who are all doing well. These are just a few names that are under the spotlight and mark a clear evidence of the exposure that the Championship provides to players, pushing them to excel when given a chance at the most competitive league in the world.

Rather than just looking at the performances, it would bode well if the top clubs understand where such quality actually comes from. The number of games to be played at the Championship level is much higher than the top leagues of Europe, which pushes the players to maintain a fitness level that is second to no top league in and around Europe.

Once a young and energetic lad from Scotland and now one of the best full-backs in Europe, Andy Robertson’s fairy tale of a journey is an example of the talent that is available in the not-so-attractive football league of England. Having played at Hull City along with Harry Maguire a few seasons ago, the left-back brings unparalleled energy which was missing in the Liverpool side, making him one of the best at his position and ultimately making Liverpool a much stronger defensive unit.

Read More | Andy Robertson – To Hull and Back |

Although, some might argue that the player is who he is today because of his talent and work ethic, let’s pause and reflect upon the scenario wherein if Liverpool had gone with some other LB from some top European league- it would have been near impossible to see Liverpool with the same quality that it possesses today. The part that would most interest the professionals dealing with the finances of the club would be the transfer fees. There is absolutely no chance that one would get the same talent for the money that Liverpool got him.

All that was necessary was some scouts spending some quality time to identify the talent that helped them win the Champions League!

The Cherries striker seems to be one of the biggest gems mined at the EFL Championship. The English striker joined Bournemouth in the summer of 2014 when they had just gotten promoted to the EFL Championship. The striker’s prolific performance was rewarded, with him hitting a career-best stat of 20 goals that played a vital role in helping the Cherries win the Championship that season. The striker stepped up his performance when it came to the Premier League by such an extent that he was viewed as one of the potential solutions to Chelsea’s striker problem and was valued around the high £40m by the Cherries.

The 2018-19 season was clear evidence that Championship talent can definitely be nurtured to achieve Premier League quality, subsequently elevating the quality of English football.

The English shot-stopper rose to the scene during his loan spell at Preston North End from Sunderland, where he caught the eyes of several top English clubs that paved the way for his transfer to Everton in the summer of 2017. He made a total of 27 appearances during his time with Preston where he kept a total of 14 clean sheets. This was good enough evidence for his parent club to replace Vito Mannone as the first-choice goalkeeper. Pickford stepped up his performance in the premier league, where he made a name for himself as a shot-stopper with brilliant distribution skills.

The above stats are just a reflection of his abilities which made him the most expensive English goalkeeper of all time. Just another example of the EFL moulding and transforming potential into talent!

The magician of Leicester City was once a talented boy with an ambition to play at the topmost level of English football. The English playmaker spent quite some time at Norwich City where his quality was on display and as a fitting reward, Leicester came calling in the summer of 2018. Ever since he signed for Leicester City, he showed signs of his ability to step up and challenge the other big-name set-piece takers of the Premier League and did so quite brilliantly.

This platform was offered to him by the EFL Championship and not some top-level European League – the same League that has produced talents like Harry Wilson who is now having a good start to his loan spell at Bournemouth.

Harry Maguire didn’t exactly come cheap. But for a moment, just imagine the amount Manchester United would have had to shell out for him if they had scouted him at Hull City in 2016 when he was plying in his trade in the Championship. Leicester City were proactive and just splashed £17m for the Englishman all be it a year later. He went on to be the pillar in Leicester’s defence for two years running. Maguire also captured the imagination of a nation over the course of the World Cup. Earning his new nickname, and many more fans over the course of the tournament, Maguire was talked about in the same breath as many illustrious compatriots.

Read More | Another Brick In The Wall – What Will Harry Maguire Bring To This United Side? |

However, credit must be given where due, United purchased Daniel James this season for a paltry fee from Championship side Swansea City, and fans across the Premier League can already see the potential he possesses. If nurtured well, he could go on to be a successful winger for club and country.

The biggest takeaway from the above examples is that a top club need not merely buy players from other top clubs which might cost them a significant amount of money. This is especially the case with clubs like Chelsea, who went after Bakoyoko a few seasons ago and have now sent him back to Monaco. This is with no disrespect to the club or the player himself, but rather a classic example of going after a player who exceeded in a foreign league but failed to deliver at the top level of English Football.

Perhaps, the Championship might have provided some solutions at that time, but it is a shame that it was overshadowed by a foreign league.

It is now high time, not just for the Premier League clubs, but for all the top clubs of Europe to take a deeper and more insightful look at what the EFL Championship has to offer. There is no guarantee that all the talent at the Championship level is bound to perform well, but the talents which show promise can definitely be acquired for a sum that is much smaller than what it takes to acquire a someone similar from a top European League at the same level.

The Championship has never lost its quality but has rather been overlooked by transfer models of big European clubs who seemed to have adopted a strategy that may not always work proportionally to the money spent.