While the attention would be on the Chelsea – Manchester United clash on Sunday afternoon for obvious reasons, City vs Arsenal is the more intriguing tie this weekend in the Premier League for those with a taste for free-flowing, end-to-end football.

Manchester City are flying high at the moment, steamrolling every side that has come in their way, bar Everton. Their most recent victims being their Italian equivalents, Napoli, a thrilling game where Sergio Aguero netted and got his name in the Manchester City hall of fame in fine fashion. On the night, City displayed a new dimension to their already tremendous game – Counter attacking. The Napoli defenders didn’t know what hit them.

Manchester City’s attackers will be smacking their lips at the prospect of facing Arsenal’s defence, which has seen a lot of individual errors directly leading to goals. City’s main concern is whether they would be able to play with the same intensity after the physically draining midweek game.

Arsenal, likewise, will look to fight fire with fire. The much awaited trio of Lacazette, Ozil and Sanchez, with the support of the tireless Ramsey, has hit the ground running and the likes of Otamendi, Stones and Walker will have their work cut out. If the likes of Xhaka, Ramsey and Ozil can get the ball up to Lacazette and Alexis, Arsenal can score goals.

It’s at the back where Arsenal have issues with Shkodran Mustafi injured, Sead Kolasinac (who has been a revelation, by the way) doubtful, and Mertesacker in poor form.

Manchester City have been anointed as champions-elect already, but Arsene Wenger remains confident his side can spring a surprise at The Etihad the way they did back in 2015.

Arsenal need to rally-up and defend as a team to even have a chance of taking a point back to London.

HEAR FROM THE MANAGERS

“It’s Arsenal next, so it’s complicated. It is the last game before international break and hopefully we can recover well after a tough performance in Napoli.

“What matters is to play good on Sunday and win the game. The main thing is win the next one. We did it the last one and now we have to do it again.

“The Champions League game was so, so tough and Arsenal didn’t play their normal squad in their Europa League game, so they have rested for one week. Our supporters can help us with that.

“People say we are unbeatable – we are beatable. Some team will beat us. The Invincibles record belongs to Arsene Wenger. We are not going to do it. It’s something fantastic. We don’t want to break this record.”

“I wouldn’t like to come out on our approach, but of course we will try to play our game. We will not hide.”

“When we go there, we want to defend well but you cannot go there and only be focused on just defending. We want to play, have the ball and create dangerous situations. The best way to defend sometimes is to attack.

ARSENAL – Arsene Wenger is hopeful of having Sead Kolasinac available but the wing-back is doubtful. Shkodran Mustafi, Santi Cazorla, Danny Welbeck and Calum Chambers remain out.

The Gunners turned the game on its head courtesy an Alexis Sanchez extra time winner at Wembley to book a place in the FA Cup Final. 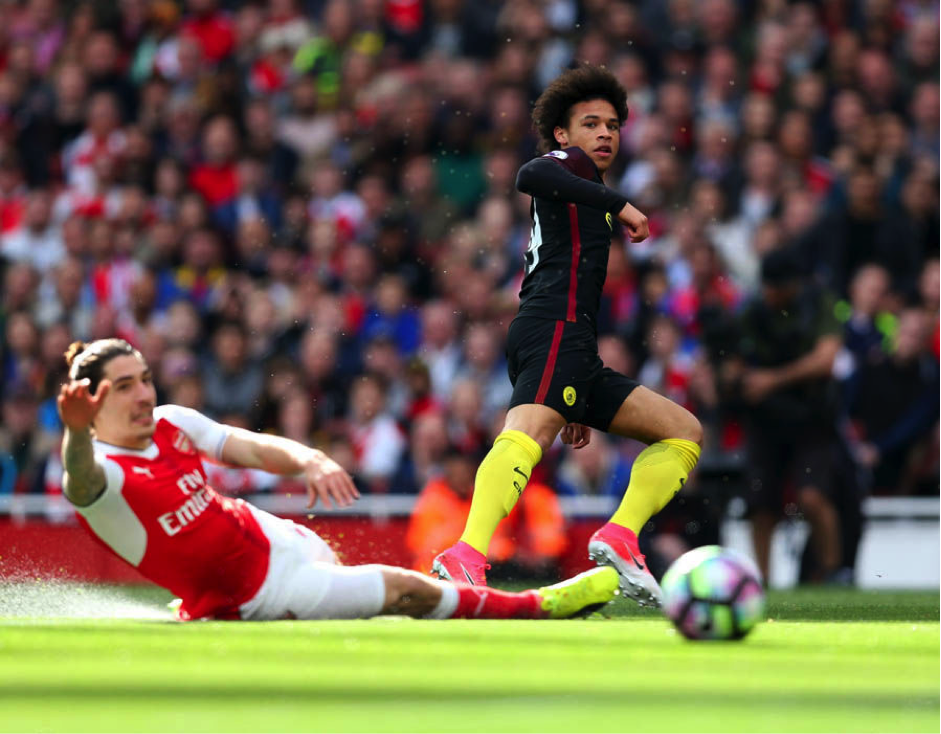 It will be an electrifying contest between two of the quickest footballers in England. If the German can get the better of the Spanish right-back, he could swing the game City’s way, but expect to see a more regimented Gunners display at The Etihad with the visitors wary of leaving gaps for the likes of Silva, Sane and De Bruyne to exploit. 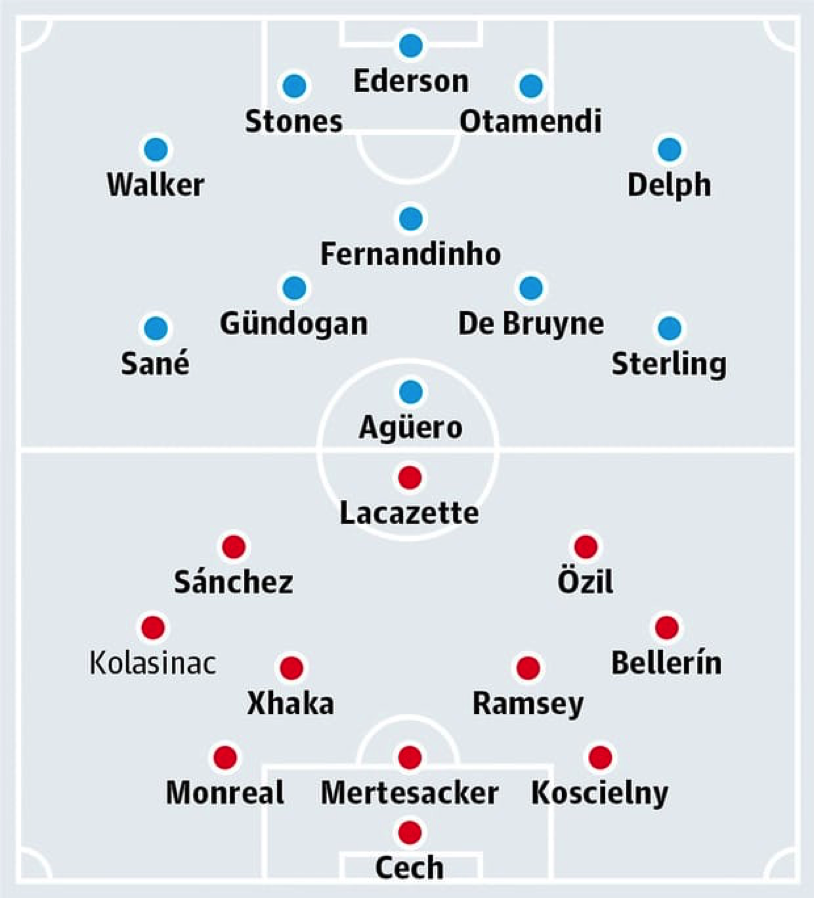 Line up taken from Gaurdian