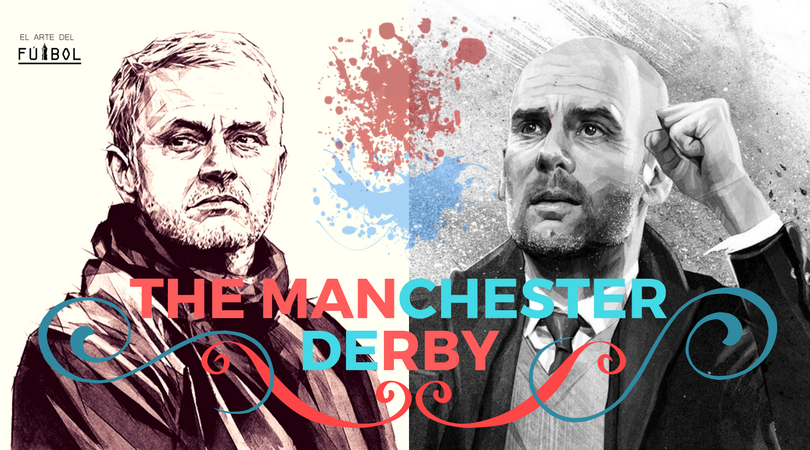 Ardent United fan Anirudh Shenoy has a crack on the tactical approach/approaches Jose Mourinho might deploy to try coming anywhere near stopping the unstoppable force that is Manchester City.

13 wins on the bounce and a mammoth 8 point gap in the league. It’s almost as if City are toying with the division.

Even if they go a goal down or require a late winner, there is a sense of calm about the Citizens. They patiently move the ball around, each pass with more purpose than the previous until there is a chance to unlock an opposition, and when that opportunity arises, they cease it with an unnerving certainty.

However, of late, City have had to grind out results, scoring winners past the 83rd minute in their last 4 out of 5 games, a majority of them courtesy a certain Raheem Sterling.

They say when the going gets tough, the tough get going. And it doesn’t come much tougher than Manchester City at this point in time.

Manchester United were 5 points adrift of the leaders, going into a set of games which at that point in time had 6 out of the top 9 teams to play, over the next 7 games. And somehow, without Paul Pogba for a bulk of those games, as well as recurring injuries to Bailly,Jones, Fellaini, and other key players, Mourinho has managed to emerge from that period with only one defeat away to the defending champions.

However, Paul Pogba’s rash challenge on Hector Bellerin will mean United start the match with a huge handicap of not having their most influential attacking player. With further doubts over the likes of Phil Jones and Marouane Fellaini, and Bailly and Carrick ruled out, Jose Mourinho is surely going to need every inch of his squad to stand up and be counted.

Manchester United cannot bemoan the loss of their star in a game that could see their across-the-city rivals fly a whopping 11 points clear of the rest of the division. This could also cause the London pack, as well as Liverpool, make up ground on United, in the race for the Champions League football.

Zlatan Ibrahimovic was rested for the trip to the Emirates, sparking off rumours that he is set to join Jose and renew their rivalry with Guardiola on December 10th.

But the more pressing question is how do United stop this juggernaut from taking all 3 points from Old Trafford?

When City do have it, Jesse Lingard will be crucial in stopping City’s most important midfielder, no, not Kevin de Bruyne but the man that feeds him the ball in these pockets, the Brazilian Fernandinho. Lingard’s pressing has been a feature of United’s scintillating pace and incisiveness in attack in recent weeks with his running power seeing him grab 3 goals and an assist.

The other equally important responsibility could be given to the disciplined Ander Herrera to man-mark Silva out of the game much like he did to a certain Eden Hazard last season. Despite Hazard being more elusive, Silva’s guile might actually make it tougher to mark him.

The other option is to go into the game with Marouane Fellaini ahead of Herrera to neutralize Kevin de Bruyne in every sense. Prevent the genius from moving through the phases on the pitch by sticking to him and being a royal nuisance.

In defence, one of Lindelof or Jones could be required to bypass the City midfield while going forward and aim the ball up to Fellaini or Lukaku. Pep Guardiola will certainly be happiest if Chris Smalling has most of the ball in the Manchester United defence, as opposed to the more creative Center Backs.

Manchester United will have to be quickest to pick up the second balls. The likes of Martial and Lingard will have to put a shift in and nick the ball and set United forward with absolute certainty. Poor decision making from either could help City break forward in a flash and catch United out of position.

On average, Manchester United have a 6 cm advantage over each corresponding Manchester City player. David de Gea and his distribution will certainly be just as important as his shot stopping in this game given United’s massive height advantage.United will be encouraged to take as many shots as possible and certainly the likes of Martial and Lingard would be asked to go down at the slightest test in the search for set-plays that could give United the opportunity to nick a goal against the run of play.

If Manchester United get into a match in midfield with City, they could be out of the game by the half hour mark. It is of utmost importance that United sit in proper shape and break with venomous pace and accuracy. Romelu Lukaku’s first touch will just have to stick come Sunday.

An early goal for City could throw all this out the window and we could see an absolute riot. Mourinho will know, this is a game of the beauty and the beast. The elegance and slickness of City versus the physicality and aerial ability of United.

Play to your strengths, which interestingly enough are also City’s weaknesses. This is what Mourinho has to make his players aware of. Otamendi and Kompany have shown vulnerability whether it be against Liverpool in the early minutes of the first half or Leicester at the King Power Stadium. They are there for the taking if United give it a go. Fabian Delph at Left Back is certainly someone that Anthony Martial should plan on having a go at. The lack of intent shown by other teams to get at him has been rather baffling. Benjamin Mendy is just as big a miss for City. 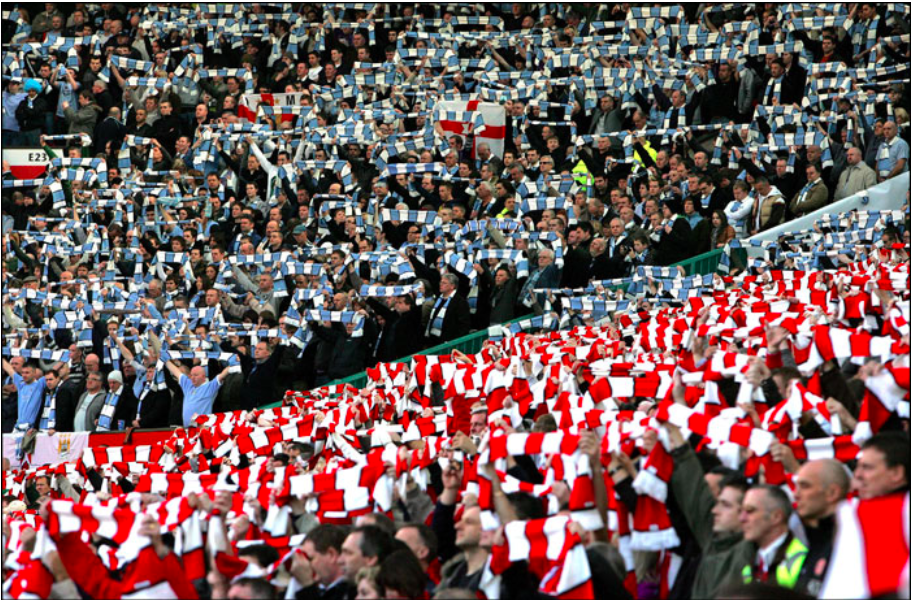 Come Sunday, there will be a derby atmosphere and United must make the most of it. Make a few crunching tackles and get the Old Trafford faithful up for it. United must know, defeat in this fixture will render the title race over by Christmas and while City made up 8 points in 11-12 in 6 games, playing for a draw against this City side could be handing all the initiative to the visitors. And who knows, with a physical Spurs side looking to regain their spark visiting next Saturday, the gap could be even smaller if United get the job done.

There’s been a fear factor at Old Trafford in recent weeks and how better than to drive it home than to turn up and turn over the league leaders, the noisy neighbours, the biggest enemy in recent times.

Manchester is stirring, a decisive blow looms in the backdrop, but more evidently in the fore, a shot at redemption.A chance for Mourinho and his Red Devils to blow this title race open and set the division up for a breathtaking Christmas.

Some stats by Opta via SkySports

After losing four Premier League games in a row against Manchester City, Manchester United have lost just one of their last five derbies against them (W2 D2 L1).

No away side has scored more Premier League goals at Old Trafford than Manchester City (27 – level with Chelsea) while only Chelsea (6) have won more games there as the visiting side in the competition than City (5).

Manchester United have lost seven of their last 12 league games against their local rivals (W3 D2 L7) – as many as they had lost in their previous 45 in league competition against them (W22 D16 L7).

Jose Mourinho’s side are on the longest current unbeaten home run in the Premier League (24 games – W14 D10 L0), with their last such defeat at Old Trafford coming against Manchester City in September 2016 (1-2).

If Pep Guardiola’s side win this match then they will equal the all-time English top-flight league record of 14 consecutive victories; set by Arsenal between February and August 2002.

Jose Mourinho has won just four of his 19 managerial meetings with Pep Guardiola in all competitions (W4 D7 L8), with just one of those wins coming in league competition (2-1 with Real Madrid at Barcelona in April 2012).

We leave you with a stunning preview of the big game on Sunday by the one and only @aditya_reds.

Paul Pogba image via The Sun

To Read more on Guardiola’s philosophy and what made him the manager he is today read our exclusive feature Original on Pep Guardiola: The Conducter