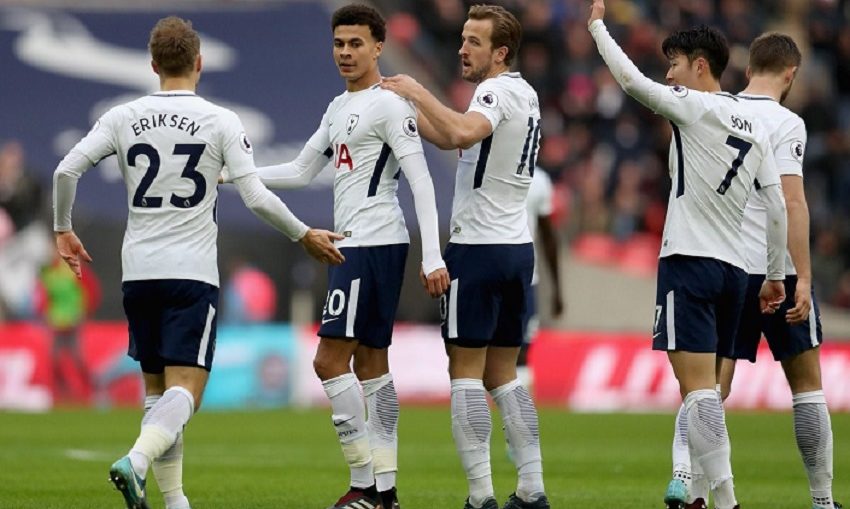 Spurs’ quartet of ‘the fab four’ make them an emerging force and possible dark horse for the Premier League.

Much of the talk around Tottenham at the start of the season had an air of negativity to it. After all, while all the clubs around them splashed the cash, Spurs made no new signings. Most of their star players went deep into the World Cup and thus had no real pre-season. On top of it, constant delays in the completion of their new ‘state of the art’ stadium meant they were staring at a large chunk of another season without an actual ‘home’. Getting into the top four was seen as a steep challenge.

Fast forward to December and all those concerns now seem exaggerated. With 11 wins in their last 13 games, Spurs are absolutely flying. They made their intentions clear on Sunday when they confidently demolished Everton in their own backyard, taking the points with a 6-2 hammering of the Toffees. The game also marked the first time ever that Tottenham’s ‘fab four’ – Harry Kane, Dele Alli Christian Eriksen, and Son Heung-Min all scored in the same game.

Much of the appreciation has been showered on their manager, Mauricio Pochetino and rightly so. The Argentine is constantly delivering results on a shoestring budget and has now established Spurs as a regular UCL club. However, as the saying goes, ‘a carpenter is only as good as his tools’, Pochetino also has four very incisive and extremely potent tools in his toolbox.

Harry Kane, Christian Eriksen, Dele Alli, and Heung Min Son form the Spurs quartet of attackers that can rip apart any defence and cause havoc aplenty.

Harry Kane, arguably the best striker in the world currently, has further enhanced his reputation with 15 goals in 23 appearances for Spurs this term. Whats made him into a global superstar is his tenacity and hard work as Kane’s never been the fastest striker, nor the most gifted really. However, his overall ability is undoubted: his timing in the air and on the ground, his constantly decisive off-ball movement, his desire to help out his defence, his extremely underrated passing skills, and of course his lethal and accurate shooting skills. Key goals in crunch matches such as against the likes of  Manchester United, Barcelona, Chelsea, Inter Milan, and Arsenal highlight his pedigree as a big match player. 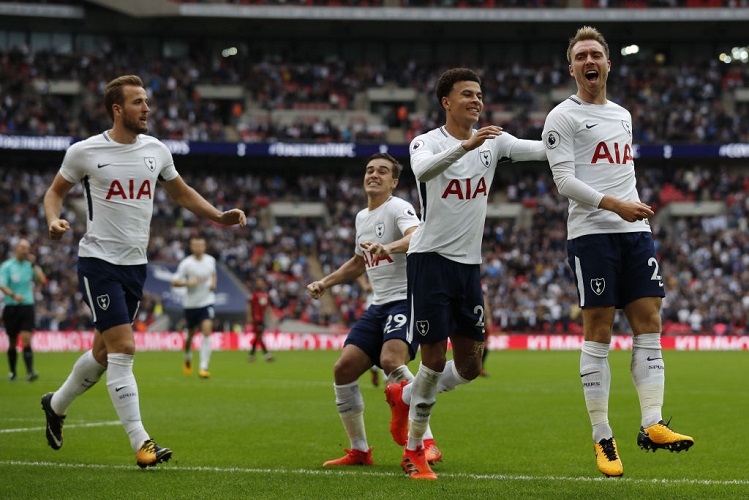 Kane is Tottenham’s emblem, but perhaps it’s Dele Alli who best reflects their mental quality. Spurs have never lost a match in which Dele Alli has scored. He plays with constant intensity and a tactical, as well as physical, commitment that is inbuilt and cannot be taught. He is also capable, at any time, of great sporting moments. His wonder goal against Crystal Palace is still fresh in mind. Alli is a maverick, someone who can pull a rabbit out of the hat and be a difference maker in a deadlock situation.

Christian Eriksen is the brains and mastermind of this team. The Dane is widely regarded as one of the best playmakers in the world and makes Tottenham tick with his sublime passing skills and creative vision. The Dane has 6 assists already this season despite being sidelined with injury for a month and having his game time managed because of Denmarks deep run in the world cup. Eriksen brings the team together and is irreplaceable in the current set up.

Son Heung-Min is probably the most under the radar footballer there is at the moment. The South Korean international bagged a brace and laid another one for Harry Kane as Spurs ran riot at Goodison Park. His style, based on searing pace, positional awareness, and two-footed technical ability, is simply joyful to watch. Son is the sort of player absolutely everyone would love to see in their own team. A string of man of the match performances is finally getting the ever willing Korean the plaudits and recognition he truly deserves. On current form, he’s quite possibly Spurs’ best attacker. And that’s in a team that includes Harry Kane

The ‘fab four’ of Spurs in combination provide all the qualities a manager dreams of having in an attacking setup. The lethal and potent finishing of Kane, the energy and precision of the lively Son, the confidence and intellect of the maverick Alli and the guile and vision of the brilliant Eriksen. The string quartet are a fine symphony and together they can orchestrate sweet destruction of any side.

With the hugely impressive result at the weekend, Spurs are now within six points of Liverpool and two behind last season’s all-conquering City Centurions. Even though they are ranked outsiders, with home meetings with Bournemouth and Wolves before a trip to Cardiff to come, Spurs won’t accept they are out of title just yet. And with such a powerful all-conquering quartet in their arsenal, neither should Liverpool and Manchester City.