So what are the big takeaways from Gameweek 1?

Well for starters, a personal punt of getting Alex Iwobi has failed with the young winger not being rewarded for his excellent pre-season form resulting in a price drop.

However, we shall work our way through the fixtures to see where you can improve in the weeks to come.

The opening fixture saw Arsenal play Leicester with Jamie Vardy scoring twice and Alex Lacazette getting a goal as well. However an interesting take away would be the impact a certain Granit Xhaka had on the game. Appearing to come into his own and at a very lucrative price of 5.5M, he could be one to watch. Sead Kolasinac would appear to have his threat cut down slightly by playing in the back 3, but for all that he still managed to notch up a decent number of points.

The Liverpool-Watford game would have been a decent haul for most managers given that most managers possessed one of Mane, Firmino or Salah. James Milner might have to be drafted out of most of your squads given his uncertainty over the playing time he gets. Trent Alexander Arnold had the most amount of creativity in the Liverpool side and at 4.5M could be a good signing; courtesy of his midweek exploits. The absence of Milner has increased the desirability of Firmino who is now on spot kick duties as well. At 8.5M he is the cheapest route into the Liverpool attack. Okaka from Watford would also appear to be an interesting option in the 5.5M range as he proved to be handful against the Scousers.

The 3 PM kickoffs saw Alvaro Morata hit the ground running, off the bench. Willian did what he usually does and picked up points for an assist. Sam Vokes appeared to be in red hot form and after the departure of Andre Gray, could be a valuable asset. Mounie from Huddersfield looks to be the one everyone is talking about and his two goal haul in the first week has certainly put him on the radar of a lot of managers if not already in their team. Crystal Palace meanwhile looked abysmal against Huddersfield and with Wilfried Zaha out for a potential 4 weeks, they appear to be in some serious trouble with respect to their fantasy potential.

Bouremouth weren’t brilliant but the likes of King and Fraser(in the 5,5M range) look like two interesting options while their opponents certainly seemed to repay the faith most managers put in their defense. Hegazi for West Brom looked solid and a cheap option at 4,5M and Chris Brunt seems to have certain managers on the lookout for his services.

Wayne Rooney and Michael Keane looked bright for Everton. Their difficult start to the campaign could see their potential hampered. Stoke City looked flat and a tough run of fixtures would imply a lack of interest from most managers. The signing of Jese is certainly one to be observed.

Southampton and Swansea faced off in the final fixture in the 3PM kickoffs and the likes of Oriol Romeu and James Ward-Prowse impressed for the Saints whilst the Swans had most of their threat come from Loanee Tammy Abraham with Tom Carroll being among their top creators. The departure of main man Sigurðsson will be of some interest as well, given that he will possibly be on set piece duty for his new club, Everton.

In the late kickoff, Manchester City got the job done with Aguero picking up a goal but Gabriel Jesus had nearly two and a half times more of of a threat than the Argentine. David Silva had the highest creativity by a mile and certainly did well with his influence on the game; one to watch out for in the weeks to come. The Manchester City defense looked good and with several 5,5M options, one would be well advised to pick one of them up. For Brighton, Gross had the most amount of threat whilst scorer of the own goal Lewis Dunk played well barring the mishap.

Spurs visit to Newcastle informed us that Newcastle are a long way away from being a stable FPL point providing side and they looked flat. The Spurs defense meanwhile looked solid with Walker Pieters, being a very lucrative option at 4,5M and showing immense composure albeit against a flat Newcastle outfit. His next 3 fixtures include a trip to Goodison and hosting the champions, so that could deter his value. Harry Kane failed to find the mark in August yet again, begging the question if he should be drafted out for the time being but if the past is any indication, draft him out at your peril.

Finally, Manchester United who looked brilliant against West Ham, would appear to have decided on their best 3 up front. Romelu Lukaku would appear to be a must while Henrikh Mkhitaryan could be a bargain at 8M. Nemanja Matic meanwhile wasn’t holding the midfield as much as people thought he would and certainly made some exciting darts forward. At 5M he could be useful bench fodder. Phil Jones would appear to be Manchester United’s first choice centre back with new signing Lindelof not even on the bench. At 5M he is the cheapest route into what appears to be a solid United defense. For West Ham, Pablo Zabaletta looked bright in spells and could be one to watch. 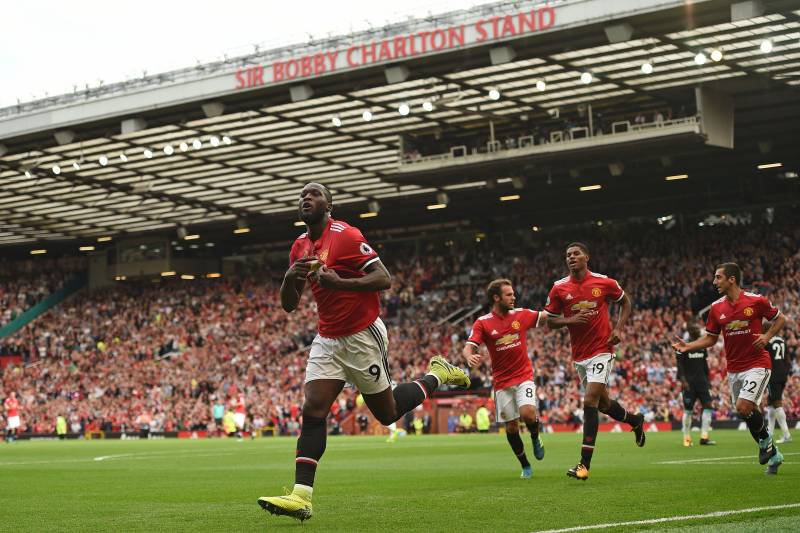 Feature Image: This is Anfield