It was a night to remember for Luke Shaw as he netted his first professional goal in his 137th senior career appearance and helped United overcome a stubborn Leicester side who dominated proceedings for large periods of the game. Paul Pogba, Andres Pereira and Eric Bailly were the other standout performers on a night when Old Trafford was not at its full pitch.

It wasn’t vintage United, but everyone associated with the club will happily take last night’s result after what seemed like a very peculiar preseason. For all of Jose’s complaints leading up to game week 1, he did manage to put out an exciting looking team that showed signs of promise. Paul Pogba was brought straight into the starting Line up after just 4 days of preseason, furthermore, he was given the captain’s armband. A Centre-Back pairing of Lindelof and Eric Bailly too showed signs of promise.

Leicester, on the other hand, had the difficult task of starting their first game without talismatic striker Jamie Vardy, who was on the bench. The hole left by Riyadh Mahrez was not going to be easy to fill, however, Demarai Gray and debutant James Maddison did show flashes of brilliance that will give Leicester fans something to look forward to this season.

The match burst into action in the 3rd minute after an attack down the left-hand side of United’s flanks led to a Sanchez snapshot that deflected off Morgan and hit the arm of Amartey. Paul Pogba made no mistake and confidently slotted home the resultant penalty. United had got their dream start, But unfortunately, they were unable to capitalize on the explosive start.

Claude Puel would have been extremely pleased in the manner The Foxes responded. Leicester looked more confident going ahead, and they did play some encouraging football. James Maddison was left cursing his luck after his 12-yard angled shot which was destined for the back of the net was superbly saved by David De Gea on the half-hour mark.

One could sense the unease amongst the Old Trafford faithful as the half-time whistle approached. There was an unnerving sense of déjà vu in the air and the scoreline did not help to ease that tension. However, going into the halftime break, Mourinho was exactly in the situation he would have hoped, up 1-0.

The second half started in similar fashion with United stringing more passes together. However, the final ball let them down on a number of occasions. Alexis Sanchez, in particular, had a night to forget after giving away the ball 23 times, most by any player on the pitch. He did, however, create a golden opportunity for Lukaku on the 78th minute, whose low drive from point-blank range was wonderfully stopped by Kasper Schmeichel.

Leicester struggled to cope with the speed of the game after Puel had made his substitutions and eventually United doubled their lead on the 83-minute mark. 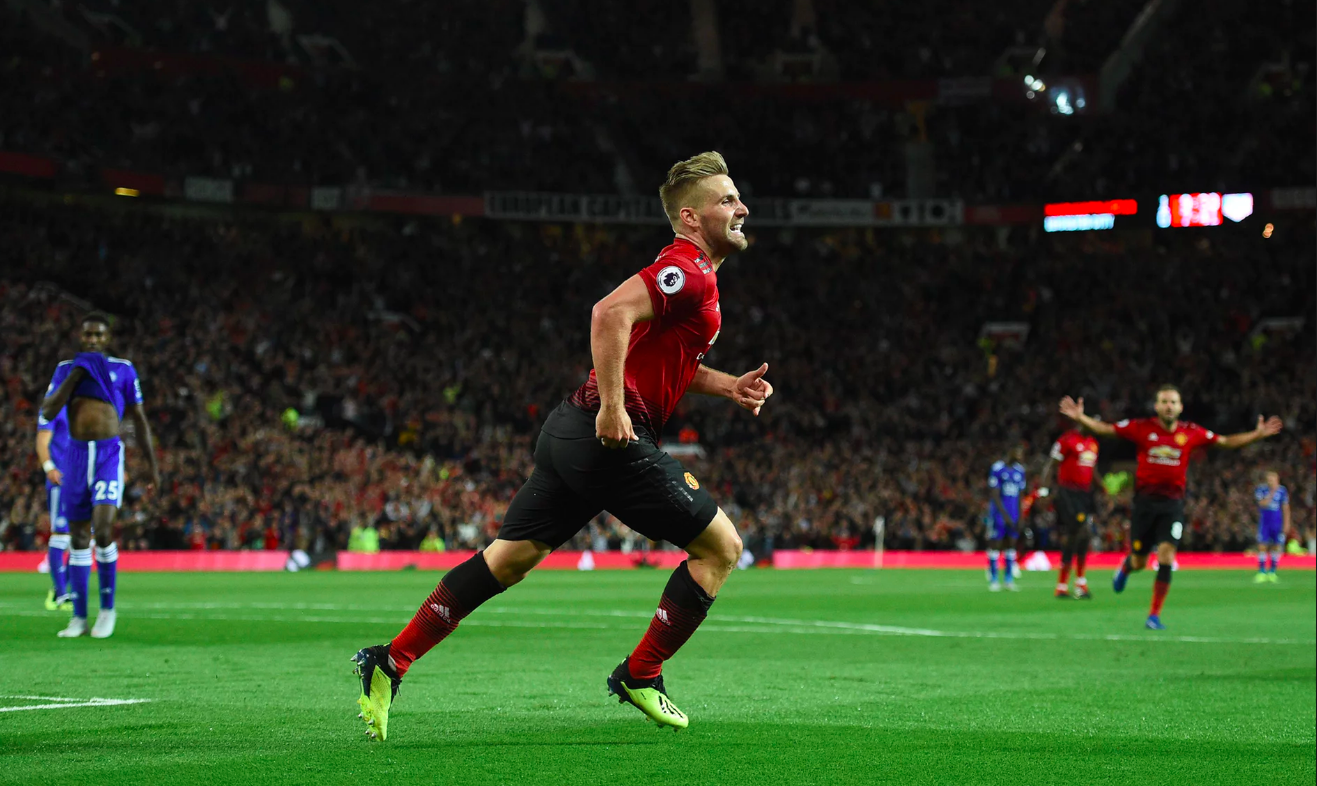 Mata dinked a ball across to Shaw, who seemed to have miscontrolled,but, he managed to run across his man, keep the ball within his grasp and hook it across Schmeichel into the far corner. Old Trafford erupted and so did Mourinho. The smile on Luke Shaw’s face was golden and pure. Two players who Mourinho has had difficult relations with in the past came up on top and delivered when it mattered most.

There was time for some late drama after Jamie Vardy prodded home and bagged his 5th goal against Manchester United with 3 minutes left on the clock. Kasper Schmeichel did manage to get his head on to a last minute corner that unfortunately sailed 2 yards away from the goal.

United won without being at all free-flowing – something we’ve gotten used to hearing over the past two or three seasons. Leicester were neat and watchable throughout, and on another might have got a point from that although Puel would feel that they could have created more opportunities given the possession they had. In the end, it’s Manchester United who are up and running!

Pogba on his partnership with Fred:

“We started ok, I wouldn’t say it was the best game, but it’s normal, we just started to play together, I can feel he’s a very good player and will really help us. I feel very comfortable with him and with the rest of the centre mids. We will be very happy with Fred this season.

Luke Shaw had his say too:

“For me it’s the first one, it doesn’t matter how I score it. I meant to come inside but I managed to get my foot on it and put it into the corner. Schmeichel said to me afterwards ‘You spawny man’ but I don’t care. It’s the best feeling of my career so far. I’ve worked really hard over pre-season; fitness-wise I felt really good. I know I can still be better and I want to be a better player than today.

Other images via The Guardian

Liked the article? Feel like supporting us? Do give the following link a look for cool United Merchandise!