Earlier this week, Saudi Arabia hosted two of the most passionate footballing nations in Argentina and Brazil. Both sides were a shadow of what they’re meant to represent in International football and it has been the case for decades now so we shouldn’t be surprised.

A lot was made about his exclusion from the Ballon D’or nominees list. Two of his teammates from Paris Saint-Germain in Kylian Mbappe and Marquinhos made the list. The latter was one of his 3 Brazilian teammates to have made the list and there’s no doubt that if you asked the 4 listed players that play alongside him, who the best player in their team is, the unequivocal response would be the boy from Mogi Das Cruzes, Sao Paulo.

Even before his arrival at the Nou Camp in 2013, the Brazilian had already caught the world’s imagination with his trickery and skill. His street-wise nature coming from his Futsal background had served him well, like many Brazilian legends before him, in his 4 seasons at Santos, who gave him his professional debut at the age of 17.

Neymar could have left Santos long before he eventually made the move at 21 but he insisted on staying and developing so that he came to Europe as a finished article for a top club. You’re never quite the finished article when you’re 21 and making the move from one continent to another would make it even harder but such was the talent, maturity, and efficiency in the player that it was clear why there are exceptions to certain rules.

This was a calculated decision and one that proved to be a great decision. He was a starter and despite having no silverware in his first season, the signs were clear. He took this form to the 2014 World Cup where he scored 4 goals en route to the semi-finals but his tournament was hampered after a career-threatening spinal injury after getting kneed by Colombia’s Juan Zuniga in the quarter-finals of the tournament.

Losing their talisman was always going to be a crushing blow and was the catalyst for the Selecao’s most humiliating 90 minutes in their glorious history. Brazil were favourites at the time and the nation’s longing for a 6th World Cup and the Jules Rimet trophy at home was seen as a mere formality before the Germans decided otherwise.

This little snapshot has highlighted much of Neymar’s short career. His talent for skill and the extraordinary has made him a target for cynical challenges. His answer to that has been to get the referee on his side as a defense mechanism, often going a little overboard as we saw in last year’s tournament in Russia.

His reactions have been met with repulsion by much of the media and the internet wasn’t kind as he had become the subject of memes and all sorts of ridicule. His injuries have also often led the teams he plays in to suffer their most humiliating defeats, as was the case in the Champions League in February. This could be mere coincidence but there seems to be belief arising that the teams he plays in are far too reliant on him.

However, before we jump timelines, there was a lot that the Brazilian had achieved in between these two humiliations. He put the disappointment of the World Cup behind him and helped Barcelona win a treble under Luis Enrique with the help of Luis Suarez and Lionel Messi. The trio were endearingly named ‘MSN’ by fans and the 23-year-old capped off a fantastic campaign with a goal in the final of the 2014-15 Champions League.

He would help the side win a domestic double in the next season but his most famous contribution came in the 2016/17 season when he inspired the Blaugrana to their most historic European comeback in a 6-1 (6-5 on aggregate) win at home against his future employers.

He showed fantastic skill by scoring a free-kick, mental fortitude by scoring a pressure penalty and calmness and composure of the highest order when feeding a precise pass with his weaker foot onto the path of the venturing Sergi Roberto, completing the ‘La Remontada’.

The boy from Sao Paulo has always been portrayed as a colourful character by those close to him and by his teammates. He has a tattoo of DC comics’ pop-cultural icon, Batman, inked on his back and on a day where he was to be celebrated as the best player in the world, he only had to take a little glance around and see that the 99,354 and those around the world had already chosen their hero.

He cut a solemn figure in the following weeks but hid it well enough. The Robin act was no longer enough and like the caped crusader had done so many times before, the Brazilian made an untimely departure in the summer from this team of assembled heroes. Paris Saint-Germain dared to dream in the face of adversity and he was their man a few months later.

The summer of 2019 was a particularly difficult time for the now 27-year-old. He couldn’t taste the biggest success that his national side had since he became a regular. A hero is nothing without anything to save and he came to regret the decision to leave Barcelona. He had enough of Paris and Paris seemed to have had enough of him. However, the move back to Barca never materialized.

On his return to the field for Paris Saint-Germain, he had a most hostile reception but delivered a moment of magic in the final minutes against Strasbourg to remind everyone that he wasn’t done. It was ridiculous to envisage taking a bicycle kick but to execute it to timely perfection was just the reminder that the Parisians needed as to why he has brought into the club and why there’s unfinished business. 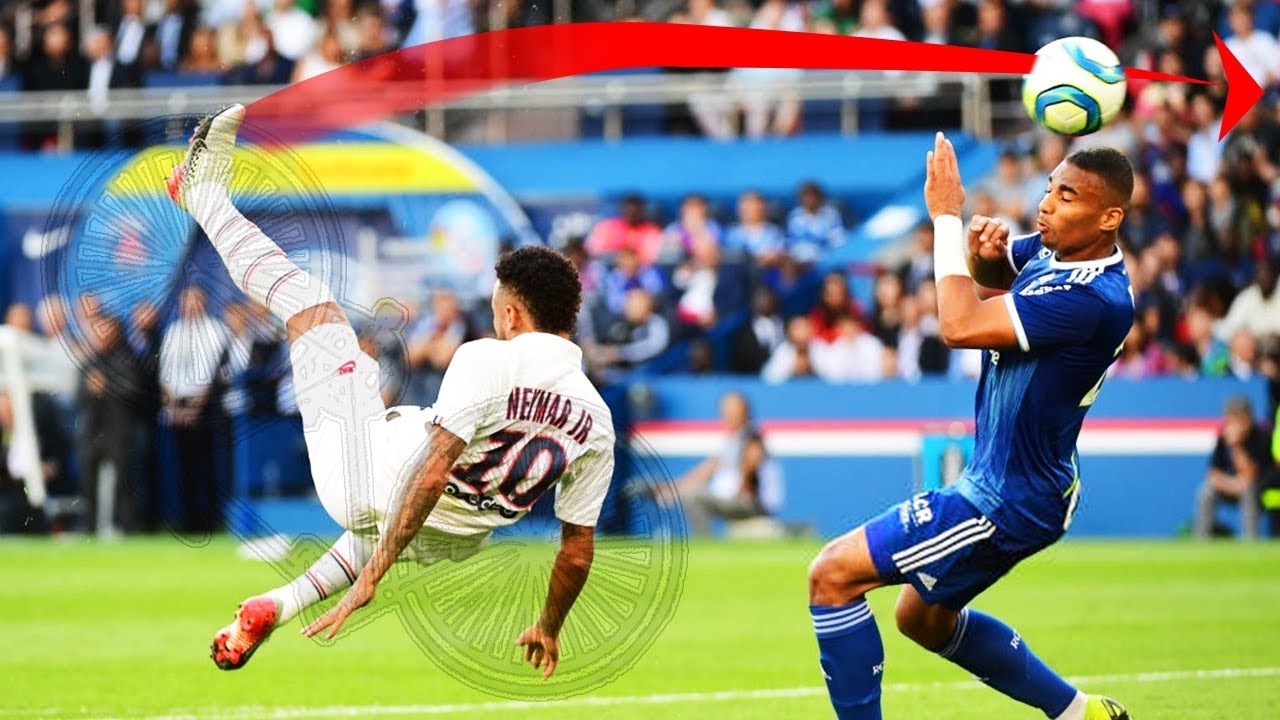 There aren’t many in the football world if any who have the qualities of the Brazilian and can consistently show it at such a high-level. He can run in behind you or see the ball run past you with his skill. He can play the final ball and score goals with both feet. He can score from a set-piece. Try searching for another player who can accomplish this today and you’ll realize that there isn’t. His lowest goal contributions in all competitions since he moved to Europe was 30 in his first season.

Like many before and many after him, he’s the victim of his own success. There isn’t a player of his mould in the world right now and there isn’t a team as complete as Paris Saint-Germain’s. He can take all of the responsibility upon himself but he’ll never be celebrated like a Steven Gerrard or a Roy Keane for doing the same. You either die a hero or live long enough to see yourself become the villain.

The hostility won’t stop anytime soon. Not from the Parisians or from the footballing media but let us hope 2020 is the year of Neymar. He’s not the hero we need but the one we deserve.