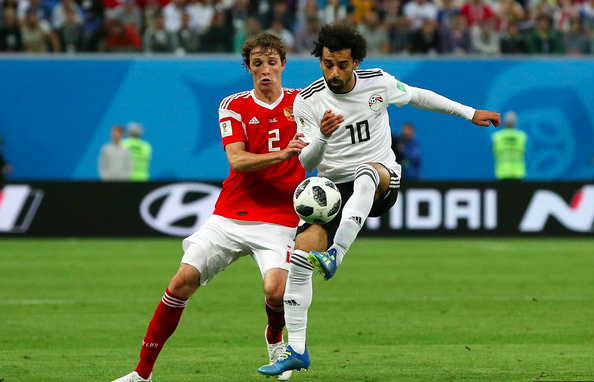 Like the first game, Mario Fernandes brought a great attacking threat down the right again with Semedov. He got the assist for Russia’s second as he passed the ball in for Cheryshev to finish. Failed to keep a clean sheet but wasn’t at fault for the penalty.

8/10 – Great performance again, getting an assist from Right-Back

Unfortunately for Egypt, Trezeguet was disappointing again, booked and subbed in the 68th minute.  He had one good effort in the first half but missed the target. As one of Egypt’s main attacking threats along with an unfit Salah, he failed to trouble the Russia defence enough.

4/10 – Disappointing performance again from a player who was built up as a potential star for Egypt.

5/10 – Little time on the pitch to do anything against the robust Uruguayan defence.

Nandez came on in the 82nd minute as Uruguay went to a more defensive formation and looked to hold onto the win that sealed their place in the last 16.

Odriozola did not make an appearance as Carvajal recovered from his injury.

Ghoddos came on in the 86th minute as Iran pushed for an equaliser against the former World Cup winners but didn’t have enough time on the pitch to get a chance.

5/10 – Not enough time on the pitch to have any effect on the result.

Did not make an appearance as Cedric Soares started ahead of Pereira.

Dirar started for Morocco at Right-Back as Nordin Amrabat moved forward to the Right-Wing spot. Nabil formed part of a strong attacking threat down the right with Amrabat. However defensively he nearly let Guedes in for a chance in the first half which was well saved by Munir.

6/10 – Good attacking threat down the right side but was almost caught out in defence.

In the starting XI again, Larsen made good runs forward from Left-back, causing Australian Right-Back Risdon problems, along with Sisto. Great defensive header under pressure in the second half as Australia looked for a second goal. Wasn’t at fault for the penalty.

7/10 – Good attacking threat but then backed off to form a solid back 4 as Australia pushed for a winner. 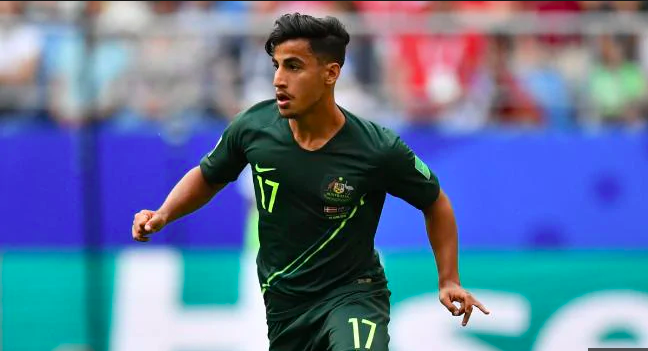 Arzani was sent on in the 67th minute as Australia pushed Denmark hard to find a winner. Nearly provided an assist with good skill and a cross but Juric couldn’t get to it. Had an excellent shot that Kasper Schmeichel was just able to push away.

8/10 – Was Australia’s best-attacking threat despite his limited time on the pitch.

Despite receiving criticism in his first game, Pavard again started at Right-Back. Once again, Pavard failed to provide much of an attacking threat but was solid defensively. Once they had the goal, the French defence dropped deeper as Peru attacked throughout the second half so his lack of attacking ability wasn’t as obvious in this game.

6/10 – Helped the French defence keep a clean sheet despite the level of Peruvian pressure.

In this game, Yotun was forced to be more defensive than in the Denmark game to try and protect his Centre-Backs from the quick French forwards. He mainly passed the ball out to Trauco and Advincula to advance forward. Subbed at half time as Peru went on the attack with both Jefferson Farfan and Jose Guerrero.

6/10 – Did his best in the first half and subbed off at half time for tactical reasons.

In this game, Rebic started on the right of a front 3. He was booked for a bad tackle towards the end of the first half where he could easily have seen red. He was put in by an excellent pass from Modric but couldn’t control the ball and put his shot over. Scored his second international goal in the second half with an excellent finish after Caballero’s mistake. Replaced by Kramaric shortly after due to suffering a knock.

7/10 – Great goal to put Croatia ahead but could have been sent off.

Meza played as the left forward in a 3-4-3. This allowed him to stay in a more central position with Acuna outside him on the left. Had a good effort early in the first half as he came late into the box. Meza nearly scored himself and then tried to set up Messi with a back heel as Argentina pressed for an equaliser but couldn’t put it in. Tried his best but Argentina’s formation and personnel problems didn’t help him.

6/10 – A better performance by Meza but couldn’t affect the game as Argentina collapsed.

Troost-Ekong started in a changed formation of a back 3 for Nigeria and helped them to keep a clean sheet. He dealt well with Iceland’s strong forwards Bodvarsson and Finnbogason and their threat from set pieces.

7/10 – A much better performance from Troost-Ekong at the heart of a back 3.

Failed to make an appearance from the bench.

Fagner started the game at Right-Back, coming in for the injured Danilo. Provided a good cross for Gabriel Jesus in the second half which he headed against the crossbar. Tried to get forward and help Willian and later, Douglas Costa but Brazil’s attacks mainly came from the left-hand side with Marcelo, Coutinho and Neymar.

6/10 – Kept a clean sheet but didn’t provide the attacking threat expected from a Brazilian Right-Back.

Tejeda came on in the 83rd minute as Costa Rica tried to hold onto a goalless draw.

4/10 – Little time on the pitch but couldn’t help his side hold out for the draw.

Did not make an appearance as Serbia went with Mitrovic up front.

Did not make an appearance. May feature in the next game as Switzerland look to attack Costa Rica.

Plattenhardt dropped to the bench as regular Left-Back Jonas Hector returned from illness. 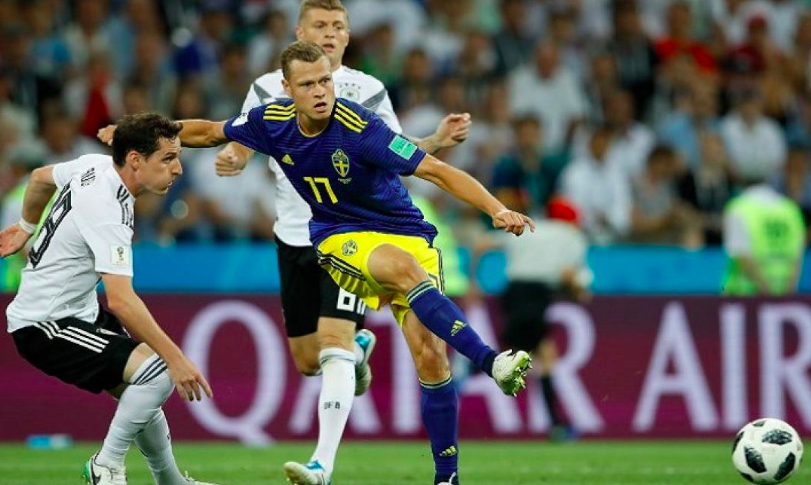 Claesson played well in this game as Sweden looked to defend and then break quickly. Provided the assist for Toivonen’s goal with a great cross from the right. Replaced by Jimmy Durmaz in the 74th minute as Claesson tired.

7/10 – Provided an assist and helped out his defence well.

Aquino did not make an appearance from the bench.

Kim Shin-wook was dropped to the bench as South Korea went with a different attacking line-up.

Dendoncker did not make an appearance from the bench but could start in the final group game as Belgium look to rest and rotate their squad.

Sliti came off the bench in the 59th minute to provide support for Khazri. He didn’t have much of a chance to impress as Belgium were already four goals up and continued to have chance after chance to extend their lead.

5/10 – Failed to see much of the ball as Belgium dominated the game. 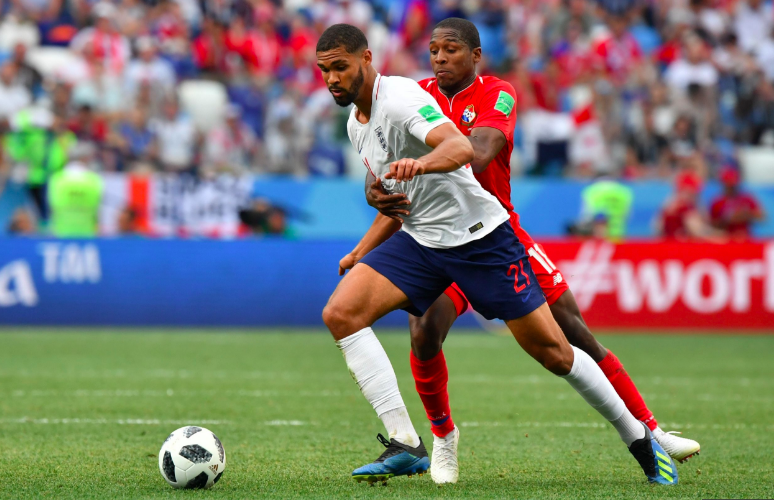 Loftus-Cheek started the game for England, coming in for the injured Dele Alli. Performed well alongside the whole team as they ran out comfortable winners. He provided the assist for Kane’s hat trick goal as his shot deflected off Kane’s heel.

7/10 – A good performance where he kept the team going forward and provided an assist.

A poor game from Escobar and the Panama defence as they conceded six goals. Escobar conceded the penalty for England’s second goal as he and Torres fouled Lingard. Resorted to holding and fouling as England were rampant.

3/10 – A poor game for the team and Escobar individually.

Goalkeeper N’Diaye started the game for Senegal. He was one of 3 N’Diaye’s in the starting line-up. Relatively untroubled in the first half, tended to kick long to try and expose Japan’s vulnerability to pace. Could do nothing about Inui’s goal as the shot curled around him. Good save from Osako early in the second half. Came out for a cross and didn’t get near it before Japan put the ball in for their second goal.

5/10 – Mistake cost his team the win but good apart from that. 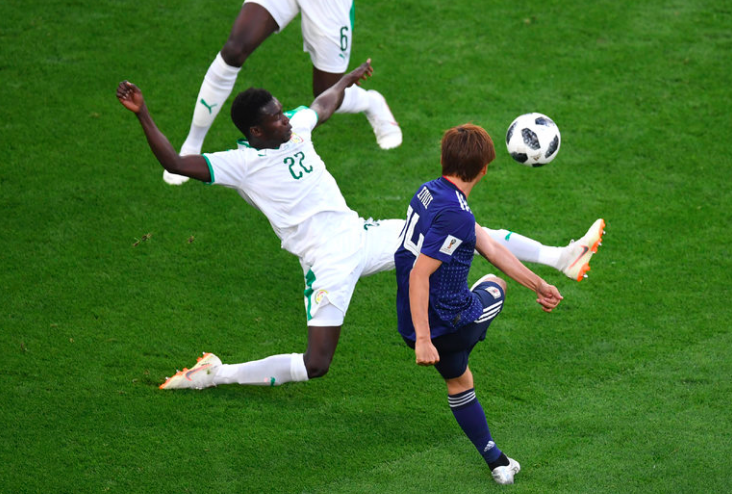 Inui started the game in a central 3 behind Osako. Managed to block a shot from his own player early on in the game. Tended to drift out to the left-hand side with Nagatomo on his outside. This combination led to Japan’s goal as Nagatomo got down the left flank and Inui drifted inside to hit the shot which curled round N’Diaye. He also helped out Nagatomo defensively against Ismaila Sarr and Wague but failed to track Wague’s run as he scored Senegal’s second. Inui hit a great curling shot off the cross bar in the second half. Booked after a cynical foul on Sarr and subbed off in the 87th minute when tiring late on.

Barrios started the game in place of the suspended Carlos Sanchez. He provided a solid base in midfield alongside Aguilar and later, Uribe for Cuadrado, Quintero and Rodriguez to attack the Polish defence.

6/10 – A good performance, doing his job and providing a solid midfield presence.

Linetty failed to make an appearance as Poland fail to make it to the last 16.

The Scout’s Guide to The World Cup: Round 1 Review

The Scout’s Guide to The World Cup: Round 1 Review

The Scout’s Guide to the World Cup-