Odriozola was selected for the Spain squad ahead of players such as Arsenal’s Hector Bellerin and Barcelona’s Sergi Roberto yet only making his debut in 2017 towards the end of Spain’s qualification for the tournament. The Real Sociedad Full-Back progressed through Spain’s age group teams and was in Spain’s U-21 squad that reached the final of the 2017 U-21 Euros. He is in the squad as a backup for Dani Carvajal but could yet be an option if a tactical switch is needed as he has previously played on the wing. Even now at Right-Back, Alvaro uses his attacking prowess to full effect as showcased in Spain’s recent friendly match with Switzerland where he scored the opening goal of the match.

Chance of game time: While in the squad mainly as a backup, he could see game time if a more attacking Full-Back option is needed in games against a  weaker opposition like Iran. However, if recent friendlies are anything to go by we could see Odriozola in the starting 11.

Why we’re following them: As a young attacking Full-Back from outside of Spain’s bigger clubs, Odriozola could be primed for a move to Serie A or the Premier League. It would not be a surprise to see the young Basque at Chelsea as right Wing-Back in Antonio Conte’s 3-4-3 or in a back 4.

Here’s his goal v Switzerland. After good work down the right wing, Odriozola follows play into the middle where he is picked out and produces a great finish:

Ricardo Domingos Barbosa Pereira or Ricardo is a Full-Back capable of playing on the right, the left and on both attacking flanks. Pereira has played for Vitoria Guimaraes and Porto including a loan spell at Nice before making the move to Leicester City this summer to join up with former Nice manager Claude Puel. Ricardo has relatively few caps but has experience with the Portugal u-21s side. He was part of the squad which lost in the final of the 2015 U-21 Euros. 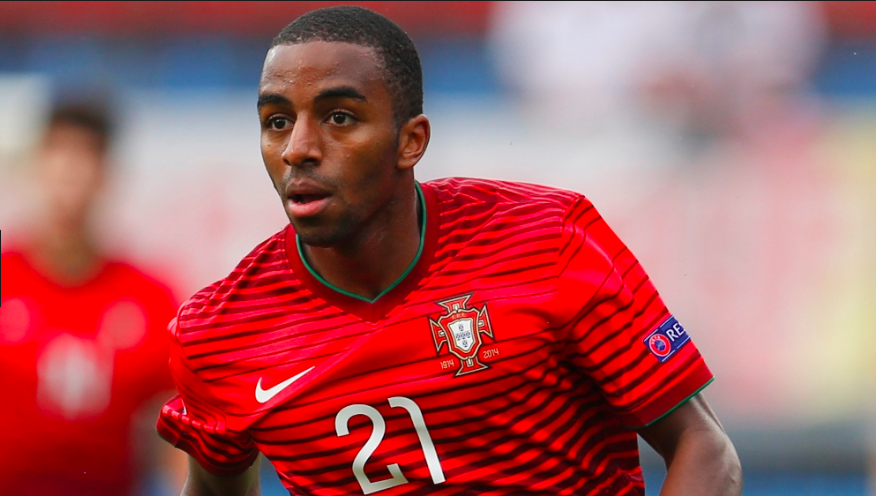 Chance of game time: With experienced internationals Cedric Soares and Raphael Guerreiro ahead of him in the Full-Back positions, Ricardo will spend most of his time on the bench for Portugal but could be an option ahead of Cedric if a more attacking option is needed.

Why we’re following them: Having already made the move to the Premier League, it will be interesting to see how the new Leicester signing will fare at a higher level.

Born in Morocco but spent much of his youth in Belgium at Diegem Sport, Westerlo and Club Brugge before leaving for Monaco in January 2012 and later Fenerbahce. Dirar gained his first Morocco cap in 2010 but disputes with various national team managers left his international career in limbo. The Fenerbahce man made his return to the national team in 2015 and continued to make appearances, even scoring vs Ivory Coast in Morocco’s 2018 qualification run. The versatile player can play several positions on the right side and has even played games on the left of midfield.

Chance of game time: Likely to start at Right-Back as Real Madrid’s Achraf Hakimi plays on the opposite side for his country. He may be an option in the two tougher games v Portugal and Spain where Morocco will need a composed and defensive mind at the back

Why we’re following them: Despite playing for several seasons at Monaco, injuries restricted his appearances and impact; which means, while he may be a recognised name, not many people might have seen him play. He has also been part of a strong back line which conceded few goals throughout CAF qualification.

Here’s his first goal for Fenerbahce, coming in from the Right-Wing to score:

Saman Ghoddos was part of the Östersund squad that made it to the last 32 of the Europa League where they were defeated by Arsenal. Ghoddos provided two assists in the second leg game at the Emirates and this showcased his excellent form over the club season with Östersund. After the game, Arsene Wenger noted his technical and tactical prowess. Born in Sweden to Iranian parents, Saman also holds 2 caps for Sweden before switching to Iran where he made his debut in 2017, later scoring his first goal against Slovakia.

Chance of game time: As teammates, Azmoun and Jahanbakhsh are coming off strong seasons with their clubs, Ghoddos will most likely come off the bench if a more offensive midfield option is needed.

Why we’re following them: As a relatively unknown player coming off a good club season, Ghoddos could make a move to a bigger European league, possibly joining Graham Potter at Swansea City.

The Scout’s Guide to the World Cup: