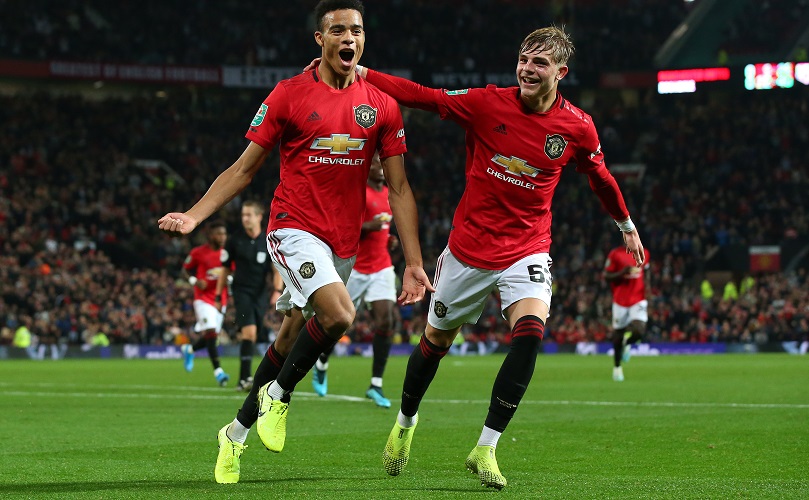 In the week post the harrowing loss to West Ham and an uninspiring performance against Rochdale, the pressure has slowly ramped on Solskjær and while the prospect of him losing the job is not that close yet but a few more weeks or months of similar performances and results could see the end of the reign of the fourth full-time manager under Manchester United’s executive vice-chairman Ed Woodward. An investment banker and accountant by profession, he was key in helping the Glazer family buying the club and in turn, increasing the debts the club owe. Since David Gill departed along with Sir Alex Ferguson in 2013, Woodward seemingly took over from Gill as the head of all operations of the club, including the footballing side, apart from the commercial and business avenues.

While Solskjær and the millions of Manchester United fans across the world are reeling from the loss against West Ham and a limp performance against League One side Rochdale with the prospect of Arsenal visiting Old Trafford next, with the designs of another poor season already in place, for Woodward and the Glazer family, this must have been a positive week. After all, they had just posted record revenues of £627 million.

The revenues are all good as long as you do not take into account the fact that Manchester United are currently 11th in the Premier League table at the time of writing  and a club that has been blessed with some of the finest attacking talents the game has ever seen in the last 30 years have scored a meager 18 goals in the last 20 games. Let us cast our minds to a couple of months back when Manchester United’s only legitimate world-class outfield player in Paul Pogba was actively pursuing to leave the club and if the reports are to believed, his mind has still not changed and who can blame him for not wanting to stay and spend his peak years at a club that is in the state that United are currently in? Oh, and before we forget, since the night at Paris which prompted the club to give the full-time job to Solskjær, United have not won a single game away from home and this by far is the worst Manchester United squad in the Premier League era.

There is absolutely no question in the fact that there are better managers than Solskjær and United did appoint proven winners in Louis Van Gaal and Jose Mourinho in the past but it did not work for them, either. In a statement released last week which mimicked a poorly edited and predictable PR statement, the United board insisted patience will be shown towards Solskjær and he will be given time to build his team, but without the financial backing and a well-defined plan for the next few years, how will a board that has overseen the decline of a club which was one of the best teams in the world to a perennial laughing stock suddenly figure out a way to sort things out without hardly any structural change?

Remember that this was the same board that said a technical director and a thorough process will be in place to choose the next manager when Jose Mourinho was sacked, and what have they done since? There is no sign that an appointment of a technical director is any closer than it was when the statement was made, and Solskjær was given the full-time job on the basis of a short-term winning run.

Since he was given the job on a full-time basis, Solskjær’s record has not been anywhere near that what a Manchester United manager should have, but after a number of players like Romelu Lukaku, Alexis Sanchez, Ander Herrera, Chris Smalling, Matteo Darmian left either on loan or a permanent basis, the board adequately faced to replace him and as per the reliable Paul Hirst of The Times, Solskjær requested the board for an attacking reinforcement and predictably, the board failed to deliver on that front. Solskjær has covered the board’s flaws and has not openly come out and slated them like Mourinho did, in his final season.

While one could question Solskjær’s credentials to bring United back to the absolute top, he has made some great decisions in the transfer market and he has shown signs of implementing a style of play, but he needs more backing and support because the current set of players are just not good enough. No manager in the world can get these set of players to play at the level of the best sides of Europe, but Woodward and the United board, funnily enough, think what they are doing is perfectly fine.

The foundations are just not in place for the football club to have a successful football team to compete at the highest level in Europe, and this will not change, irrespective of who the manager is. In quite literally an alternative world, Woodward, in the eyes of the Glazers has once again been at the forefront of another successful year commercially and does it really matter for them that the same League One side Manchester United limped past earlier this week, got smashed 3-0 in their very next league game.