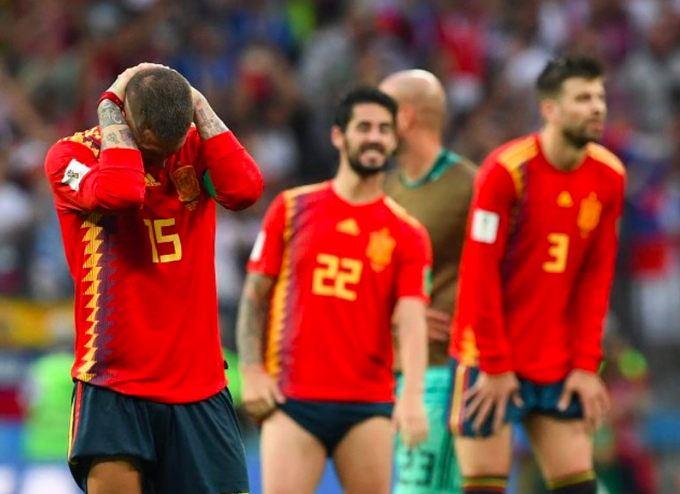 Russia 2018 is shaping up to be one of the all-time best World Cups When a World Cup comes around, it not only grips a nation but the entire world. Whether you like football or not, once the gun goes and the opening game is underway you can’t help but be swept up in the excitement, passion and even injustice over the course of the following 64 matches. Football is the universal language and provides people with lifelong memories that will never fade.

If you were to ask someone where they were when an 18-year-old Michael Owen danced through an Argentinian defence to score at France 98 or what they were doing when Zidane was sent off for a headbutt on Marco Materazzi, you would get an answer without hesitation, providing they were the right age. The world comes to a standstill during these moments when history is made.

The current World Cup in Russia is giving the watching world more iconic moments and a ball hasn’t even been kicked in any of the rounds of 16 matches. We’ve already seen Germany dumped out in the group stage after it looked like they had safely negotiated their one-and-only monumental scare against Sweden, only to be beaten 2-0 by a spirited South Korean side. Few will forget Song Heung-min running the length of the field to tap the ball into an empty net with Neuer 60 metres away.

More history was made with that goal as it ended Germany’s 80-year record of not being eliminated in the group stages. Ronaldo’s free-kick and sensational hat-trick against Spain will be remembered for the sheer audacity of the Portuguese star. Puffing out his cheeks and breathing deeply whilst standing over the set-piece, Ronaldo knew the eyes of the world were on him and he couldn’t wait to deliver and lap up the plaudits.

💪🏼 Oldest player ever to score a World Cup hat-trick.

What would the 2018 World Cup have been without Iran’s Milad Mohammadi trying to execute the perfect somersault throw-in deep into stoppage time against Portugal only to be told by the ref to retake it and this time without the theatrics? There have been moments of magic but how does this World Cup compare to others in recent times in terms of goals? There have been 122 goals scored in the group stage, which is only the fourth most since 1998.

Four years ago, 136 goals had been scored in Brazil at the same stage but it doesn’t feel like the same amount of drama had taken place like it has in Russia. The lowest number of goals scored since 1998 during the group stage was in South Africa during the 2010 World Cup with 101.

That may have had something to do with the inability to concentrate with the vuvuzela being blown. Strangely enough, the pesky instrument has managed to make its way to Russia but not even the sound of a swarm of bees could take the sting out of this World Cup. One of the most captivating things about the World Cup in Russia is that there are no clear favourites to win, with the knockout stages yet to start. Betfair World cup betting has Brazil as the favourites at 7/2 but even the Brazilians have looked beatable and won’t be putting huge amounts of fear into their opponents. The FIFA World Cup trophy really is there for the taking and it will be a titanic battle to claim it.

Brazil’s position in the group stages at the last 10 World Cup tournaments:

The 29th of June was the first rest day since the competition started and it gave the world time to catch its breath and take stock of what had gone before. Calling the outcome of this pulsating showpiece is nigh on impossible at this stage. One thing is certain and that is there are scripts about to be played out that no one could have ever imagined.