After a convincing 5-0 victory for Paris Saint-Germain against Galatasaray in the Champions League, they will be looking to strengthen their foothold in the championship which has eluded them since the inception of the ‘new’ PSG – a club bankrolled and funded lavishly for the sole purpose of European domination.

The QSI group invested prudently, selecting a club with European heritage and experience in the big time while being in one of the most glamorous places in the world – this was the perfect model of a new and sustainable approach. The ambitions were sky-high, building a talented squad – tailor-made to bring home the Champions League trophy for the very first time in Paris has probably been harder than they realised. Football in the country, as a whole has not troubled seasoned winners such as Real Madrid, AC Milan, Liverpool, etc in the Champions League since the 1992/1993 season, where Marseille won the first and only trophy while being representatives of France.

Is it fair to say that the club and the hierarchy have delivered on their promise? French domination was always on the cards for Paris Saint-Germain, establishing themselves as perennial champions has not particularly been a debilitating task, but the Champions League has slipped by them so clearly over the years. From pretenders to serious contenders to laughing stock, all in one season – their fans have seen it all, all, except their team lifting the Champions League trophy.

Is it because they play in a relatively inferior league? Is it their mentality? How can a club show such promise in one instance and fall off so spectacularly in another? I find myself asking these questions every so often. Year after year, PSG show incredible potential to go on and win the whole thing, and in the end, they fail. Teams of a similar ilk ask themselves the same questions. Atletico Madrid, Manchester City, Juventus and maybe even Barcelona are few of the teams that fail to deliver on the biggest stage due to a particular, inexplicable reason.

If Paris Saint-Germain does go on to challenge for the Champions League title, they will not get a better chance than in the 2019/2020 season. They have finally been blessed with balance, a structure, and a sound hierarchical mindset to steady the ship. Consequently, the players add to a wonderful blend of youth and experience. Many record that there is finally a bit of cohesion within the squad, in which players act as a unit rather than 11 individuals. PSG find themselves at the top of Ligue 1, comfortably ahead of second-placed Marseille; they also amassed a total of 16 points in the group stages of the Champions League, conceding only twice to Real Madrid in their only draw of the campaign.

Here are some of the observations that suggest that PSG are pressed for time in their pursuit of the Champions League.

And their vulnerability does not begin and end with the two players; PSG as a squad could face a potential exodus of players soon enough, and with that – a valuable chunk of the identity from their biggest players could be lost. 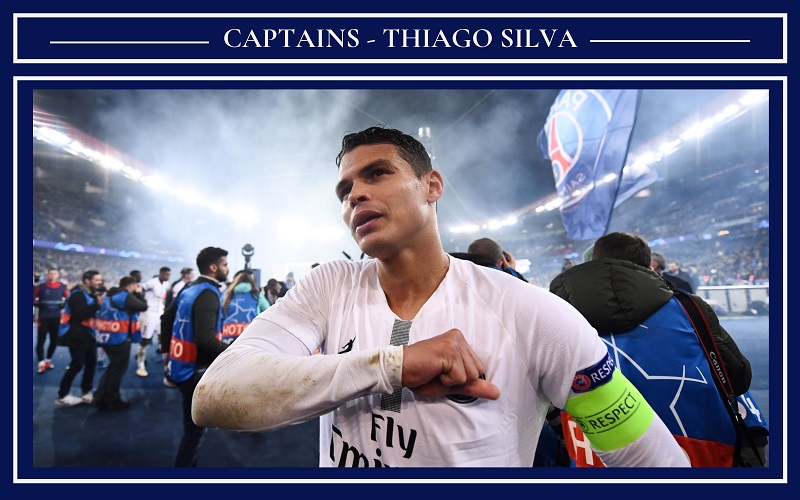 The club lies in danger of hitting a dead-end, a natural passing-by of a footballing generation that defined the PSG-dominant era. Termination of contracts, unsettled players and a threatened manager all contribute to a potentially compromised Paris Saint-Germain. While these problems do not threaten the club in any way presently, it could call PSG’s sustainable project into question.

The appointment of Leonardo as the sporting director in the summer facilitated the transfers of Idrissa Gueye, Keylor Navas, Abdou Diallo, Pablo Sarabia, Mauro Icardi and Ander Herrera; all for a combined 95 million euros – PSG’s lowest summer expenditure in almost six years. This very un-PSG-like move is a sign of better things to come, no longer does the club want to be seen as a hub for footballing celebrities looking to earn a more than a decent paycheck. The board has a clear mindset on transfers and seem to be hell-bent on refreshing the squad, without repeating the mistakes of the past that might have cost them trophies or disharmony within the dressing room.

If they do end up losing the aforementioned world-class talents within their ranks in a short period, do they bolster the squad with a like-for-like, world-class replacement that would cause them to spend big once again? Leonardo and PSG’s work to repair the damages would come undone. They would once again, be seen as a club drowning their troubles by throwing cash around and hoping for a quick-fix, instead of vouching for a sustainable, long-term approach.

But if they don’t replace their star players with a like-for-like replacement and instead go for a more sustainable approach, they would presumably forsake the target of lifting the Champions League trophy for a few more seasons. The same trophy, that the board and the owners have longed for since the QSI takeover, possibly hoping for a triumph before the 2022 FIFA World Cup in Qatar.

The round of 16 tie against Dortmund is a proper test for PSG, their first of many in the Champions League this season. Victories in the knockout rounds could be a defining moment for the club in the competition, especially if they manage to collect some of the biggest scalps in Europe on their road to Istanbul. A casual prognosis of the club makes one think that they can run away with the Ligue 1 trophy once again and should realistically target winning the Champions League – with a squad that is quite possibly their greatest, and one which is running out of time.