You are here
Home > Originals > PLAYERS TO WATCH OUT FOR: DUTCH AND BELGIAN FOOTBALL 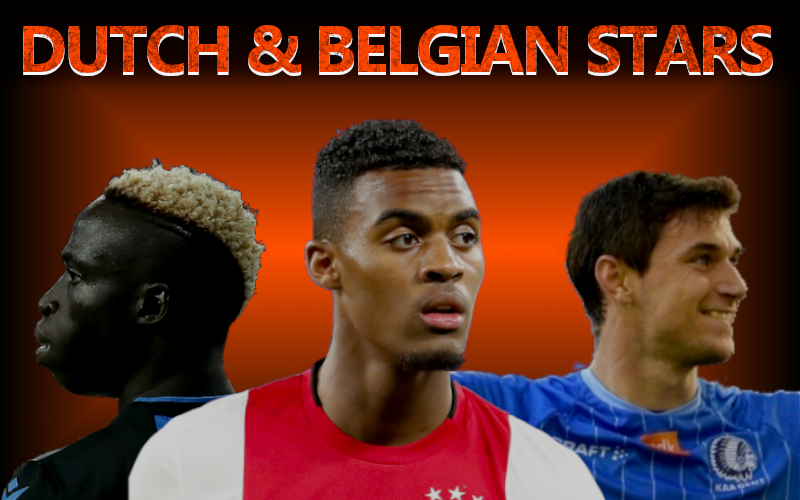 Dutch and Belgian football was once a place top teams would steer clear from. The quality of the leagues was considered too low to seriously evaluate a player’s true potential. In recent years though, those same top teams are now willing to make expensive gambles.

For Dutch Football, the gospel of analysis is Football Oranje. Not only did they correctly identify Frenkie de Jong as a superb talent in August 2018, but picked Barcelona as the potential future destination. De Jong had made just 34 senior appearances. Therefore it is great to combine with one of the senior writers from Football Oranje, Michael Statham. He helped select these three players from the Benelux to keep an eye on. They will almost certainly make the successful jump to Europe’s top teams.

Club Brugge have been experiencing a lot of media attention lately, and EADF is at the forefront of that. Coach Philippe Clement has put together an extremely impressive and organised side, that is currently two points off top spot in their UCL group. Although the team has been founded largely on experience, 21-year-old Senegalese winger Krepin Diatta has started every game.

In the competition, Diatta has completed more dribbles than Eden Hazard, Julien Brandt and Neymar (WhoScored). While he is yet to score and assist, it will surely be a matter of time. In the league, Diatta has six goals in nine league starts from right wing, making him Brugge’s top scorer. What has been most impressive is his confidence on the ball.

Despite making his debut in Belgian football in 2018, Diatta waited a year to start a game. In 19/20, his first Champions League campaign, he turned in bold performances. Away at PSG, Diatta was ambitiously taking players on at every opportunity, and made 3 key passes. He scored a last-minute equaliser against Galatasaray in Istanbul, cutting inside and firing into the far corner magnificently.

This confidence has helped boost Brugge to the top of the Jupiler Pro League in 20/21. Against rivals Anderlecht, Diatta put in an explosive performance, grabbing himself a goal from a smart finish. Despite standing at just 5ft 7, Diatta shows great strength on the ball. Against Germinal Beerschot, one of the least dribbled past teams across both Belgium and Holland, Diatta practically showboated. He completed 5 dribbles in 60 minutes. He has lit Belgian football on fire.

Diatta interestingly almost signed for Manchester United. Speaking to The Daily Star earlier this year, he explained that club representatives came to see him in Norway in 2017, when he was playing for Sarpsborg. He turned them down though, explaining how it was “too soon”. Diatta turns 22 in February, and the step up from Belgian football may come quickly.

Ryan Gravenberch: The Jewel in the Dutch Crown

Ryan Gravenberch is certainly a player for European football fans to keep an eye on. You can expect him to be playing for a top European club in the years ahead. Fans of the Eredivisie speak very highly of the Ajax midfielder.

At 18 years of age, the Dutch midfielder has been frightfully stepping up to the Ajax first team already. It’s as though Gravenberch has always raced ahead of his peers, with the teenager playing for Ajax’s reputable U17s at the age of 14, winning the U17s Euros with the Netherlands at just 15, and becoming the youngest Ajax player ever to make their senior team debut at just 16 years and 130 days.

In his first full season as an Ajax squad member, Gravenberch showed promise but was clearly a raw talent. At the beginning of his second year, the teenager starts nearly every game. He looks far more composed, notably looking comfortable against Liverpool and Atalanta in the Champions League.

Typical of an Ajax player, Gravenberch carries an air of arrogance about him, but you cannot deny his abilities for someone so young. He played a lot of football for Ajax’s second team ‘Jong Ajax’  in the Dutch second tier, where his strength and height (6 ft 3) meant he was able to bully players off the ball.

Also expected of an Ajax player is excellent technical abilities. On the ball, Gravenberch is amongst the best already in the Dutch league; he plays quick passes, he makes little flicks to work his way out of tight spaces, and he can carry the ball to help his side break defensive lines.

Gravenberch is quickly maturing into a top player. He now needs to keep racking up appearances for Ajax and become a key cog in a team that lifts the Eredivisie title at the end of the season. Of course, the Champions League is the right acid test for the youngster to continue improving his trade, and it will not be long before a debut arrives in the Netherlands national team.

Roman Yaremchuk: From Ukraine to Belgium

Yaremchuk is the oldest player featured here, turning 25 later this month. However, his varied skillset and intelligence means that he could dominate Europe for years to come.

Yaremchuk moved to Gent from his homeland, Ukraine, in 2017 for £1.7 million . 21 years old at the time, the Ukrainian-born striker had scored 17 goals in 60 senior games, playing for Dynamo Kyiv and FK Oleksandriya. Gent had not been the only interested party though. On Kyiv’s official website, they outline how Bayer Leverkusen were in negotiations in 2016.

Since moving to Belgian football, he has managed at least ten goals (in all competitions) every season. Building consistency is key for strikers, and so is scoring in big games. This is something Yaremchuk looks to also be exceeding in.

In 19/20, Gent were drawn into a tough Europa League group featuring Saint Etienne, Wolfsburg and Yaremchuk’s old club Oleksandriya. Gent surprisingly finished top. They beat Wolfsburg away in Germany, with Yaremchuk scoring one of three goals. At home in a 2-2 draw, Yaremchuk scored both goals including a 90th minute equaliser.

This season, Yaremchuk has taken his form to a new level. In just ten matches, he has seven goals and two assists. At 6ft 3, Yaremchuk is a huge physical presence. We saw this last weekend as Gent drew at home with Anderlecht. He towered over most of Vincent Kompany’s side, scoring a brilliant header late on.

Yaremchuk combines his physicality with great technique. He is ruthlessly talented with both feet. He has fired off 3.6 shots per game in the Belgian Pro League this season, with 58% of his shots coming on target. Yaremchuk has shown positional intelligence as well, getting in between the lines and timing key passes and delayed runs to perfection.

He made his senior debut in 2018 for the Ukrainian national team, appearing a further 16 times. Five goals and four assists is a modest return. Against Germany recently, Yaremchuk showed his surprising pace, beating Nicholas Sule to a through ball and subsequently winning a penalty.

Yaremchuk is a complete forward. He can link up with teammates, and his frightening shot accuracy and powerful finishes should translate away from Belgian football. Expect to see this intelligent and deadly striker step into the spotlight very soon.