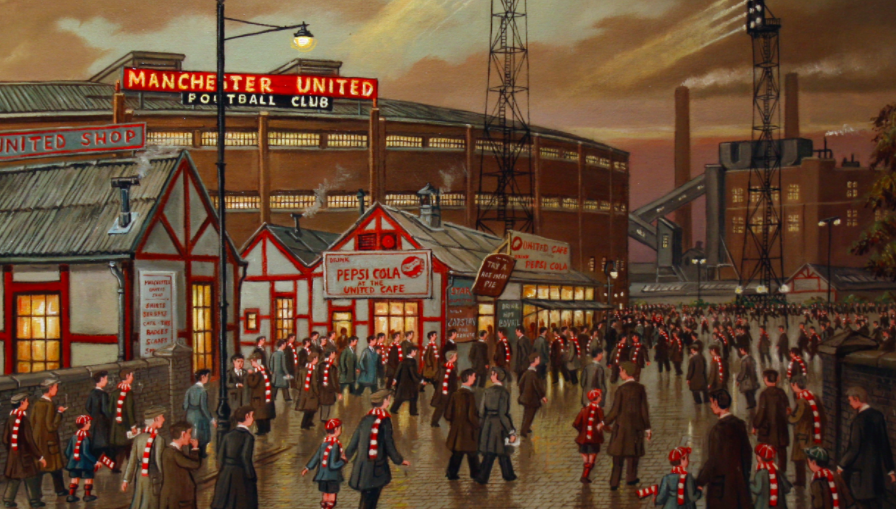 Plans to expand Old Trafford are underway as officials in United are charting out a plan to increase the stadium capacity to 88,000 from 75,643 by adding an extra tier to the Sir Bobby Charlton Stand.

Manchester United are strongly considering this long-term expansion plan as a new section for disabled fans that will be completed by 2020 will lead to the stadium capacity drop to around 73,300.

Previously, the railway line at the back of the Sir Bobby Charlton Stand meant expanding it would require demolition of many houses and building of a very costly tunnel, but thanks to advancement in stadium technology , this will not be a problem for Old Trafford.

United plan to then look at adding quadrants in the two corners of the stand to raise the capacity to 88,000, which would me that the ground would be behind only Barcelona’s Nou Camp (99,354) and Wembley in Europe.

A safe-standing area may also feature in the development with United fans in favour of the concept, which would require a change in the current legislation for stadiums.

There has also been talks of development of safe-standing area in Old Trafford which is being backed by United fans , however this would require a change in the current legislation for stadiums.

This news comes as ‘United are set to appoint full-time ticket tout officers to clamp down on the black market sale of thousands of tickets.‘