A first exclusive by Srinivas Sadhanand,

If a sequel to British grime virtuoso, Skepta’s 2017 documentary “Greatness Only” lies in the realms of possibility, Pietro Pellegri is certainly a potential poster boy for it. The latest import to further piece together Monaco’s “Moneyball” transfer policy, the former-Genoa frontman became the youngest-ever debutant for the defending Ligue 1 champions in a 4-0 victory against lowly Dijon on 16th February, 2018.

On the surface, however, it would seem to be no mean feat for the precocious Pellegri who has a propensity for etching his name into the history books. At 15 years and 280 days old, he became the joint-youngest player to play in Serie A against Torino in December 2016, sharing the record with the legendary Amedeo Amadei, one of the 11 players to be inducted into A.S Roma’s Hall of Fame.

Keeping Roman icons in mind, the Genoa youth product became a household name in Francesco Totti’s farewell match. It was an emotional afternoon at the Stadio Olimpico with tears of joy and sadness running down the faces of the 70,000-odd La Magica faithful.

Three minutes into the encounter and a piercing through-ball from Darko Lazovic put Pellegri through on goal to slot past Wojciech Szczęsny to drizzle over the Francesco Totti-parade. However, an Edin Dzeko-inspired Roma performance handed II Capitano (The Captain) -as he is affectionately addressed- a penultimate victory in the historical I Giallarossi (The Yellow and Reds) which ended 3-2.

To put things into perspective, Pellegri was born in 2001, the same year Totti won his first title in the form of a Supercoppa Italiana for Roma.

Another record was on the way for the prodigious talent who became the youngest-ever player to score a brace in the Serie A at 16 years and 112 days against Lazio in a 2-3 defeat. A heroic performance in what was once again a losing cause, Pellegri was overcome by emotion in his post-match interview after seeing his father shed tears on the Grifone bench.

“In football, my father has looked after me. He used to bring me to training, in the rain and the cold. To see these images of my father is so beautiful.”

Pietro’s exploits in a youth tournament in 2015 impressed Manchester United to such an extent that they offered the wonder-kid’s father a high-paying job in England.

However, the Pellegris were true Genoanos and as a result, a chance to ply their trade at arguably the biggest club in the footballing stratosphere was not enough to tempt them to make the switch. This intense adoration for the club can be reflected in Pellegri Sr.’s comments in which he expresses:

“The day Pietro steps out at Marassi wearing a Genoa shirt, I can go ahead and die, because it will mean I will have seen everything.”

The Pellegri-Genoa story was a match made in heaven and the teenager established his presence as a firm fan’s favorite.

A feeling of ecstasy had captured the city and on certain occasions, emotions got the better of certain individuals such as the likes of Genoa president Enrico Preziosi who claimed, “We have got the next Leo Messi in the house” was a bolt from the blue.

The “next Messi” tag is somewhat of a jinx as it has seen promising careers fizzle out into such extreme mediocrity that the initial career highlights of these starlets lie merely in several YouTube clips accompanied by dubstep soundtracks for years to come. Case in point, Bojan Krkic. 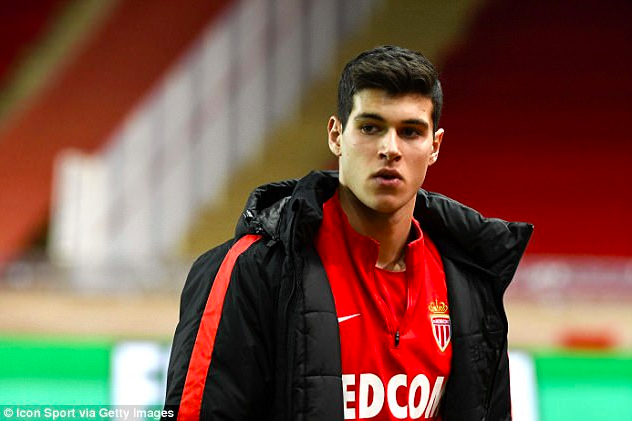 Prezicosi’s comparison was far-fetched, to say the least, between a highly exciting prospect, and the greatest player in history to ever play the beautiful game. Moreover, it was a bizarre parallel as Pellegri operates in the mould of his idol, Zlatan Ibrahimović, as he is an intimidating presence, much like the Swede, standing at 6’2 and can wreak havoc in the box, holding-up play effectively while being deceptively fleet-footed for a man of his stature.

However, all good things come to an end, and Pietro decided to leave his beloved Genoa for French pastures by signing for Ligue 1 giants, AS Monaco for a cool 20m euros.

The 16-year old cited the Monegasques’ as a hub for youth development by saying, “I was quickly convinced of the project that allows young people like me to progress and flourish in the future.”

The timing of the move was rather sudden as fans and experts alike expected Pellegri to further bolster his arsenal of skill sets and gain much-needed experience in Italy before earning a big move to one of Europe’s cream of the crop, with clubs such as Inter Milan and Juventus sniffing around for the teenager’s signature.

In addition, statements from the Genoa camp, in particular manager Davide Ballardini such as, “Pietro will grow into one of the best Italian strikers” gave the impression that while the youngster was waiting in the wings to cement his place into the first-team, he was certainly in the manager’s vision.

Pellegri has two vital T’s at his disposal: time and talent. The level of graft that he puts into his craft can either transport him into Kylian Mbappe’s Parisian utopia or Wellington Silva’s abyss of a career, dominated by loan spells, and a return to Brazil.