You are here
Home > Originals > Where does Philippe Coutinho go from here? 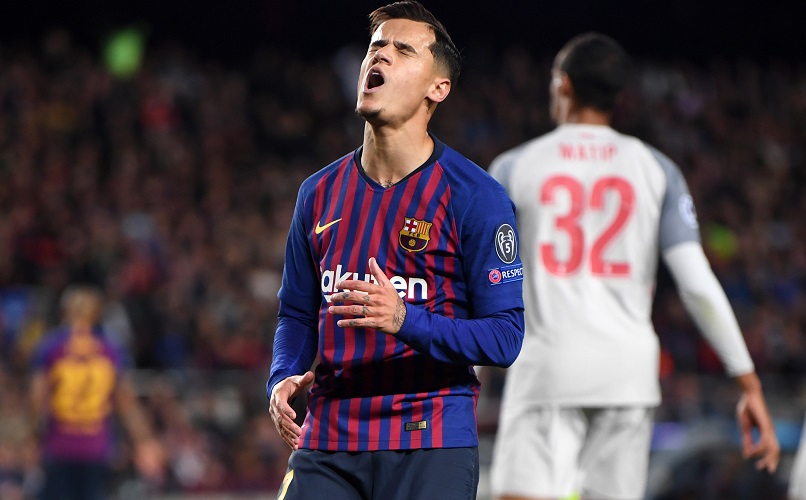 After nearly two years since the infamous Champions League final between Real Madrid and Liverpool, both teams have gone from strength to strength in their bid to improve and evolve as teams at the highest stage. For Real Madrid, their 13th Champions League trophy provided a fitting swan song to the greatest contestant in the competition’s history. Two years later, they seem the same formidable side built to quash the hopes and dreams of anyone who dare challenge them, albeit in a period of transition.

As is the same with Liverpool, the defeat in the final had given the Merseysiders an impetus to go forth and challenge for the biggest club competitions in Europe. The charge, led by the boisterous Jürgen Klopp, cemented Liverpool’s position as arguably the best club in the world – a feat few could have seen coming before the transfer of Philippe Coutinho to Barcelona.

Coutinho’s move seemed emblematic of everything that transpired in his crazy and tumultuous journey over the last three years – one in which he went from being a household name to simply being an afterthought, a facilitator of how the most revered side in the world came to be. Had it not been for the sale of the Brazilian, Liverpool might not have been able to purchase a host of their era-defining players.

As Liverpool grew, Coutinho’s descent became that much apparent.

His departure from Merseyside, surely forged on the promise of thriving in a better, supportive environment turned out to be a little more than counter-productive. After securing his dream move to Barcelona for a lofty £145 million, the shirt instantly weighed heavy on Coutinho. After being brought on to calm the troubled waters at an already trigger-happy Catalan side, the former Vasco da Gama prodigy was meant to alleviate the troubles caused by the departures of central figures in the squad, namely Neymar and Andres Iniesta.

And in theory, Barcelona seemed the perfect fit for the Brazilian. If there ever is a team crying out for a technically gifted attacking player who executes and strings plays with absolute nonchalance, it is Barcelona. Coutinho was the archetypal Barcelona signing; he was destined for success. And yet, he failed.

And in his failure, he did not garner the adoration of the Barcelona faithful he had so expected. Tensions bubbled over between the fans and the otherwise reserved Coutinho, no less, in a quarter-final match against Manchester United in the Champions League. His celebration didn’t go down too well.

The fans’ rejoinder followed soon after, in the semi-final of the competition, where he was greeted with jeers and boos against his former employers, and more importantly, the eventual winners of the Champions League in Liverpool.

His oft languid demeanour didn’t do him any favours either. The Brazilian cut an incredibly frustrating figure for the Blaugrana, as he failed to pin down a defined position in which he could excel. He lacked the know-how and the ability to deputise from a deeper position in Ernesto Valverde’s favoured 4-3-3 formation. His passing range and the intricacies of performing in such a position did not live up to the billing of his predecessor. Admittedly, the bar to emulate Andres Iniesta had been set incredibly high, but so was Coutinho’s price tag.

Pair that with his long-standing aversion to work just as hard off the ball, and you’ve got an uncommonly expensive luxury player who can turn his performances on-and-off at the flip of a switch. Which is not to say that he lacked awareness and skill in most aspects of his Barcelona career, but it reeked of an incompatible state of affairs from both parties – the management, and the player himself. Pretty soon, fellow Brazilian Arthur Melo and Arturo Vidal stood above Coutinho in the pecking order for the central midfield positions while he was forced out onto the wider spots, where he shone ever so slightly.

His best performances for the club coincided with the absence of Barca’s talisman on the other flank, and Coutinho played his game to the best of his abilities from the left side. A floating playmaker from any flank is a rare sight in football, given the directness and pace on which traditional wingers usually base their game on. Having two in the same side though is practically unheard of. And it stayed that way. Only one between Coutinho and Lionel Messi could play as the creative, gliding winger, often transforming into a second striker – and it was never going to be Messi who made that compromise.

While it might be harsh to label him as a one-trick pony, Coutinho is perhaps remembered most for his party piece – the long curling shot from the edge of the box. While mesmerising to view, his stunning technical abilities expertly papered over some of his underlying limitations which have since caught on. It remains no secret that Barcelona are desperate to move him on, even if it means incurring a huge loss to the club, both in prestige and their finances.

In addition to that, they moved to sign Antoine Griezmann and Frenkie De Jong in the summer of 2019 – two players who dominate in areas where Coutinho failed to establish authority since his arrival.

Karl-Heinz Rummenigge, the Bayern Munich chairman recently confirmed the purchase option in Coutinho’s loan deal expired without being activated. His tally of 8 goals and 6 assists was by no means a poor tally for the Bavarian giants, but it was an underwhelming one. Especially considering that an extension would mean that he would be the Bundesliga’s record signing by a country mile.

He now returns to the same mismanaged club that is desperate to get rid of him in order to arrange funds for the transfer of Neymar. There can be no one culprit in what one hopes, is a minor fall from grace for Philippe Coutinho. His range of abilities could surely broaden the arsenal of the biggest clubs, but they won’t be Barcelona, and they won’t be Bayern Munich. He now returns to the club who will chuck him out at the first sign of an exit. Surely for him, one has to believe that the night is darkest just before the dawn. One has to believe that he won’t be a square peg in a round hole. Yet again.