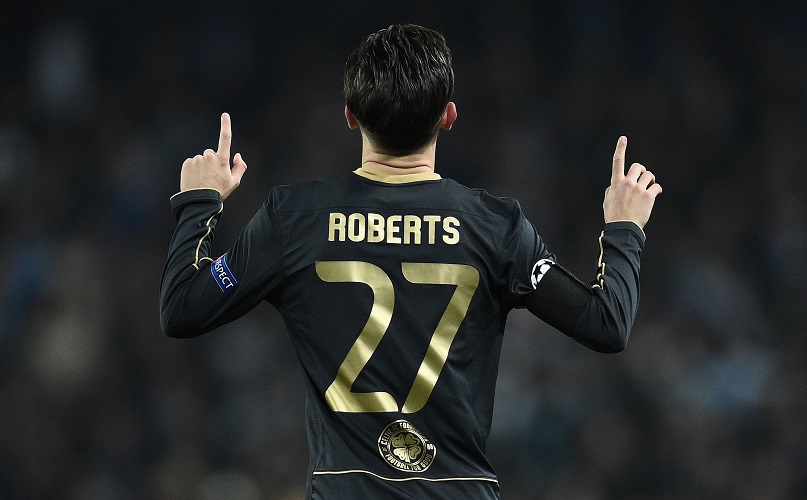 Loan deals certainly don’t always work out the way they are supposed to in football. When they do come off, it not only benefits the parent club, who are comforted in the knowledge that one of their young talents is out playing regular football and gaining valuable experience, but also the temporary club, who are undoubtedly strengthened by the arrival of a budding young professional. More importantly, it benefits the player himself.

But when they don’t come off, all three parties find themselves at a loss. Manchester City’s Patrick Roberts typifies the euphoric highs and desperate lows of the loan process.

At 22 years of age, the young English winger has disappeared off the face of the earth in recent times. From bursting onto the scene at Fulham, Roberts was snapped up by City with the promise of a hugely bright future. It’s fair to say that the move hasn’t worked out quite as well as both had planned, but there’s still hope for one of football’s forgotten men.

Chelsea’s Tammy Abraham perhaps offers the epitome of a successful loan deal, where he now boasts 13 league goals this season after returning from three successive loan spells at Bristol City, Swansea, and Aston Villa. Sadly, that is not always the case, with Roberts, in particular, finding it out the hard way. Thankfully, he’s back on the scene at Championship outfit Middlesbrough, where he’s already played more minutes in one match than he has in five years at his parent club in Manchester.

It all really began for Roberts in west London, where he spent the majority of his youth career at Fulham. The club provided him with many cherished memories, none more so than giving him his Premier League debut, where he entered the field for the final thirty minutes against none other than Man City. More appearances followed here and there, but perhaps the Manchester outfit saw enough in that half-hour cameo to be convinced that he was one for the future. They brought him to the club just over a year later.

But since that unforgettable day for Roberts in July 2015, he’s played just 54 competitive minutes for the champions, mainly because he’s been shipped out on loan several times, much like many of their other potential talents.

Loan number one was undeniably the most successful, and the one of most value for Roberts and indeed for City. Scottish champions Celtic came calling, and eventually landed their man in January 2016 on an 18-month loan. The winger immediately hit the ground running, scoring once and assisting the other three for the club’s Under-20 side in a 4-0 victory over their Motherwell counterparts. The top-class display was enough for manager Brendan Rodgers to promote him to the first team immediately, with the youngster soon announcing himself to the loyal fans with a brace against Hearts.

The mutual relationship with the passionate supporters was established then and there, with neither party letting the other down as the months progressed. Roberts added another brace a month later against Aberdeen, with his double helping his side to a fifth league title in a row in the process. The prodigy ended his debut campaign in Scotland with seven goals in 12 appearances, along with a Scottish Premiership trophy. Not a bad start.0

As his contract with the Bhoys continued, so did his impressive displays. The flying forward netted on his Champions League debut in an early qualification round against Lincoln Red Imps of Gibraltar, and in doing so rejected the chance to play for England at the U19 European Championship. Roberts later turned down the opportunity to represent his country at the 2017 U20 World Cup in order to line out for Rodgers in the Scottish Cup final, proving not only his loyalty to the cause but moreover just how much he was enjoying playing regular football.

But he saved his best for his parent side, showing them just what they were missing with a goal in a man of the match performance when the two clubs met at the Etihad in the group stages of the Champions League. His stunning solo effort in the 1-1 draw was just one of his 15 goals in the 2016/17 campaign, where he completed an unbeaten domestic season in Glasgow’s east-end to clinch a sixth successive league title for Celtic.

In the cruelest of circumstances, the winger suffered a hamstring injury not long after extending his loan deal with the Hoops, and after missing several months, just like that, he basically disappeared. After such a memorable time in Scotland, it was suddenly all over as he returned to England at the end of an injury-dominated season.

That frustration carried into a regrettable loan switch to La Liga outfit Girona last season, where Roberts failed to score in 19 appearances on and off the bench, with City’s partner club suffering relegation to the Spanish second division. More misery followed with Norwich earlier this season, where Pep Guardiola once again sent him on his way to broaden his experience. A total of 24 minutes – all from the substitutes’ bench – was all he was afforded, before eventually being recalled and sent out to Middlesbrough earlier this month.

And it’s already going to plan. He has since started both games at Jonathan Woodgate’s side, endearing himself to fans at the Riverside with his mazy runs in draws against Tottenham Hotspur and Derby in the FA Cup and Championship respectively. Having been utilised in left-wing, center-forward and attacking midfield roles throughout his brief career, Roberts was finally back on that favoured right-wing on his Championship debut.

His diminutive 5’6” frame was doing what it did best once again, dizzying defenders as he cut in on that lethal left foot. More confidence is required in order to produce more attempts on goal, while his defensive contributions must be built on if he has real ambition to make it at the top level. But both attributes will come with more game time. Although, three key passes – the most for his side – along with four crosses and an 81.3% passing accuracy certainly wasn’t a bad way to get acquainted with the league.

It was very much a case of the wrong club at Premier League strugglers Norwich, but perhaps this is now the right place to be at playoff-chasing Middlesbrough, a highly-professional and well-respected organisation behind the scenes. Moreover, with other young English talents on their books in Dael Fry and Marcus Tavernier among others, along with a young manager keen to give youth a chance, it’s seemingly a match made in heaven. It also can’t be a bad thing having the Republic of Ireland legend Robbie Keane there to provide that extra bit of confidence and technique when necessary.

And despite those missed chances to represent England’s youth sides, he’s still got a stellar career in the setup, having played an integral role in his country’s U17 European Championship victory in 2014, where he grabbed three goals and four assists to secure a spot in the team of the tournament. Roberts then went on to clinch four goals and four assists in U19 Euro qualifying, despite being one of the youngest members of the squad at 17.

Add to those figures three Scottish league titles, two Scottish Cups and two Scottish League Cups, it’s quite the CV for a 22-year-old. Whether his parent club gives00 him a proper chance at the highest level remains to be seen. But with attackers/wingers like Bernardo Silva, Raheem Sterling, Leroy Sane and Riyad Mahrez already under Guardiola’s regime, combined with the club’s never-ending budget, it looks unlikely.

A permanent switch to a side that protects and progresses their youth is, therefore, perhaps the way forward for Roberts, but don’t rule out a City starting berth in the near future just yet.