Patrick McEleney may not be a name known to many outside the proud island of Ireland, but those who are familiar with the Derry-born playmaker are fully aware of just how special he is.

Born in the heart of Derry city, McEleney followed any young player’s dream by representing his local club, having firstly been a ball boy at Derry City FC, before joining up with the Brandywell club later down the line. Having followed in the footsteps of their father, also a footballer for Irish league side Coleraine, both Patrick and his brother Shane took it upon themselves to represent their beloved Derry City alongside one another, with the latter now lining up for Northern Irish Championship side Larne having featured for St Patrick’s Athletic in Ireland and Ottawa Fury in Ottawa, Canada.

It was, however, younger brother Patrick that rose to prominence quickest. After a brief spell in England with Sunderland at youth level failed to work out – a situation which McEleney would once again face several years down the line – the youngster found his true calling at hometown club Derry City. A teenage McEleney was one of the first players brought in by manager Stephen Kenny, with the two forming an immediate bond in a season where the attacker would go on to play a pivotal role of the First Division title-winning side in 2010. 12 goals in 31 appearances for the spritely 17-year-old did not go unnoticed, with Celtic leading the race to sign the Shantallow-born star, among two or three top-flight sides in England. 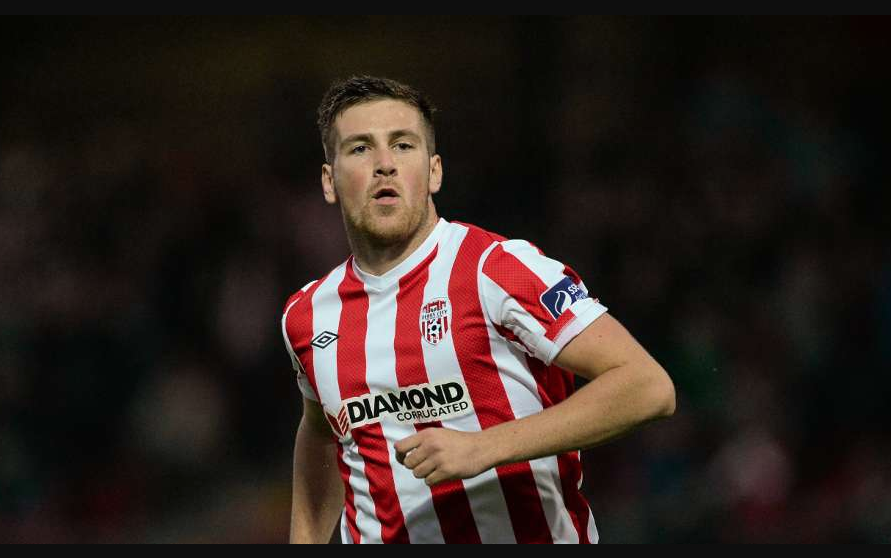 A 2010 PFAI First Division Player of the Year nomination followed and, fortunately for Derry, they managed to keep hold of their teenage sensation, who then went on to once again star in a successful season, which brought home silverware in the form of the 2011 League of Ireland Cup.

However, an all too familiar occurrence struck the Candystripes when, after five years at the club, McEleney received an offer he simply couldn’t refuse. Dundalk came calling, and McEleney answered. With several of his Derry teammates making similar ventures, the young forward failed to agree on a new deal and, for his loyal fanbase, was sadly moved on to one of their major competitors. Whether or not money has been the main attraction for not only McEleney but countless of his Derry City companions, his former employers have undoubtedly been hit the hardest.

This relatively new crisis has knocked the pride out of Derry City FC in recent years, with the latest League of Ireland campaign perhaps evident of the injustices and financial imbalances in Irish football, with a once-almighty club finding themselves finishing eighth out of tenth in a bitterly disappointing 2018 campaign that ended with the ultimately messy sacking of manager Kenny Shiels. Whether it can be solely put down to the loss of top players is a separate matter entirely, but the manner in which the club played out the season came as quite a shock to both those on and off the field, where the often thoughtless yet unavoidable selling of certain players has undoubtedly had a negative impact on the performances of the team. 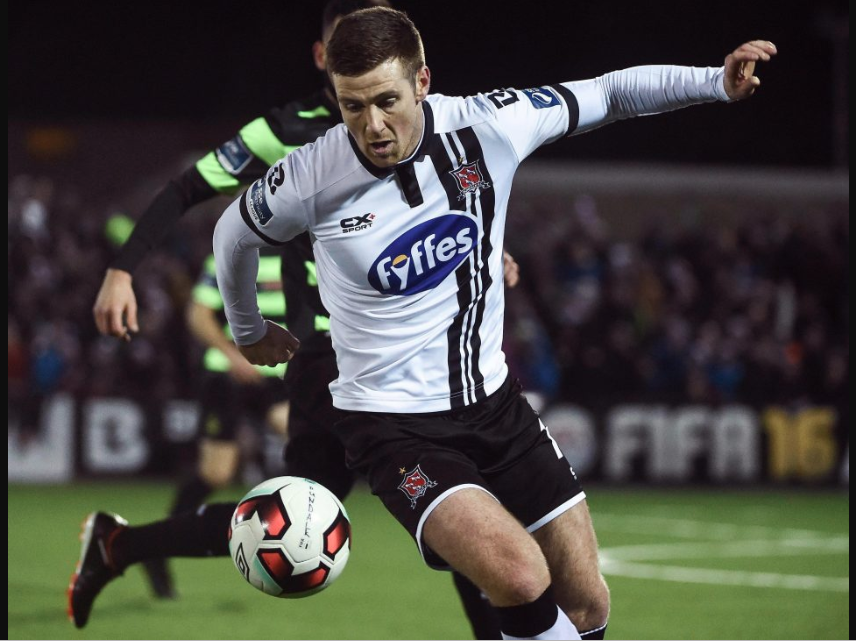 It was at Dundalk where the quick feet of McEleney became particularly recognisable, where fans really began to stand up and take notice. The attack-minded player came into his own immediately after linking up with former manager Stephen Kenny, with the two now firmly set on turning around the fortunes of the County Louth outfit. The former Derry manager became an instant success at Oriel Park upon his arrival, taking a worried Dundalk side from a relegation playoff the year before to a stunning 2nd place finish in the 2013 Premier Division. A phenomenal successive league and cup double followed in 2014 and 2015, with the hugely talented Richie Towell bagging 25 goals from midfield.

The inevitable loss of the influential Towell to a bigger fish followed, with Brighton completing the signature highly-rated Dubliner, thus paving the way for a new creative mindset at Oriel Park. Despite also receiving interest across the water, McEleney was the man tasked with filling Towell’s boots as he linked up with former boss Stephen Kenny in December 2015, marking his home debut with a goal in a 3-0 victory over Finn Harps.

The two quickly picked up where they left off, with McEleney paying back the faith his manager had by playing a key role in Dundalk’s history-making season of 2016, where the club overcame Icelandic and Belarusian opposition in Fimleikafélag Hafnarfjarðar and BATE Borisov to reach the Champions League playoff round, only to be pipped at the very last in a heart-breaking 3-1 loss to Legia Warsaw. However, the Kenny’s outfit warmly welcomed a deserved Europa League group stage spot, becoming just the second Irish side to make it that far in the competition. The first ever Irish points were won in Europe as Dundalk grabbed an 89th-minute equaliser away to AZ Alkmaar, before a historic 1-0 home victory over Maccabi Tel Aviv.

The success of the club grew bigger as the years drew on, and with it came the individual success of McEleney, who was finally rewarded for his talents with a move to England with League One side Oldham Athletic. The transfer came as a shock to many and turned out to be one of the most ill-timed and disappointing moves across the Irish Sea in recent history. Many League of Ireland prospects have often gone on to shine among the stardom of Premier League football, none more so than Sligo’s Seamus Coleman, along with Matt Doherty from Bohemians to Wolves and Kevin Long from Cork to Burnley. Success stories are, however, few and far between, with McEleney’s move to Oldham nothing less than a disaster from day one.

Registration issues surrounding the player formed the first barrier, before injuries and even a frozen pitch delayed his long-awaited debut for the side. By the time the Derry man was ready and eager to play, Oldham had found their way to the bottom end of the league table, had only recently before faced a number of winding-up orders for non-payment of taxes, and now had failed to play several of their players on time. McEleney remained upbeat, yet started just four matches in five months, scoring on one occasion in a 2-0 victory over Scunthorpe. The club’s financial worries continued, and it was the club’s relegation to League Two that proved to be the final straw for a once-promising situation for the precocious playmaker.

Fortunately, Dundalk would soon welcome back their prodigal son with open arms, with McEleney gratefully accepting a second chance after being the first to admit that it was a huge mistake to leave in the first place. The Lilywhites were soon treated to the mazy dribbles, the pinpoint passes and the outrageous finished that they had become so accustomed to, with many soon realising that the exciting attacker simply doesn’t score bad goals. The 26-year-old’s goals reel views like a Zlatan-esque montage, yet McEleney’s efforts caught the eye not on YouTube, but on Football Manager when in 2015, one Italian football fan traveled across Europe to watch his idol in action after managing Derry City in the PC game.

While his displays in the League of Ireland are often second to none, many comparisons can be drawn to his namesake, Paddy McCourt, who, after several years of stunning viewers throughout the United Kingdom and Ireland, sadly hung up his boots after one final promotion-clinching appearance for Finn Harps. Not only do the two share a forename, but both became regulars on the scene at Derry City before moving on to dazzle thousands who watched on. 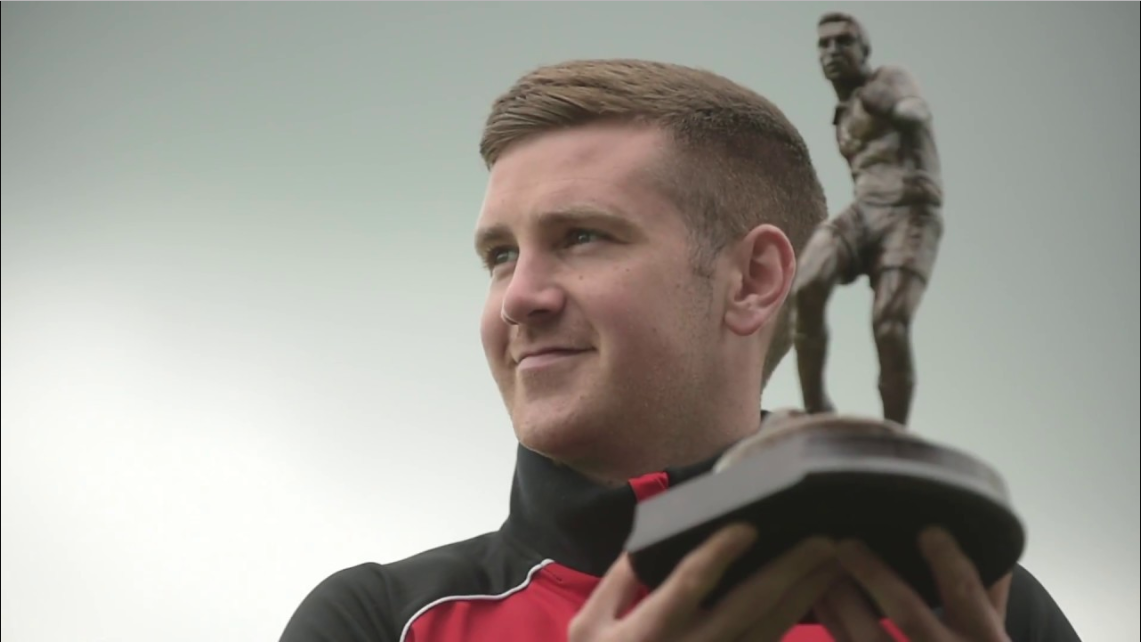 Similarly, the former Celtic man was certainly not as successful as he could have been across the water, but both remain massively adored by those back home. The ‘Derry Pele’ has, however, gone one step further than McEleney by representing his nation, Northern Ireland, and although the current League of Ireland natural has yet to receive an international call-up, it may only be a matter of time before he finds his way into the Republic of Ireland setup, having made the popular decision to switch his allegiance after representing Northern Ireland at youth level.

McEleney undoubtedly recalls his early beginnings with the Candystripes, but Dundalk and Cork City have long forgotten about them, with the two now finishing in the top two spots in the league for the last four years. Both the Lilywhites and McEleney have come back to haunt Derry on several occasions, yet their ongoing battle with Cork City will seemingly never be put to rest. Thanks to the help of firstly Richie Towell and secondly McEleney, Dundalk managed to pip Cork to the title for three successive years in 2014, 2015 and 2016, before the latter finally won back their crown in 2017. The FAI Cup was also brought home to Oriel Park in 2015 at the hands of Cork, who did, however, exact their revenge in the same competition a year later to prevent the Dundalk double double. 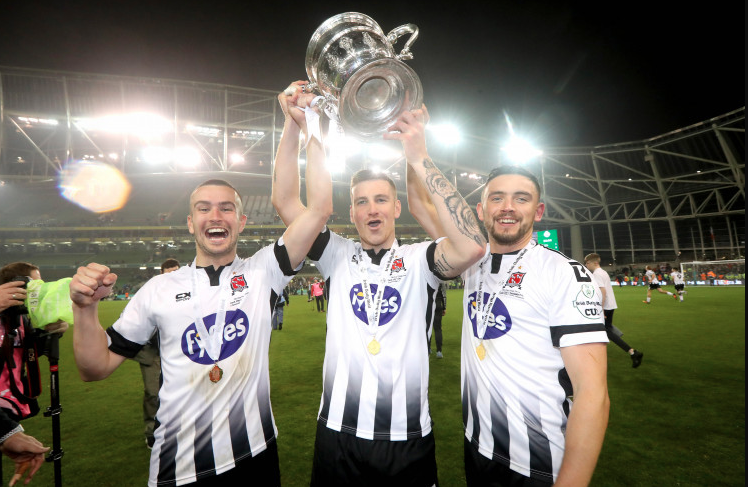 Record League of Ireland winners Shamrock Rovers have finally found their way back into the fore having finished third in three of the past four seasons, yet it was Dundalk who once again got their hands on the trophy in 2018, with McEleney back to help his side turn the tables once more. Early November incredibly brought the two rivals together once again, with the small matter of the FAI Cup to be settled. Who else but McEleney would be the hero for Dundalk as they edged out Cork in a nail-biting affair, with the man himself bagging an extremely rare header to win the game 2-1 for his side, thus completing the 2018 League of Ireland double and etching his name into folklore at Oriel Park.