You are here
Home > News > The Northern Rivalry: Manchester City vs Liverpool 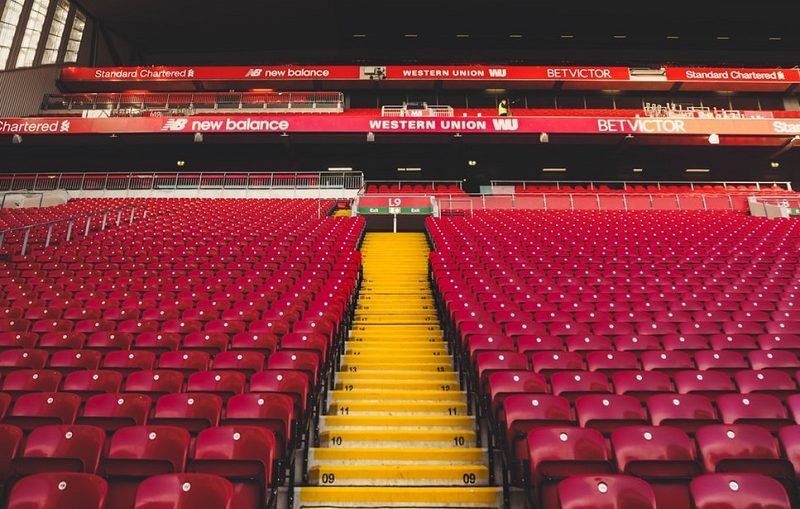 The North West cities of England punch above their weight when it comes to football. The teams of Liverpool and Manchester have a success rate better than that of rivals in London, despite the capital city being significantly bigger.

During this same period, the other major Manchester team, Manchester City, had been struggling with yo-yo promotion and relegation between Division One and the Premier League. The team was promoted for the final time in 2002, and have remained in the league ever since. They then picked up where Manchester United left off, winning the Premier League in 2011/12, 2013/14, 2017/18 and 2018/19.

After Jurgen Klopp took over as manager for Liverpool, the Reds have looked like they’re on course to finally break the 30-year drought of league victories. In 2018/19 they came painfully close, losing to Manchester City by just a single point, with a score that would have seen them finish first in almost every other Premier League season.

Liverpool look like a totally different team compared to just a few years ago. They play with a more aggressive style, fighting to regain possession anytime they lose it. This makes their games faster-paced and gives them the ability to control the ball more effectively. It also means that their opponents are less able to score against them, demonstrated by their 22 goals against in 2018/19, less than any other team in the Premier League.

Liverpool have continued where they left off, starting the season with games that featured the same aggressive style as we have got used to in recent years. They have won all but one of their games so far this season, the exception being a draw against Manchester United. This has helped them to build a six-point lead over Manchester City, who are sitting second in the table having lost two games and drawn another.

After picking up a couple of other trophies last season, including the Champions League, Liverpool are desperate to win the Premier League.

Manchester City are a team that have seen most of their success occur in the last few years. After struggling with yo-yo relegation and promotion during the 90s and 2000s, they were bought by Sheikh Mansour in August of 2008 for £210 million. This gave the club deep pockets, allowing them to purchase the best players from around the world. By bringing in this top talent, they were able to sway the fortunes of the team, turning it into the dominant force that it has been in recent years. This culminated in their 2017/18 Premier League victory, which saw them finish the season with 100 points, the highest score in the league’s history. They also achieved the most wins in a season in both 2017/18 and 2018/19, with a total of 32.

Betting on the Premier League has become very popular amongst football fans in recent years, particularly as mobile apps have made it easier to wager during the game. This has created a lot of competition amongst bookmakers, who run promotions like deposit match offers to attract new customers.

At this stage of the season, it seems to be a safe bet that either Liverpool or Manchester City will be lifting the Premier League trophy in 2020. However, it looks as though the title could go to the wire, just as it did in 2018/19, despite Liverpool’s early lead. This will make it particularly exciting for anyone with “skin in the game”.

What About in Europe?

Manchester City are yet to win any European club competition and are looking to change that this season. They currently sit at the top of their Champions League group, having won all three of their games. While both teams would like to win both the domestic and European trophies, they will each be prioritising the ones that they haven’t won yet. This means Liverpool will prioritise the Premier League of the Champions League, and vice versa for Manchester City.

Every team has its time. For Manchester City, they have been riding high for the best part of a decade. For Liverpool, they are currently on the upswing and need to capitalise on this golden opportunity if they want to break their 30 year domestic title drought. Both teams have something to prove this year. Manchester City want to prove they can be successful in Europe, while Liverpool want to prove that the Premier League is not a curse for them.

They are the teams to beat in English football at the moment and are great examples of why North West England is one of the most successful footballing regions in England. Between the two Manchester sides and Blackburn Rovers (who won a single title back in 1994/95 before being relegated a few years later), North West England has more Premier League titles than even London. Arsenal and Chelsea have 8 titles between them, Leicester City won the league once in 2015/16, and the remaining 19 trophies have been lifted by teams around the M62 motorway.

2019/20 appears to be a season that will continue this pattern, but victory could go to a team-based a little further West than in previous years.