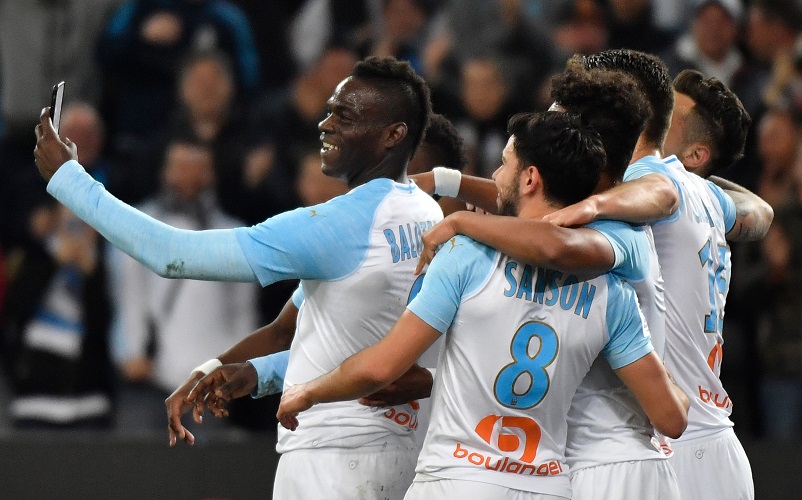 For a season that has seen Marseille return to form, seal a return to European competition, the club on the south of France have predictably turned wine into water, again. The club itself admitted to it, lamenting in an official statement “For the last 20 years, Marseille is a club that has suffered from chronic instability. 24 spells for managers have been delivered at Marseille during this period”. Their sporting director has left the building, the manager is threatening to walk, and rumours of a Saudi takeover gaining speed, it’s important to understand how this situation came to be and how it’s all gone wrong for Marseille this time.

Setting Sail with a New Mast

On the 16th of October, 2016, former Brooklyn Dodgers owner, Frank McCourt purchased the club for a princely sum of 45 million euro (half of what United spent on Maguire) promising a ‘new era’. Out went Bielsa, Batshuayi, and cult figure Mandanada, and in came Rudi Garcia, Andoni Zubizaretta and a promise of 200 million in player investments. Champagne supernova you would think?

Rudi Garcia made a decent start at the helm of the French club. His task was to turn around a sinking ship and arrest their unwanted image as France’s laughing stock. Less ratatouille, more coq au vin.

Star striker Batshuayi’s exit left a void which was promptly filled by Gomis and new permanent signing, Florian Thauvin. Their 35 goals across all competitions helped Marseille to a fifth-place finish (from 13th previously) and a third-round qualifying spot in the Europa League. Steve Mandanda returned between the posts, and Luis Gustavo returned to provide experience.

The Storm Before the Calm

With an improvement on fifth the aim, Marseille marshalled forward, but not without roadblocks. Patrice Evra channelled the unfortunate spirit compatriot Cantona by kicking out to a fan during the Champions League group stage. Garcia’s team being unable to beat any of their direct rivals in Ligue 1 didn’t help.

The Europa League had to be their saving grace, and it turned out to be just that.

The quarter-final against RB Leipzig will stay as the watershed moment. An eight-goal thriller over both legs was capped by a sumptuous finish from Payet, and another from Sakai sealed their path into the final four. After disposing of Monaco, they reached their first European final since their 2004 defeat to Valencia in the same tournament. The winds of change would, however, not blow them to the sky, as a 3-0 drubbing at the hands of Simeone’s Atletico sealed their fate.

The goal was to get back to the Champions League. They failed. Their league finish left them a solitary point behind rivals Lyon, and a hail-mary Europa League win was a fancy too far.

The 18-19 season was an even bigger smorgasbord. One which the fans, however, had become increasingly accustomed too. A leaky defence, a disjointed midfield and profligate attack left them exiting Europe in the group stages and staying fifth in the league. The high from the final was gone, the club were clueless, and Garcia left the building.

André Villas-Boas was signed from Shanghai SIPG in the summer of ’19 and was shackled from the onset as FFP restriction meant he had a big challenge on his hands. Add to that an ankle ligament tear for saving grace Florian Thauvin, and you have a perfect storm for the Portuguese.

Maligned by some for his performance at Chelsea, AVB has proved with his time at Porto, Zenit and even Tottenham, that he can elevate a club from passé to promising. At Marseille, the young Portuguese worked his magic and extracted blood from stone from the word go. Steve Mandanda and Dimitri Payet looked like men are-born. Without Thauvin, AVB convinced the board to sign Rangier on loan from Valencia and crucially Benedetto from Argentine giants, Boca Juniors. The latter netted in 11 goals.

In the 28 games, before COVID-19 essentially ended the campaign, Marseille had racked up 56 points, sealing a second-place finish, and a return to the Champions League. A welcome surprise amongst a sea of COVID-induced negativity. Villas-Boas waxed lyrical on his instagram :

“What has marked and often marks the teams of choice is the ability to reinvent themselves in the face of adversity, whether it is when it hits bottom or when dreams escape us. We were a group! We were a team. We knew we were consistent and had the right word and the right reaction to each other.”

It felt too good to be true, and as it turns out, it was

Ligue de Football Professionnel’s (LFP) financial governing body and Direction Nationale du Contrôle de Gestion (DNCG), recently published the club financial results from the 2018/19 Ligue 1 and 2 seasons. The documents revealed €91 million in losses incurred by Olympique de Marseille and shed greater light on an agreement reached by the club with UEFA’s Club Financial Control Board in June of 2019. Despite a successful end to the current campaign, Marseille are far from the settlement reached with UEFA, which limits the club to 23 squad players next season as opposed to the standard 25. What is more, it requires the club to restrict spending on player registrations and to be within €30m of a break-even position. End result, OM will continue to live through austerity.

The results from this mismanagement set off a chain reaction, creating a perfect storm which Marseille had spent the last three years trying to sail clear of. Zubizaretta left his position, President Jacques-Henri Eyraud reiterated their stance on having to sell players, and Villas-Boas’ future was thrown into uncertainty as he’d theoretically have to perform another miracle, with prospectively fewer quality players. The fans bayed for  Owner Frank H. McCourt’s blood and wanted him gone. Rumours began running amok with a possible Saudi takeover looming over the dark clouds.

For their part, Villa Boas has accepted a new contract offer which will likely give him a larger deal of autonomy on transfer. Whether the funds are actually provided, is a discussion for another day.

Marseille’s future might well rest in the Portuguese’s hands. He wanted to taste Champions League football at the Vélodrome, a desire that is going to turn into a reality. Fans can only hope that he turns water into wine again, but then again, this is Marseille we’re talking about, uncertainty is their only constant.