You are here
Home > Opinion > The Neymar saga will drag on but does it make any sense for Barcelona? 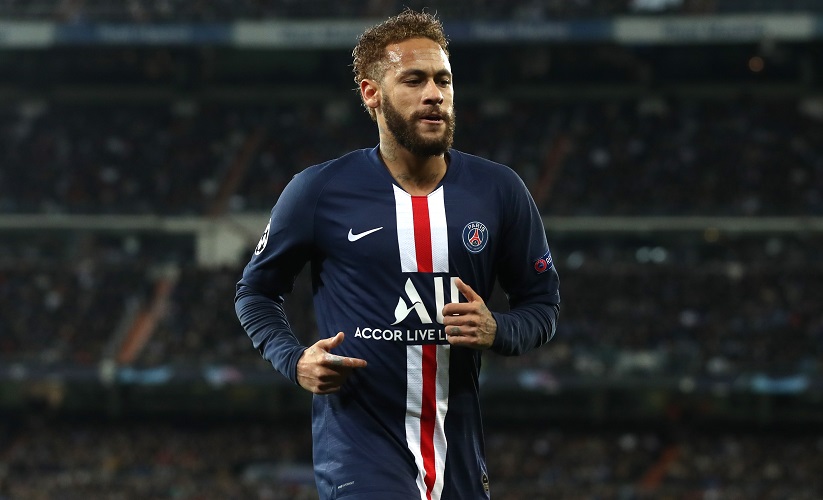 With all the news that is floating around about Neymar’s potential transfer to Barcelona for the past 6 months, let’s discuss how this deal affects all the involved parties. We will take into consideration the transfer fee, the fans’ view on this transfer and how the Brazilian will fit into the La Liga champions’ system.

Evidently, Barcelona fans want Neymar back. Although there are some factions within the Barcelona faithful who have not forgotten or forgiven Neymar for the way he left, most of the fans will happily take him back. Barcelona had intense negotiations with Paris Saint-Germain in the summer, with multiple reports suggesting that a meeting between its director, Leonardo and Barça’s representative took place but the transfer fee was an issue.

PSG fans made it very clear in the first league game of the season that they wanted Neymar to leave. The general feeling in Les Parisiens’ camp is that the board and fans feel let down by Neymar’s repeated absence from important games and his antics on and off the field. However, Neymar’s recent performances have been brilliant and the Brazilian is earning back some of that love.

Amongst all this, Barcelona seems like a good destination for Neymar as he will be welcomed back by fans. His former teammates would welcome him back with the likes of Gerard Piqué talking up his return in the media. The Spaniard explained to Cadena Ser’s El Larguero how Barça players even offered to change the way they were paid if it would help in re-signing Neymar by complying with UEFA’s Financial Fair Play rules.

He said “We didn’t stump up money. What we said to the president was whether we could change our contracts because we knew there was a financial fair play issue. … So we said to the president, rather than earn something in year one, we could earn it in year two or three or four”. Piqué continued, “Rather than reducing our salary it was about finding a formula so that if the club wanted to sign Neymar they could. At the time they thought it was a good idea, but then other problems cropped up.”

There is no surprise that Barcelona’s senior players want the return of the Brazilian given how effective he was at Camp Nou playing alongside Lionel Messi and Luis Suárez. In the three seasons that the famed ‘MSN’ operated together, Barcelona won two La Liga titles, one Champions League, three Copa del Rey trophies and a Club World Cup. Neymar is still very close to Messi and Suárez.

Here is what the Barcelona captain had to say regarding Neymar’s return to Barcelona “The truth is I would have loved him to come back to us,” Messi told Sport in September. “I understand some people were against it and that’s normal considering everything that happened and how he left us, but thinking about it on a sporting level, for me, Neymar is one of the best players in the world, obviously he would have increased our chances of getting the results that we all want. The club would have taken a leap forward, in terms of sponsors, our image, our growth, but in the end, it didn’t happen.”

There are reports that Neymar is willing to take a massive pay cut but can a deal really happen? Well, it’s got even more complicated with Philippe Coutinho joining Bayern Munich on loan. It was suggested that Coutinho could be one of two players that would be offered to Paris alongside a sizeable fee, but now that ship has sailed unless Coutinho insists on moving back to Barca and then looks for pastures elsewhere. The problem for Barcelona is that they paid nearly €200million on Antoine Griezmann and Frenkie de Jong over the course of last year, pushing their spending in the post-Neymar era to over €750million. These eye-watering numbers make a deal extremely difficult from a financial standpoint.

From a tactical perspective, It becomes even tougher to see how Neymar will fit into Barcelona’s setup. There is a vacancy on the left-wing (with Coutinho leaving), but that would almost certainly spell the end for Ousmane Dembélé. Will new boss Quique Setién go with a front four of Messi, Griezmann, Suárez, and Neymar or will he opt for a front three with Neymar coming in at Suárez’s expense?

Whichever formation is picked, Barcelona will have some problems as Neymar does not like contributing in defense either. They may score four goals per game in La Liga but the UEFA Champions League is an unforgiving competition, as two years of hurt have taught the Catalan outfit. So from a tactical standpoint, bringing Neymar will create more problems than it will solve, especially in big games.

So what should Barcelona do?

Financially and tactically, this deal is not the best choice for Barcelona. If Neymar is to move to the Blaugrana, they might have to include Ousmane Dembélé in the deal. Barcelona’s aforementioned transfer spending on the likes of Griezmann and De Jong means they will not be paying over €200million for the Brazilian. Dembélé has not fully lived up to the expectations but if the Frenchman can put his injury troubles behind him, then he has the potential of becoming the best player in the world. Dembélé (22) is much younger than Neymar (27) and with Leo Messi entering the latter stages of his career, Dembélé can be the next great player for Barcelona.

Barcelona fans should also remember how Neymar left in 2017. It is well documented that under Ernesto Valverde, Barcelona were heavily dependent on Messi for creativity and important goals. If it wasn’t for the great performances from their skipper, Valverde’s Barcelona would not have won back-to-back league titles and would have struggled massively.

Also, keep in mind that Neymar is only trying to engineer a return because PSG have sensed his head might not be in Paris anymore and now are not accepting his poor behavior. The Ligue 1 champions’ board is finally awake and they can see that Neymar is bringing more harm to the club with all the drama surrounding his transfer shenanigans.

Despite the laundry list of obstacles, this deal could still go through. Neymar is just 27 and still possesses the otherworldly talent that brought him to Barcelona all those years ago. However, in my humble opinion, Barcelona should not sign Neymar. If he left once, who knows how long he will stick around this time? The smart choice would be to focus on their current squad, which is brimming with talent. Re-signing Neymar may sell a lot of shirts and may bring some trophies but as was the case in 2017, Neymar is likely to leave as soon as he gets a better offer.