You are here
Home > Opinion > Change for Newcastle United – The Beautiful Game off; The ugly criminals on 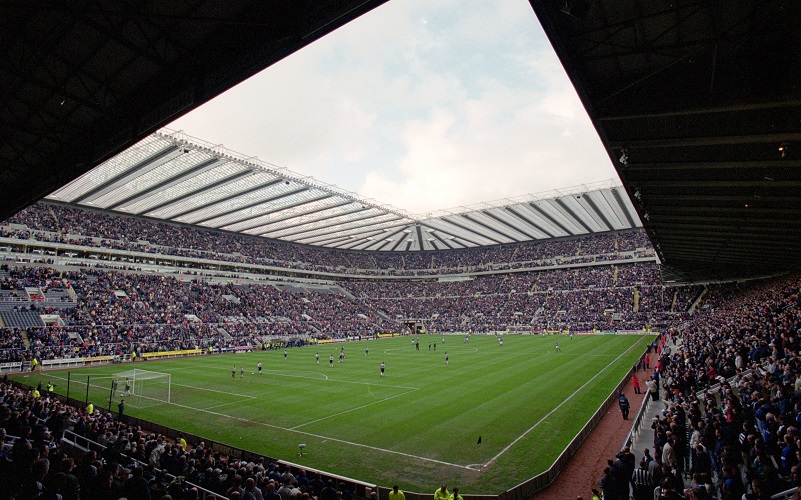 It seems only a matter of time now, for the St. James’s Park faithful expect a cash-loaded new owner to revive their dying club. Reports of big-money signings, both for players and non-players, have already started floating around the internet. But something’s not right.

Yasir Al-Rumayyan, the governor of the Public Investment Fund of Saudi Arabia and a close ally of the royal family of Mohammed Bin Salman, will be the new face of Newcastle United. He has so far funded an increasing number of sport events that include but are not restricted to La Albiceleste, the super tie between Brazil and Argentina which featured Lionel Messi, Anthony Joshua’s rematch with Andy Ruiz, European Tour golf event featuring Phil Mickelson and Dustin Johnson, and the last two Italian Super Cup finals, one of them featuring a certain Cristiano Ronaldo in 2018.

Should the deal go through, Saudi Arabia would have well and truly arrived in the sporting world. But this takeover will do little to erase the memories of those who have been wronged by the sovereign state.

On the one hand, Newcastle United need a serious upgrade, wherever you look. Ideally, this underperforming nature of a football club is what attracts someone who, say, has billions of dollars in the bank. The perfect story, eh?

So why the concern? Saudi Arabia remains under the radar of the CIA who say Saudi Crown Prince Mohammad Bin Salman is personally liable for the murder of Jamal Khashoggi. He was allegedly murdered in the Saudi Arabian embassy on Turkish soil, though the Saudis maintain he was killed in ‘a rogue operation’. Now you know why his fiancée has spoken against this move.

“There’s a name for this – it’s called ‘sportswashing.’ With the world in crisis because of coronavirus, there’s a risk that this deal could go ahead without the degree of scrutiny it should receive,”, said Felix Jakens, Amnesty International’s UK Head of Campaigns who have their crosshair firmly on the Saudi kingdom and particularly this deal, with their concerns etched in a letter to the Premier League.

It’s one thing to agree to overhaul a dying football club, and totally another to, use it to improve your political image, funding it by pirating TV rights to steal millions off legitimate broadcasters, beheading 37 people in one day, murdering a public servant for doing his job, bombing civilians in a Yemen market. But that’s all good eh, why should we care? Doesn’t bother me, does it?

There are many things to consider here. The whole dodgy nature of their new owners in waiting is unsettling.

So why are folks like those from Saudi Arabia up to this kind of business? The example of Manchester City holds the key.
“You invest in infrastructure and regeneration and that is politically a very sound decision because it gets you support from the political class of the city and it gives fans something to hold on to and also it makes you a lot of money probably at the same time,” Nick McGeehan, director human rights group Fair Square, tells CNN Sport. “It’s worked in Manchester and I would be very surprised if that’s not the model we’re looking at with Newcastle.”

BeIN, exclusive rights owner of broadcasting Premier League matches in the Middle East and North Africa, advised that the “(Premier League should) investigate the potential acquirer of the club”. Officials from the Premier League have declined to respond to these comments.

Broadcasters such as Sky Sports and the BBC also suspect of state-backed piracy of their TV rights of Premier League, claiming that all their channels and content have been made available via beoutQ set-top boxes in Saudi Arabia.

Could this glaring negligence be down to the pandemic that has gripped the attention of everyone? Maybe. Like Felix Jakens, John Nicolson, MP and Scottish National Party spokesperson for Digital, Culture, Media and Sport certainly thinks so. “It is striking that the Culture Secretary appears to be so unperturbed by the purchase of Newcastle United—by the very entity responsible for the theft and distribution of British sports and entertainment products for nearly three years.”

Though new owners of clubs need to pass the organization’s fit and proper person’s test, the Premier League’s silence is deafening. Football has always been the Beautiful Game, but if this deal were to be rubber-stamped, it would seriously tarnish an institution that has played a significant role in globalising the sport.