The 2018/19 season was Newcastle United’s second successive season in the top-flight after the drop in 2016 and the immediate promotion in the following season via winning the Championship. Veteran manager Rafa Benitez had steadied an unstable ship in Tyneside; bringing the historic club back to winning ways again. Even as questions loomed large regarding their survival in the top-flight given the incompetent leadership of Mike Ashley, Benitez delivered yet again; finishing in the top-half against all odds at the end of the 2017/18 season.

But the summer of 2018 was not very productive. The internal politics at the club, which included contrasting visions set across by Benitez and Ashley, were clearly taking a toll on the squad harmony. Star striker Aleksandr Mitrovic left the club for the newly promoted Fulham, citing that the move was ‘best for his career’. Benitez had been keen on improving the Toons’ squad to make them a Premier League mainstay again, but owner Mike Ashley did not share the same vision. Ashley never allowed Benitez to invest a sufficient amount of money into his squad, despite giving his word to him on live television that he would have ‘every penny that the club generates’. In his first summer in Tyneside, Benitez had a £30million net profit on transfers.

Even after winning the Championship and getting back into the Premier League, Benitez was only allowed to spend £43million in the summer of 2017. After an excellent season in the top-flight, Benitez spent £22million and received £44million from sales in the summer of 2018, despite his efforts to convince the board to splash the cash. His words, however, fell on the deaf ears of the ownership.

The club did break its transfer record for the first time since 2005, bringing in Paraguayan Miguel Almiron from MLS side Atlanta United in January 2019.  Fans suggest that it was nothing but a ploy to mask the board’s inefficiencies, something for Ashley to refer back to every time Benitez complained to him. Bringing in a new signing in January was hardly a way to back a manager. With the squad that the Magpies possessed at the start of the season, no one gave them a chance of surviving for yet another campaign in the English top-flight division. But Rafa Benitez did the unthinkable again, finishing the 2018/19 season at a respectable 13th position.

Benitez’s contract expired this summer and it wasn’t a surprise when he decided against agreeing on an extension, mainly due to the incompetent leadership. He reiterated that he wanted to stay; but as there was no agreement on the club’s vision with the boss, he had to make the tough call. On July 1, he left England for a whole new challenge in China, becoming the manager of the Chinese Super League side Dalian Yifang on a contract worth a whopping £12million per year – doubling his salary from St James’ Park.

The man tasked with continuing Newcastle United’s run in the top-flight is the Englishman Steve Bruce, a stark difference from someone like Benitez. Bruce has been an experienced campaigner in the Premier League, having managed clubs like Birmingham City, Wigan Athletic, Sunderland and Hull City in the English top-flight. However, one thing Newcastle fans would not like to hear is that his most recent season in the Premier League, the 2014/15 season ended in relegation. The veteran arrives at St. James Park after a successful five months in charge at Sheffield Wednesday. However, the manner of his resignation and appointment as Newcastle coach has led to complications between the two clubs regarding the compensation the Tyneside club owe the Owls.

The transfer season is a gloomy affair more often than not in Newcastle. The Toons lost one of their best players this summer as Leicester City snatched forward Ayoze Perez from the Tyneside for around £30m by activating a buy-out clause in his contract. Perez was the top-scorer for Newcastle with 12 Premier League goals last season, and his crucial partnership with Salomon Rondon allowed Newcastle to escape from the relegation zone. Newcastle will make a significantly large profit on a player signed for £1.5m from Tenerife five years back, but his departure means that the Magpies have a big hole to fill. Newcastle also failed to make the loan deal for Rondon permanent, with the Venezuelan reuniting with Benitez in China after Dalian Yifang activated his release clause of £16.5 million at West Bromwich Albion.

Steve Bruce has tried to replace the loss of the two vital forwards with the signing of Hoffenheim striker Joelinton for a club-record £40m fee. The 22-year-old netted 11 times in 35 games across all competitions last season. The Brazillian can be deployed on the wide positions as well, but Bruce has suggested that it is likely that he will be deployed up front. The new signing will be under pressure to perform right from the off as Newcastle lack depth in their strikeforce.

They still need to make more signings, though. Midfielder Mohammed Diame announced that he would be leaving the club at the end of the season upon the expiry of his contract, and while the French-born Senegalese was nothing spectacular; he could get the job done. This means that Newcastle should still be in the market to get his replacement. As things stand, the man replacing Diame might very well be Henri Saivet, who’s returning from a loan at Bursaspor.

There has been interest in Harry Wilson. The Liverpool winger is valued at £20 million, and such a price-tag is likely to put the ownership off after splurging big money on Joelinton.

The fixture gods haven’t been kind to Newcastle, who play host to Arsenal on the opening weekend of the season. Two weeks later, they’ll make a trip to the new Tottenham stadium. With five top-six sides in the first 10 fixtures, the Toons have an unenviable start to the new season.

With a new manager who is managing in the Premier League after relegation in his previous stint four years ago and a largely un-replenished squad desperate for upgrades, it’s difficult to see Newcastle anywhere other than the relegation zone as autumn rolls into winter.

From November right until the Boxing Day, the schedule eases a little bit, but Newcastle still have their work cut out for them throughout the first half of the season.

Bar a trip to the Emirates, Newcastle has a relatively comfortable February and March, facing teams mostly from the bottom half of last season’s table; but they have to be careful and not be stranded too far away from safety in the relegation zone.

The Magpies also cannot afford to leave it late for survival, with 3 of their last 6 games of the season against top-six clubs.

Steve Bruce is usually an unexciting, safety-first kind of a manager as supporters of Sheffield United, Birmingham City and Wigan Athletic will attest. He has a reputation of resigning or leaving to continue his career elsewhere, as his previous employer, Sheffield Wednesday can vouch for.

A cautious manager by trade, Bruce is another name on a list of old English managers who have failed to adapt to the modern game and continues to deploy the notorious 4-4-2. While at Aston Villa, despite boasting the most expensive squad ever seen in the second tier of English football, Bruce failed to mount a real challenge for the top two, thanks to a lack of clarity in the tactical approach of the game and in the end, his side had to settle for a playoff place and lost to a possession-hungry Fulham in the final. Later, Bruce would come out and say he ‘doesn’t know why’ two strikers upfront did not work, a tactic he has deployed throughout his managerial career.

What Bruce does at his clubs is steady the defence, sort out the team and begin to make small improvements. Benitez had a good solid back 4, conceding fewer goals than Arsenal and Manchester United last season. It will be no easy job to emulate the organizational master Benitez while setting up the defence and even if he does that, the question remains whether he can be comparable to Benitez tactically.

So, tactically speaking, there is nothing new coming up this season for Newcastle fans to look forward to. Nothing that will make us all go ‘wow’. We can expect and almost surely see a 4-4-2 with Joelinton and one of either Dwight Gayle or Yoshinori Muto upfront. January arrival Miguel Almiron, winger Christian Atsu and Matt Richie will battle it out for the two wide-midfielder positions, providing crosses for the two men in the middle upfront.

Benitez frequently rotated his central midfielders in the starting line-up; so it remains to be seen who Steve Bruce decides to go with. The options he has are Korean Ki-Sung-Yeung, Premier League veteran Jonjo Shelvey, Isaac Hayden, and the young Sean Longstaff.

The back four is likely to remain unchanged with captain Jamaal Lascelles returning to anchor a solid backline alongside Fabian Schar. Martin Dubravka has been extremely impressive in goal for the Magpies. DeAndre Yedlin’s injury problems mean that we might see Bruce preferring Javier Manquillo at right-back.

The approach would be cautious, but Newcastle has the potential to hurt their opponents on the counter or via one long ball that finds Joelinton. The Brazilian is known for his hold-up play and that can allow runners to get in good positions for scoring or crossing. Bruce will hope that he can gel in with his teammates and get on the same wavelength as soon as possible.

Even before the season begins, Newcastle fans know that it would take a miracle to ensure Premier League football stays at St. James Park. Benitez was a manager who overachieved by big margins in all his time at Newcastle and his successor, Steve Bruce might not be one with the same caliber as the Spaniard.

It is clear why Steve Bruce is such an attractive prospect for the ownership. He is not the one who has tasted the success of big clubs before like Rafa Benitez had; and he would not be the one who calls for more and more money to be invested into the squad to make Newcastle a better team, like Benitez, had. In Bruce, he is getting a manager who doesn’t evolve, adapt, deviate, experiment but instead relies solely on the same, turgid, two-banks-of-four, direct football philosophy he has made a career out of.

He is no Sam Allardyce, the mastermind behind saving teams from relegation, but he is a very good impression of him- one who doesn’t account for the standard or style of football played, the joy of the fans, the progress of players, and someone without a clear long-term project in his mind.

He enters the fray in a highly toxic atmosphere, with thousands of season tickets unsold as a mark of protest against the unpopular ownership of Mike Ashley. For a boyhood Toon faithful, it would be nothing short of a fairy tale if Bruce manages to keep Premier League football at St. James Park for another season. 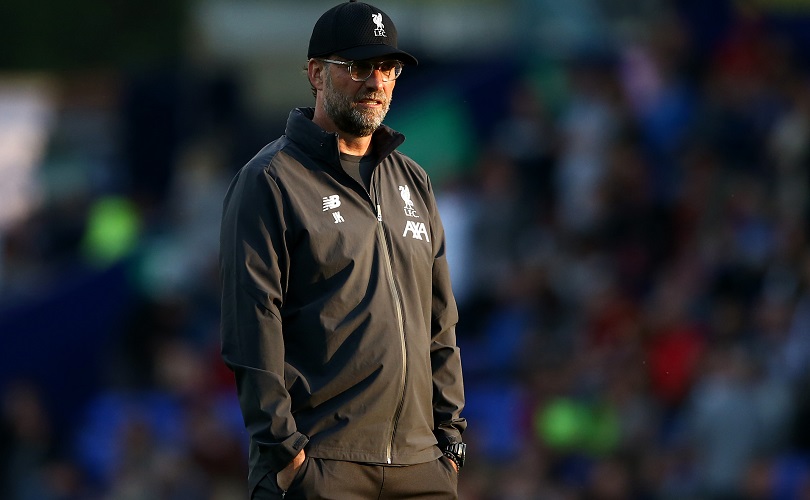 Read More | West Season Preview – Manuel Pellegrini Has Steadied The Ship At West Ham, Can He Take Them One Step Further? | 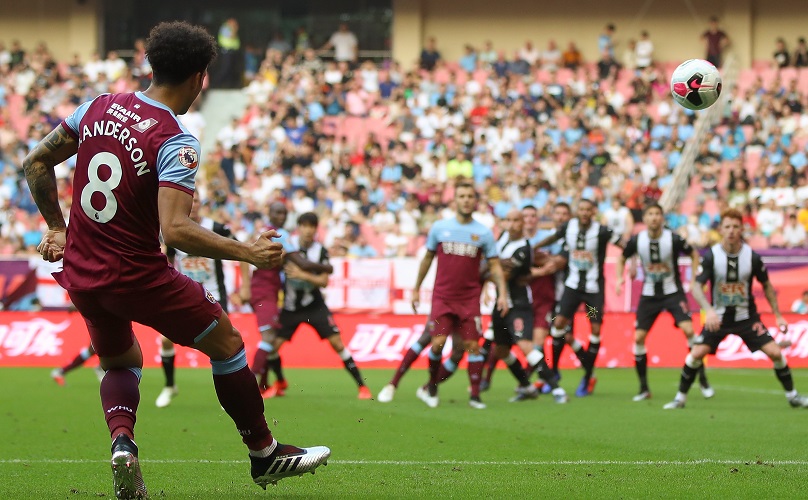