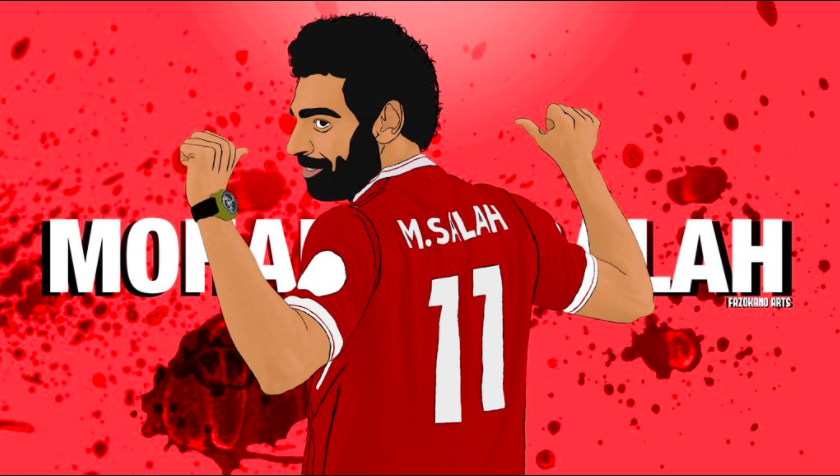 ”If we can, the club will do everything possible to match the value of the player. If they end up going to another club that is difficult to take. But you can’t worry about it, you’ve just got to keep looking forward.”

Brendan Rodgers was left bitterly disappointed late in the January transfer window of 2014 as Liverpool missed out on Mohamed Salah. After monitoring the 21-year-old’s progress at Basel, the Reds recognised a need for attacking reinforcements in the midst of their unlikely title tilt. Talks came to a halt as Liverpool balked at the £12 million asking price, and Chelsea took full advantage. The Londoners gazumped the deal at the last minute and Salah made his way to Stamford Bridge. It wasn’t the last time that season that Liverpool were left feeling like the ‘nearly’ men by Chelsea.

To say Salah’s half season in Blue was a disaster is to put it kindly. So when Liverpool announced the club-record deal to bring him back to England this summer, there was plenty of fodder for the sceptics. What their criticism didn’t account for was Salah’s fine upward trajectory in the Serie A, first with Fiorentina, and then Roma. The last of his campaigns was particularly impressive – his deadly partnership with top scorer Edin Džeko propelled Roma to 2nd. Perhaps his ability to link up with the attack from the wings is what jumped off the page in his scouting report. Or maybe it was Sadio Mane’s impressive debut campaign that convinced Klopp to search for his other half. Either way, not even the most optimistic of Kopites would’ve foreseen what Mo Salah had in store for them.

Fast forward to the business end of the season, and Salah is well on course for one of the finest debut campaigns English football has ever seen. 31 goals in his first 37 games has seen him match Luis Suarez’s excellent last season at Anfield. 23 of those have come in the Premier League meaning he’s sandwiched between Harry Kane and Sergio Aguero in the race for the golden boot. For a wide man to match the League’s sharpest hitmen at their own game is just one of the reasons why Salah would’ve had the Player of the Season award wrapped up by now had it not been for a certain Kevin de Bruyne.

But even such staggering numbers fail to do him justice. Salah isn’t just content with the lion’s share of the limelight – he thrives on shining it on others. And so when he isn’t scoring, rare as that may be, Salah is the spearhead of an elite front three alongside Roberto Firmino and Sadio Mane. The maverick threesome have stamped their authority across Europe, matching the likes of Real’s ‘BBC’ and PSG’s €450 million Neymar-Mbappe-Cavani triumvirate, and then some. Many feared the worst when the ‘Fab Four’ were whittled down to three following Philippe Coutinho’s move to Barcelona but if anything, the Reds attack seems all the better for it.

And it’s not just in the Red of Merseyside that Salah has run the show. With Egypt’s World Cup qualification set to be decided in their final game, it was Salah who stepped up to take a penalty in the 95th minute with the score at 1-1. Even with the hopes of a nation on his shoulders, there was only one outcome. Egypt were through to their first World Cup in 28 years and he was the man to carry them there. His people flooded the pitch at the full time whistle in sheer delirium and everyone knew then that this was the night Mo Salah was crowned King of Egypt.

2017 was good but if the first two months are anything to go by, 2018 is the year of Salah. It’s his world and we’re just living in it. But you already knew that.

Feature Image via Fazoka on deviantart

Salah Image via These Football Times

One thought on “Mo Salah:The King of Egypt.”