Abir Chaudhuri with his first piece for EADF.

I just don’t think you understand.

The love, pride, and admiration in these words towards Mesut Ozil, the German playmaker and attacking midfielder, from the Gunners, the Arsenal fans and faithful, goes on to show his importance in the Arsenal squad. But when the same level of admiration, respect, and love is not shown to Ozil at the national level, even after helping Germany in securing the FIFA World Cup just four years ago, the German politicians and German club officials accuse him of being a burden for the German national team and point fingers to his nationality and show religious bias towards him, Ozil has no other option but to retire and hang up his beloved Die Mannschaft shirt. 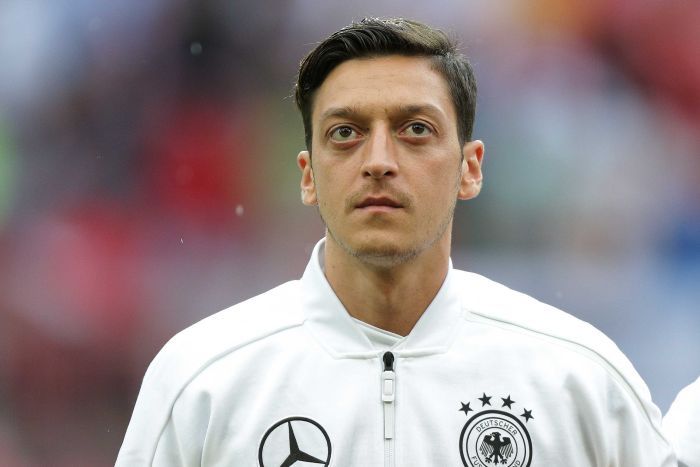 Mesut Ozil has been nothing but sensational for the German National Team, since making his debut for Die Mannschaft in 2009. He was a very special player when he arrived in the team, a ‘no strings attached’ playmaker Germany was in dire need for many years, to orchestrate their play on the field. And he didn’t disappoint at all with his performances. He has all the stats on his side. Since making his Germany National Team debut in 2009, Mesut Ozil has 40 assists, most in the German National Team history.

Ozil has won the German Player of the Year trophy 5 times in his career. And yet some German politicians and ex-footballers dare to doubt Ozil’s love and performance for Germany just because of a photo he clicked with Mr Recep Tayyip Erdogan, the current Turkish President, with whom Germany’s political relations have never been good. It’s more than evident that Mesut Ozil is just being made a scapegoat for Germany’s disastrous show at the recently concluded FIFA World Cup at Russia.

Mesut Ozil was the standout performer for Germany vs South Korea, a match which Germany lost and subsequently sent home packing from the 2018 World Cup, thanks to injury time goals from Young-Gwon Kim and Heung-Min Son. German National Team head coach Joachim Loew backed up Ozil’s performance in the tournament, and yet he was made the scapegoat by the German media for his nation’s failure at the World Cup. They forgot his contributions for the national team in previous major tournaments, since World Cup 2010, in South Africa, to 2016 Euro Cup, in France.

He was the standout performer for Germany in the 2014 World Cup semi-final as well as in the final where they steamrolled Brazil, securing an emphatic win of 7-1, and against Argentina, respectively. And yet they remembered and blamed a certain picture of his taken with the President of his native country, taken some weeks before the tournament. They even forgo the fact that since making his debut for Die Mannschaft, Mesut Ozil has started 27 out of a possible 28 games at major tournaments.

It is quite easy for the German media and fans alike, to blame a single person for the failure of a whole team, but it shouldn’t be in this case, especially blaming it all on Ozil, when the team as a whole was lacklustre in all the three group games they played. Joachim Loew has always backed Ozil, and yet people blame him, saying he is ‘invisible on the pitch’.

Ozil’s retirement from the German National Team may have come as a surprise to many of his fans, but it was the least he could do to fight back the racist slurs being thrown at him by various German media houses. They do not realise, and shall never realise till they see Germany play without Ozil, that they are losing a one-of-a-kind player from their squad, one of the last breed of carefree, no strings attached players, who thrive when handed freedom on the pitch, playing right behind the striker, connecting the attack to the rest of the midfield. The real crowd entertainers on the pitch, bringing to life the actual meaning of football, the beautiful game! But nothing to worry for the neutral fans, they can always tune into the Premier League and watch Arsenal play to see Mesut Ozil weave his magic on the pitch and orchestrate attacks, just like always.