Not only is it the oldest club competition in the world, but the FA Cup has also served up some of English football’s most iconic moments the game has ever seen. From third round giant killings to some  damn right outrageous scorelines, the FA Cup has witnessed it all and captured the hearts of football fans across the globe.

Winning the FA Cup is often seen as a great achievement in a player’s career, and participating in the final itself is an occasion nobody forgets, win or lose.

Here, we take a look back at some of the best FA Cup Finals from yesteryear.

The 1953 FA Cup Final is arguably the most iconic final the competition has ever witnessed. Typically referred to as the ‘Matthews Final’, it’s the only final that a hat-trick (Stan Mortensen) had been scored and the game will be fondly remembered for the heroics of Sir Stanley Matthews. The Blackpool legend rallied his teammates after they were trailing 3-1, leading them to a 4-3 win, with a last minute winner from Bill Perry proving decisive.

Not only did Coventry City provide a surprise win against their more illustrious opponents in 1987, but commentator John Motson also described it as “the finest Cup Final I’ve had the pleasure of commentating on.” 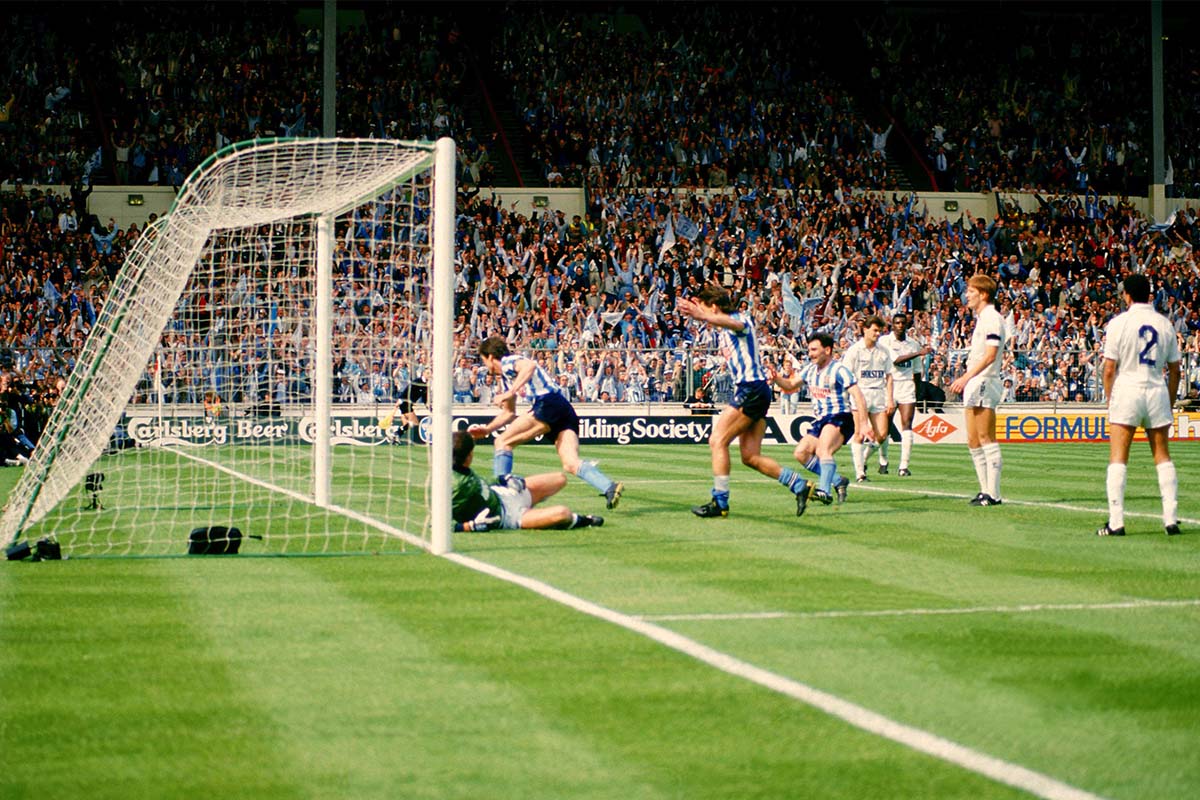 Tottenham Hotspur were red hot favourites going into the game but with the game locked at 2-2, an additional 30 minutes were required to determine a winner. That goal came via a deflection off Gary Mabbutt’s knee past his own goalkeeper, giving the Sky Blues their only ever FA Cup against the odds.

Although the first game between Tottenham and Manchester City was a rather drab affair that ended 1-1, the replay is one of the most memorable FA Cup finals in recent history. Ricky Villa opened the scoring after eight minutes before Steve MacKenzie got City back on level terms just three minutes after. 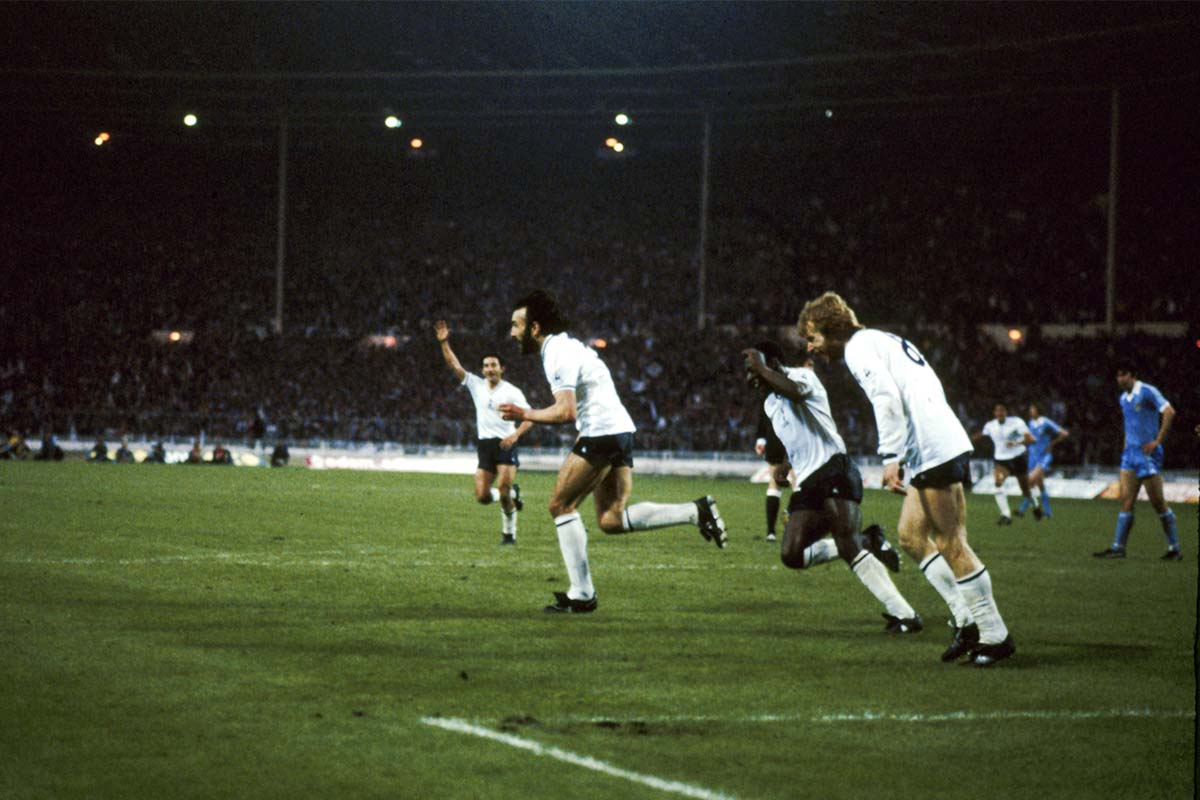 Kevin Reeves converted a penalty to give the Citizens the lead before Garth Crooks drew the north Londoners level with 70 minutes on the clock. With Spurs firmly in the driving seat, Villa scored one of the best goals the FA Cup has ever seen. Picking the ball up some 30 yards from goal, the Argentinian winger waltzed past four City defenders before dispatching past Joe Corrigan. A goal that’ll live for eternity in Tottenham folklore.

The scoreline might not suggest a classic but the way the 2001 final panned out was truly stunning. For nigh on 70 minutes, Arsenal peppered the Liverpool goal but it wasn’t until Freddie Ljungberg struck in the 72nd minute that the north Londoners took the advantage. It was no more than what Arsene Wenger’s side deserved but what happened in the remaining 18 minutes will haunt him for the rest of his life. Liverpool started to press and found an unlikely equaliser through Michael Owen, who fired home from eight yards past David Seaman.

The England striker then took it upon himself to bring the cup back to Merseyside, outpacing the entire Gunners defence and sent his low shot inside Seaman’s far post. The Millennium Stadium erupted at the final whistle as the Arsenal players hit the turf in pure disbelief at how they weren’t victorious. The Gunners can taste European glory this year with their Europa League hopes very much alive. Check out all the latest markets here.

The FA Cup final that quite literally had everything.

You’ll be hard pushed to find a more exciting and gripping finale than the 2006 showpiece between Liverpool and West Ham United. The Hammers took a surprise 2-0 lead via a Jamie Carragher own goal and a Dean Ashton strike on 28 minutes before Djibril Cisse halved the deficit just four minutes later. 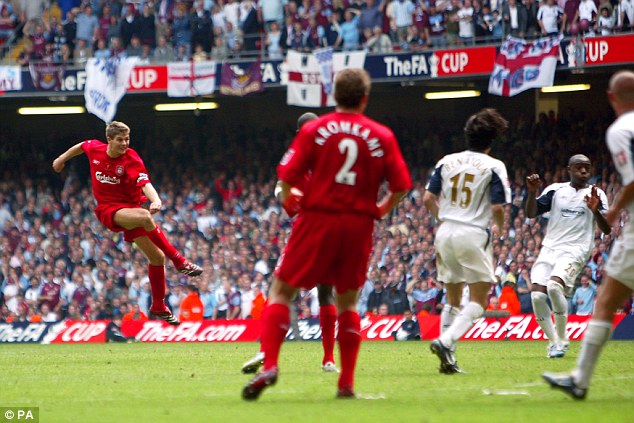 Enter the second period and enter Steven Gerrard. The Liverpool skipper grabbed the game by the scruff of the neck and made the final his own, scoring the equaliser for Rafael Benitez’s side. With the game seemingly swinging in Liverpool’s favour, West Ham turned the game on its head once more when Paul Konchesky scored but Gerrard wasn’t finished. From all of 30 yards, the Reds skipper met a loose ball and crashed home a superb volley beyond the reach of Shaka Hislop in the very last minute. The Reds went on to win 3-1 on penalties to claim their seventh FA Cup.