The 90s are making a comeback – from chunky sneakers to denim overalls, from Captain Marvel to talks of a Spice Girls reunion – throwbacks are aplenty to the mania of a time when the world was just a better place. And it’s not just in music, fashion or cinema that 90s nostalgia is booming, but also in European Football – and for that, we have Ajax to thank.

The young cubs of Amsterdam roared in Europe this season as they did back in their 90s heyday. Before they were cruelly denied a return to the UEFA Champions League final for the first time in 23 years, they laid waste to Real Madrid and Juventus in a run that would’ve made the Champions of 1995 proud.

And as was the case with Davids, Seedorf, Kluivert, and co, most of Erik ten Hag’s class of 2019 will also look to move on to pastures new in a bid to further their legend. As Frenkie de Jong embarks down the familiar path to Barcelona, it will be interesting to see what the future holds for the other crown jewel of Ajax, Matthijs de Ligt.

A defender with wisdom far beyond his tender years, de Ligt is unrivaled as the world’s best youngster in his position. Having already been trusted with the captain’s armband for his boyhood club, de Ligt is also a fixture for the Dutch side. Under Ronald Koeman, the Oranje have enjoyed a fine resurgence with de Ligt at the very heart of it. His fine performances at the highest level of the game despite being only 19 make him, without a doubt, the most in-demand central defender in Europe at the moment. Here we take a look at some of the most likely destinations for the Dutchman:

It is no secret that Barcelona will be in pole position for de Ligt’s signature, such is the bond between Johan Cryuff’s former clubs. As was evident with the signing of Frenkie de Jong earlier this year, even the Ajax board would prefer if their skipper continued his development at the Camp Nou.

As Gerard Piqué approaches the latter stages of his career, the La Liga champions are naturally looking for his replacement. With no obvious candidates emerging from the La Masia anytime soon, Barcelona will have to turn to the next best thing. Schooled in the principles of Total Football and stylistically very similar to Piqué, the Blaugrana hope de Ligt can benefit from the Spaniard’s tutelage as he did when playing alongside Carles Puyol.

The allure of being teammates with Lionel Messi and a potential reunion with de Jong could be decisive in making up his mind. However, the dotted line isn’t signed just yet, with a big obstacle in the way. De Ligt’s agent Mino Raiola has a colourful history with Barcelona and would rather see his client go to the highest bidder with a massive 20% commission on the line for him. As was the case with Paul Pogba’s move to Manchester United in 2016, the Italian super-agent may price the Catalan giants out of another transfer. 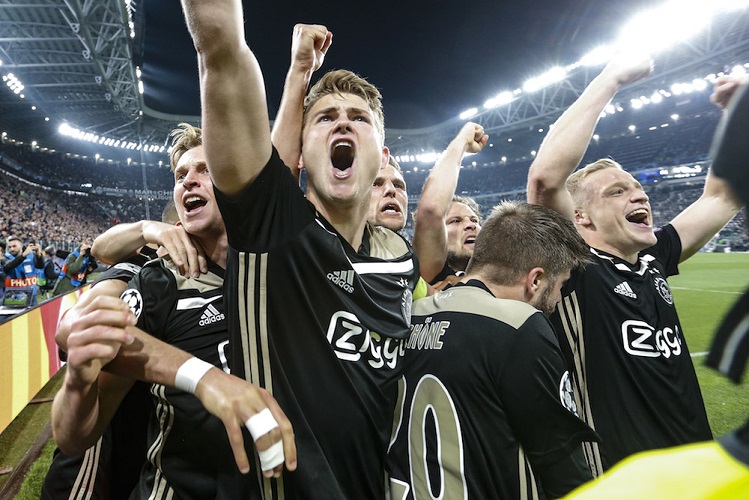 Before last summer, one wouldn’t have thought much of Juventus’ financial muscle. While the Turin club has dominated the domestic landscape in Italy for close to a decade, that didn’t necessarily translate into a seat at the table with Europe’s biggest spenders.

That all changed last summer when they announced the stunning capture of Cristiano Ronaldo from Real Madrid. A transfer fee north of €100 million and huge wages that came with it showed that Juventus have cash in the bank. That is precisely where they have the upper hand over Barcelona.

Not only are they willing to match Ajax’s quoted figure in the ballpark of €60-70 million, but are just as importantly ready to pay Raiola’s desired commission and offer wages that match de Ligt’s increased demands.

Andrea Barzagli announced his retirement in the season end celebrations, while Leonardo Bonucci and Giorgio Chiellini aren’t getting any younger. With hopes of sustaining their domestic dominance and the hunt for the elusive Champions League still on, de Ligt should be at the very center of Juve’s plans for the next decade.

Jürgen Klopp has done well to return Liverpool to Europe’s top table since he took charge in October 2015. Back-to-back Champions League finals and a thrilling, if unsuccessful, title bid against Manchester City shows that the Reds are well and truly amongst the finest teams in the continent right now.

One player who has had a big part to play in that is Virgil van Dijk. His £75 million arrival heralded the start of a period which has seen Liverpool’s defence become one of the best in the world. The prospect of him starring alongside de Ligt is tantalising, having already seen the pair dominate opposition attackers for the Netherlands.

It remains to be seen if the Champions League finalists will splash the cash on another centre-half when the likes of Joël Matip and Joe Gomez are coming off such strong campaigns, or choose to invest in other areas of the squad. For now, this one seems more in the realm of Football Manager than actual reality.

The Allianz Arena has also been touted as a possible destination for de Ligt to ply his trade. Following another Bundesliga title party and all the beer showers that came with it, Bayern were faced with the realisation that they are very much in a period of transition. The old guard of Jérôme Boateng and Mats Hummels is on the decline and like Arjen Robben and Franck Ribéry, will gradually be phased out of the team.

Usually more frugal than the rest of Europe’s elite in their transfer dealings, Bayern have ditched their reserved approach in the market and have already spent £100 million on France’s World Cup-winning full-backs, Lucas Hernandez and Benjamin Pavard. That said, the Bavarians, like Liverpool, will likely address other positions and may not pursue de Ligt with the same ambition that the intense competition for his services demands. 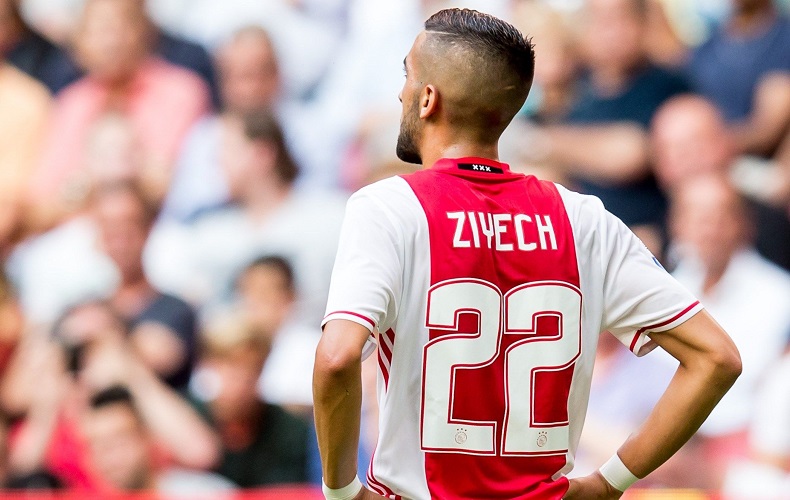