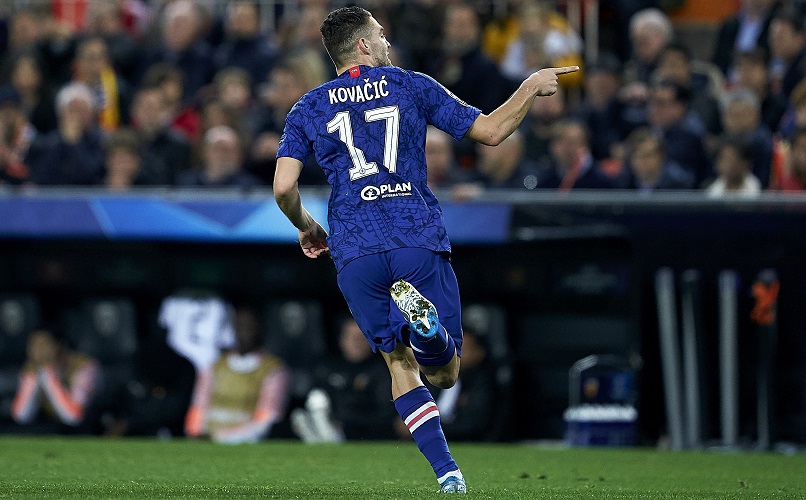 In spite of their Europa League success, Chelsea’s 18/19 campaign under Maurizio Sarri was widely acknowledged to be below average amongst their fan base. After a good start to life under the then newly appointed Italian, Chelsea soon found themselves struggling to get results as teams had figured out how to counter Sarri’s rigid 4-3-3 system. Despite this, Sarri remained stubborn with his tactics and naturally, this drove a portion of the club’s fans to call for his head. Along with him, a number of players had also received heavy criticism for a string of subpar performances, one of them being Real Madrid loanee Mateo Kovačić.

However, eyebrows were raised when Chelsea decided to make his move permanent in the summer for a whooping £40million, as he was regarded to have been brought in to make up the numbers. The transfer ban enforced onto the club meant that the Croatian was the only midfielder eligible to sign for Chelsea, as he was previously registered with the club. Nine months on and Kovačić is no longer viewed as an ‘emergency signing’ and is broadly acknowledged as the club’s best player of the season so far.

The 25-year-old’s success this season can be largely attributed to Chelsea’s new gaffer for the 19/20 season, Frank Lampard. The 4-3-3 employed by Sarri during the 18/19 season lacked fluidity, each player was given a very specific role, depending on their position. His midfield three consisted of one defensive midfielder who operated as a deep-lying playmaker, a right-sided central midfielder playing box-to-box and an attack-oriented left-sided central midfielder. Kovačić was made to play as the left-sided midfielder of the trio, and therefore took up positions further up the pitch. As a result, he struggled to get touches on the ball and often looked lost in trying to act as an attacking outlet for the team. As good a manager as Sarri maybe, this was an occasion where he grossly misjudged a player’s skill set.

Since Lampard’s arrival last summer, the focus at Chelsea has shifted from perfecting a particular system to identifying how the talents of the players can be best utilized. This has largely benefited Kovačić, who has now been given the opportunity to collect the ball from deep and help his team in quick transitions from defence to attack. He’s proven himself efficient at maneuvering in tight spaces, with defenders struggling to get the ball off his feet. This ability of his enables him to take on players, quickly carry the ball forward and create spaces for his teammates.

“Last year I was tied to a specific area, which became a bit predictable for our opponents and made it harder for me,” said Kovacic in an interview with FourFourTwo.”Lampard gives us more freedom to assess situations. It has proved to be a good tactic, as it gives us unpredictability. We’ve scored lots of different goals this season.”

If watching the midfielder play isn’t enough to convince you of his talent on the ball, he also has the numbers to back it up as well. As per WhoScored, his dribble success rate of 86% is the highest in the Premier League. He also completed 2.8 successful dribbles per 90, which is the most by a Chelsea player and is also more than any other central midfielder in the Premier League. This, combined with his potency at releasing the forwards, has made Kovačić integral to the Blues’ build-up play this season.

His deeper starting position under Lampard has allowed him to significantly improve his defensive contributions as well, making more tackles and interceptions this season than he did under Sarri. His quick feet have also enabled him to come out of most 50/50 challenges with the ball, winning 6.0 ground duels per game — the highest amongst Chelsea players.

Over the course of the season, Lampard has regularly tinkered with his starting eleven, often taking the opposition into consideration while choosing his side. Due to this, Kovačić has been required to exhibit versatility and has proven himself capable while playing in a double pivot in Lampard’s 4-2-3-1, as a part of a midfield trio in a 4-3-3 and also in a two-man midfield with wing-backs and inside-forwards in a 3-4-2-1. Together with Jorginho, they’ve been able to make up for Kante’s absence for the most part of the season, as the Frenchman has been struggling with a series of injuries.

While Kovačić has showcased his talents in the middle of the park, he still leaves some wanting when it comes to his contributions in attack. The Croatian’s goal at the Mestalla last November brought an end to a 122 game goal drought across club competitions, stretching back to January 2017, when he scored in Real Madrid’s 3-0 against Real Sociedad at the Bernabeu. He is also yet to record more than 4 assists in a season, a feat he accomplished nearly 6 years ago during his time at Inter. Although goal contributions aren’t what box-to-box midfielders are primarily judged on, improving his game in the final third will go a long way in making him a more complete player — one who is capable of making the difference for his side in difficult situations.

According to Kovačić himself, this is something that Lampard has identified and has had the Croatian work on. “He (Lampard) has joked about that before but I also think he was being serious, because he knows I should score more goals. He has been preparing me to arrive late in the box to score more goals and it is just a consequence of training hard and preparing myself,” said Kovačić as per the Chelsea website, after he scored his first Premier League goal at Goodison Park last December. Over the course of Lampard’s career, he mastered scoring goals with late runs into the box, and if he can pass that ability on to Kovačić, the Croatian could turn into one of the most dangerous midfielders in the division.

One player who Kovačić is often likened to is his compatriot, Luka Modric. While the 2018 Balon D’or winner is a much more gifted player in terms of attacking talent, his time at the Bernabeu has been characterized by his ball retention capabilities in the middle of the park. Prior to his move to Stamford Bridge, Kovačićwas widely considered to be Modric’s natural successor at the White House. Kovačić, however,  made the right decision by moving to London instead of biding his time, as the veteran is still running strong as a part of Madrid’s first team set up. The move also suits Real Madrid, as Martin Odegaard possesses a similar skillset and should be ready to break into Los Blancos’ first-team when Modric chooses to hang up his boots.

Kovačić turns 26 in May and still has the best part of his career ahead of him. At Chelsea, he has the opportunity to grow under Frank Lampard, who may lack experience, but has proven himself capable of nurturing talent — as we’ve seen with Tammy Abraham, Mason Mount, and Fikayo Tomori. Stamford Bridge may well be the best place for Kovačić to develop into a world-beater, but only time will tell if it remains the best place for him to spend his prime years, once he does.