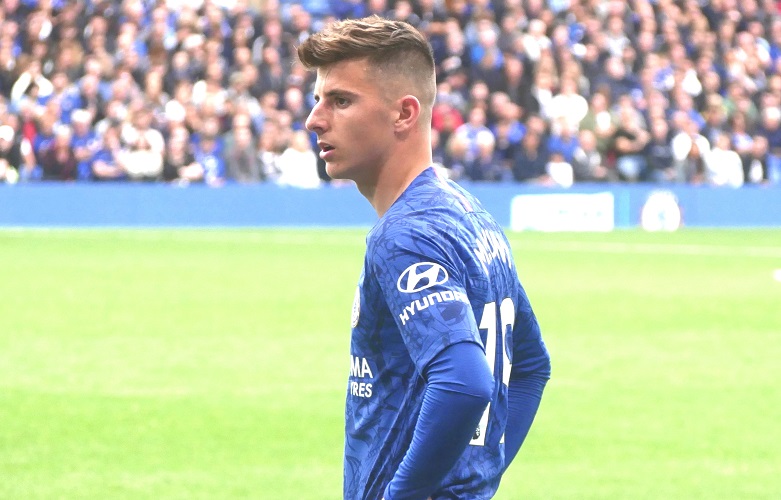 In the highlights of international football, we’ve seen several youngsters step up their game for their respective countries and in particular, Chelsea star Mason Mount has piqued the interest of Jamie Redknapp following his last performance.

The retired English midfielder took to the media to urge the Blues youngster to show more activity in the final third on the field.

Jamie Redknapp, who played as a midfielder for Liverpool for 11 seasons, claimed that the 21-year-old midfielder has the potential of becoming England’s Kevin De Bruyne after making out some similarities between the Chelsea youngster and the Manchester City midfielder in their clash in the UEFA Nations League on Sunday, in which casino français tabled interesting odds for earlier before the match.

The Three Lions were able to defeat Belgium in a 2-1 victory at Wembley Stadium after suffering a 1-0 defeat in the first half of the game.

The Belgians were able to take the first lead early in the game through a penalty scored by striker Romelu Lukaku in the 16th minute of the game.

The penalty was created after Eric Dier made a clumsy challenge on Belgian forward Lukaku, who outpaced him, thus leading the referee to award the penalty. The forward was able to take the Belgian 1-0 up in the first half.

After taking the lead, the Belgian proceeded to dominate until the second penalty of the game was handed to the Three Lions by the referee after seeing Thomas Meunier hold back Liverpool midfielder Jordan Henderson in the box.

Manchester United forward Marcus Rashford stepped up to the box to take the penalty. Simon Mignolet was unable to prevent Rashford from the back of the net from the spot. The goal served as a spark as well as a turning point for England in the game just before the break.

The Gareth Southgate’s team were finally able to take the match-winning lead in the 64th minute after Kieran Trippier nodded a cross back to Mason Mount at the edge of the box, who found the top right corner of the post with a little deflection from the body of Toby Alderweireld.

This goal and his overall performance for the Three Lions in the game helped the Chelsea youngster win the Man of the Match award.

De Bruyne, on the other hand, was also explosive for the Belgians in the game as he was responsible for almost all the most dangerous attacks of the Belgians with his decisive passes and his partner up with Yannick Carrasco.

Mount has a lot in common with the Belgian midfielder when it comes to their ability, according to Redknapp, who wants the Chelsea midfielder to approach a game the same way De Bruyne does.

Speaking to Sky Sports via Goal, the retired English midfielder said: “They’ve (Belgium) got such an incredible player. We were purring watching some of Kevin De Bruyne’s passes. He was picking up pockets.

“When we talk about Mason Mount, I want him to do that more. Kevin De Bruyne is playing in a position in a three, but he was still getting a license to go and get the ball.

“Wherever the ball is, he’ll find it. Mason is that player who can do it for us, you don’t have to just stay on the right side, come inside.

“For the goal, that’s where he gets that fortune, which he deserved because he came inside and scored the goal.”

You’ll gave a chance to watch the 21-year-old midfielder in action on Saturday as the Chelsea host Southampton in a Premier League match for game week 5 and online blackjack casino already has impressive odds waiting ahead for the fans.

Mason Mount broke into Chelsea’s first team last season in Frank Lampard’s first return to Stamford Bridge as manager and has ever since cemented a place for himself in the starting lineup.